Can I know what are the ticks at y axis mean? 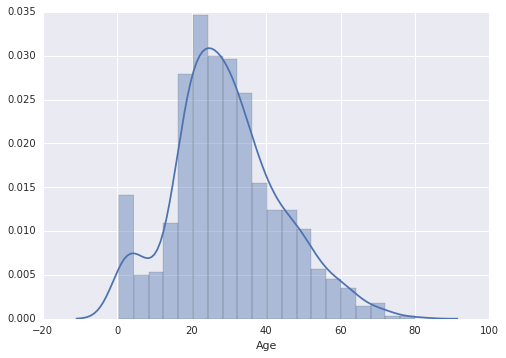 How to learn more about distribution of age column from the dataset from the graph? Can anyone explain what are the ticks at y axis? How to learn from this plot.

The scale on the y-axis is called "density".

A density is not a proportion (in particular it can be > 1).

Instead, this scale is such that the area under the histogram equals 1.

This scale is convenient for it allows the evaluation of probabilities.

For example the (estimated) probability of falling below 20 is the area of all rectangles on the left of 20.

From this plot, one can say, e.g., that the observed population density (here you can take "density" in its common use) is highest where the age is between 20 and 40 and lowest after 60.

Not the answer you're looking for? Browse other questions tagged histogram or ask your own question.

3
Uniform frequency from non-uniform (exponential) distribution?
3
Histogram/distribution fitting for this dataset with unequal and open-ended intervals?
1
Frequency Distribution Test Vs. Chi Square Goodness of FIt
0
draw histogram by hand and then calculate probability density function from that