How many times do we sample from $Q(z|x)$ in a Variational Autoencoder? 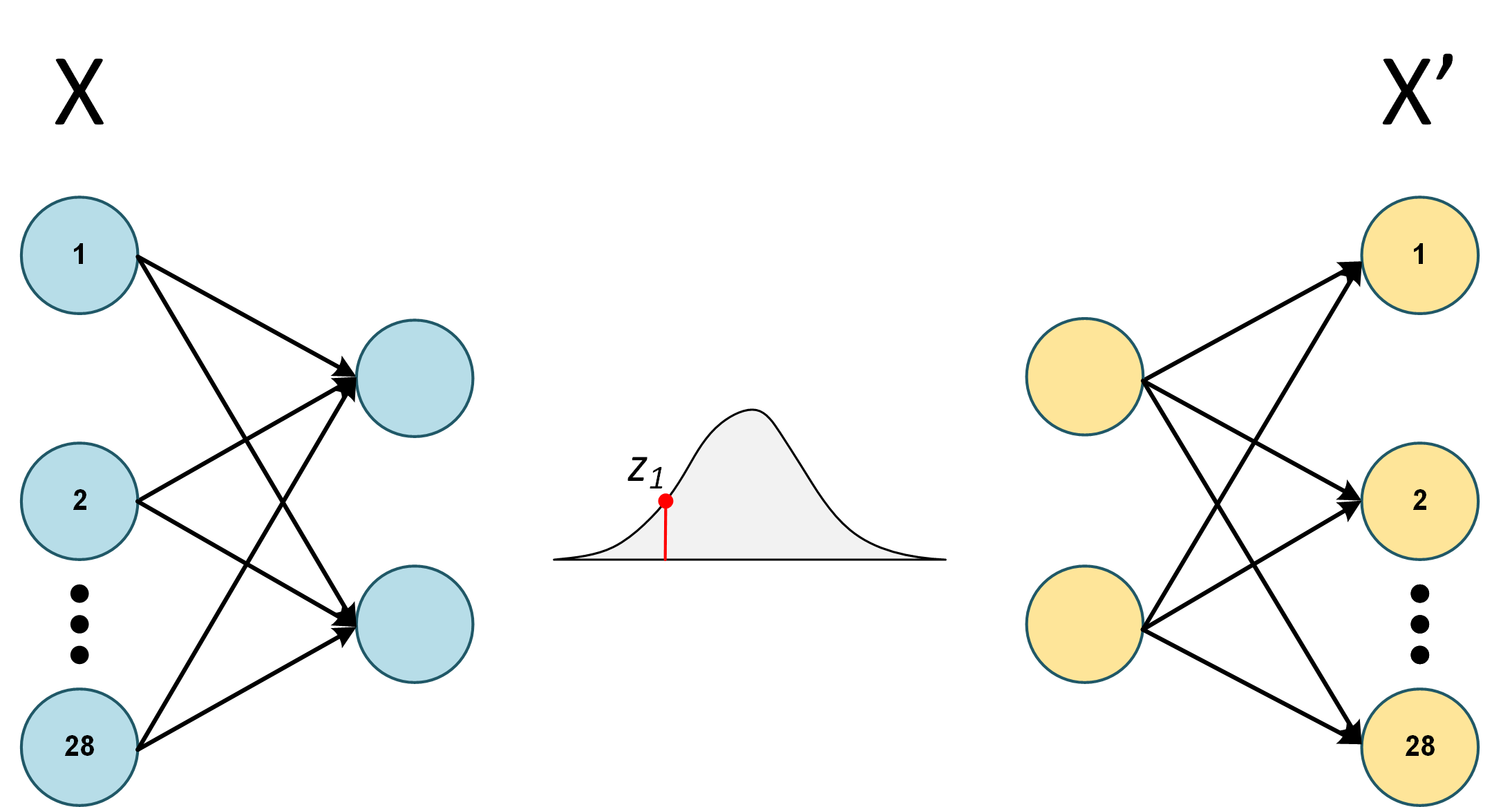 Also, just for simplicity lets calculate the expectation of the likelihood part of ELBO instead of the whole thing.

Since, the posterior is Gaussian and we sample only once

Note that $Z_1$ in this case is a single value, and we are summing the error for each node

If we were to sample twice instead - would the expectation be

Now if this is correct then it deserves a follow up question. As mentioned in the answer below, we do not really need to sample so much. So, say we sample twice independently - but it just so happens that the second sample $Z_2$ is much closer to the mean of the distribution. 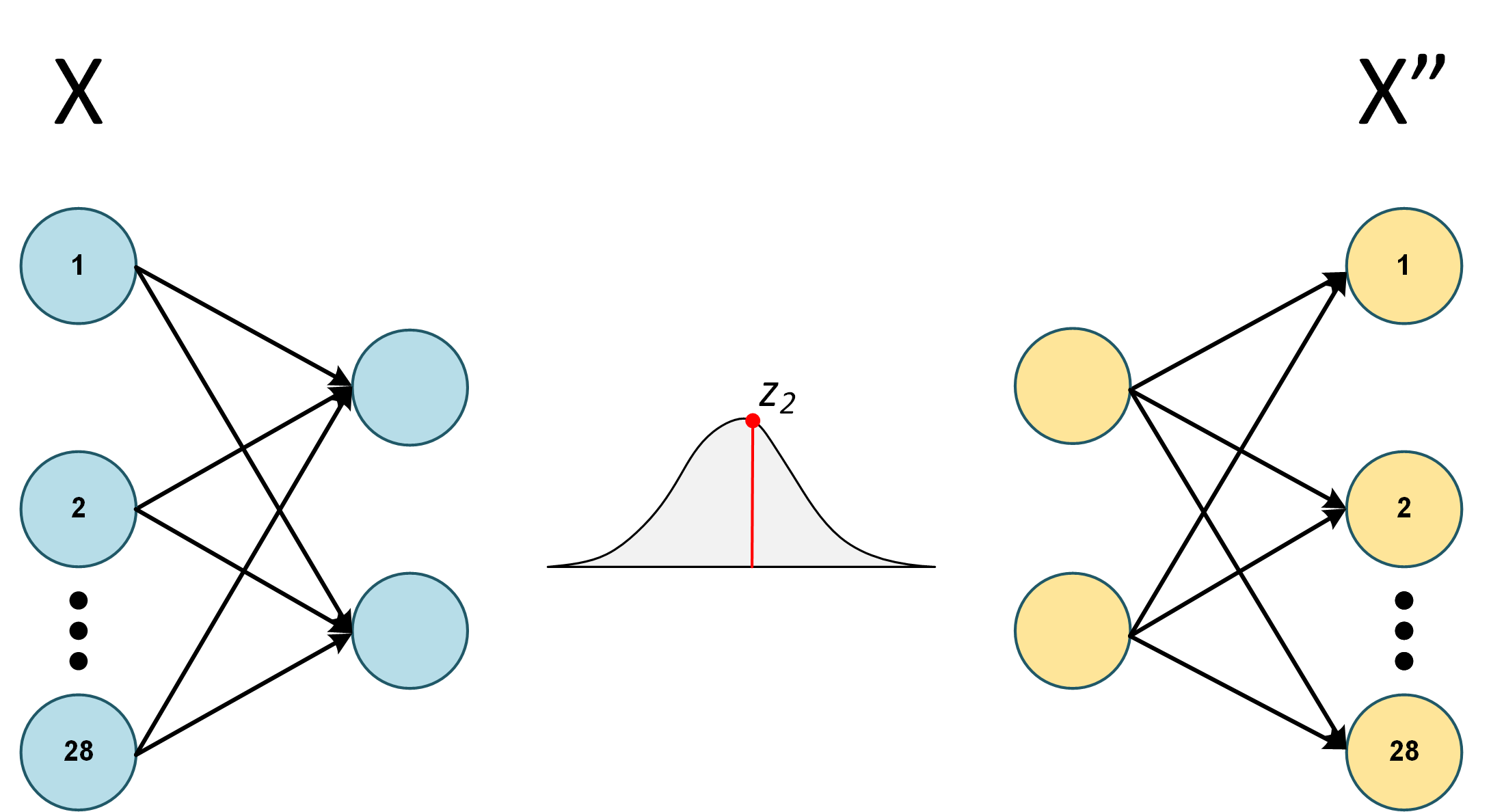 Do we expect that the reconstruction $X'$ and $X"$ look very similar to each other?

Because VAEs are really a graphical model more than they are autoencoders, it can be confusing what exactly "reconstruction" means in context.

Recall that we have an lower bound on the log probability given by the RHS of:

To compute this lower bound -- a necessary prerequisite for doing a backprop pass to maximize it -- corresponds to passing $x$ through the encoder to arrive at $Q(z|x)$, computing the KL-divergence, then estimating $E_{z \sim Q}[\log p(x|z)]$ by sampling once or more (but usually just once) from $Q$ and running the decoder.

This process of estimating the posterior with the encoder and then sampling to approximate the expectation in the RHS so closely mimics the computation of an autoencoder would do that we call it "reconstruction". However, it's really just a side effect of trying to maximize the log probability of the inputs.

What happens when you sample multiple times from $Q$? The immediate consequence is that you get a better approximation of the expectation, and hence a better approximation of the lower bound on the log probability. You also need to run the decoder multiple times, which can be expensive, so it is usually not done. Of course if you do this, then you end up with many reconstructions rather than just one. Note that it is definitely not possible to average the reconstructions and have a meaningful output.

So you probably just want to sample once.

In response to your edit, the correct way to write it would be

We would expect that the reconstructions $\text{decode}(z_i)$ look quite similar to each other, but not exactly the same. Exactly how well depends on the nature of the data and how well the model is fitted.

Not the answer you're looking for? Browse other questions tagged machine-learning neural-networks variational-bayes or ask your own question.

2
Variational Inference: Computation of ELBO and CAVI algorithm
3
Do we consider inputs to a VAE to be samples from p(x) and outputs to be samples from p'(x|z) or are they probabilities of x?
11
Is the optimization of the Gaussian VAE well-posed?
1
In Variational Auto Encoders (VAEs), why is the variance predicted by the encoder lower for noise images?
4
Outlier Detection Using VAE Latent Space
3
How to convert VAE L2 Reconstruction Loss to a Log Likelihood
6
Should reconstruction loss be computed as sum or average over input for variational autoencoders?
2
In VAE, why use MSE loss between input x and decoded sample x' from latent distribution?