How to input a continuous distribution to a neural network

I have simulated the relative frequency of a stochastic process by creating a very small grid say $1000$ by $1000$. The graph looks like this 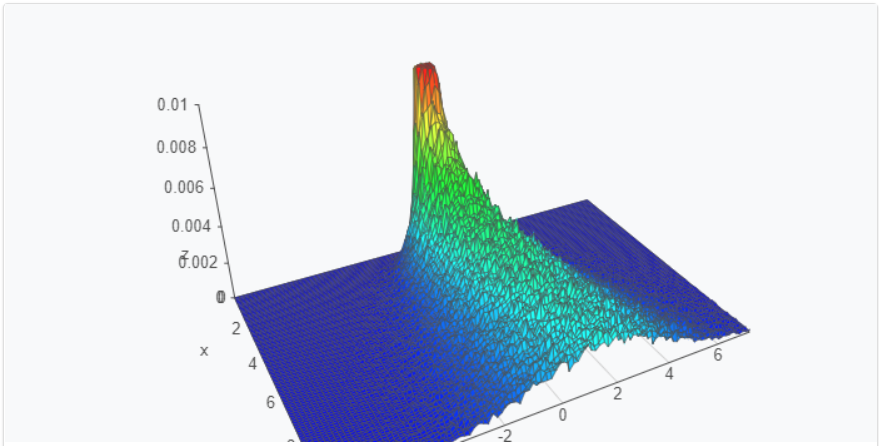 Now I am trying to setup a regression model by matching each column/distribution - to a point of the desired output function. So there are $1000$-input nodes and $1$-output node. Here is a quick look

The input layer is very large and the network does not train well at all. I am not even sure if this is a learnable problem - although I have had a bit of success.

Is there a better way to input a continuous distribution to a neural network?

The data distribution seems like a natural normalizer and the most common way to describe data. I have been looking at VAEs (the reparameterization trick) but the distribution of the data is not known.

Any thoughts? Thank you

Per request, the expected value of a function $f(x)$ of a random variable $X_t$ with pdf $p(x)$ is the following

The random variable $X$ is dependent on time; hence, its probability density function changes over an observe period of time.

Suppose we can measure the probability density $p(x)$ and observe the quantity $\mathbb{E}_x[f(X_t)]$ over the same period. We want to set up a neural network to learn the function $f(x)$ which is a deterministic function i.e.: $\lambda x^2$. Note that the function is not dependent on time; hence, each input training set $(t,p(x)|t=s)$ and output $\mathbb{E}_x[f(X_t)|t=s]$ is an example of this unknown function. The goal is not to predict the next point in the time series.

The motivation is similar to the VAE goal 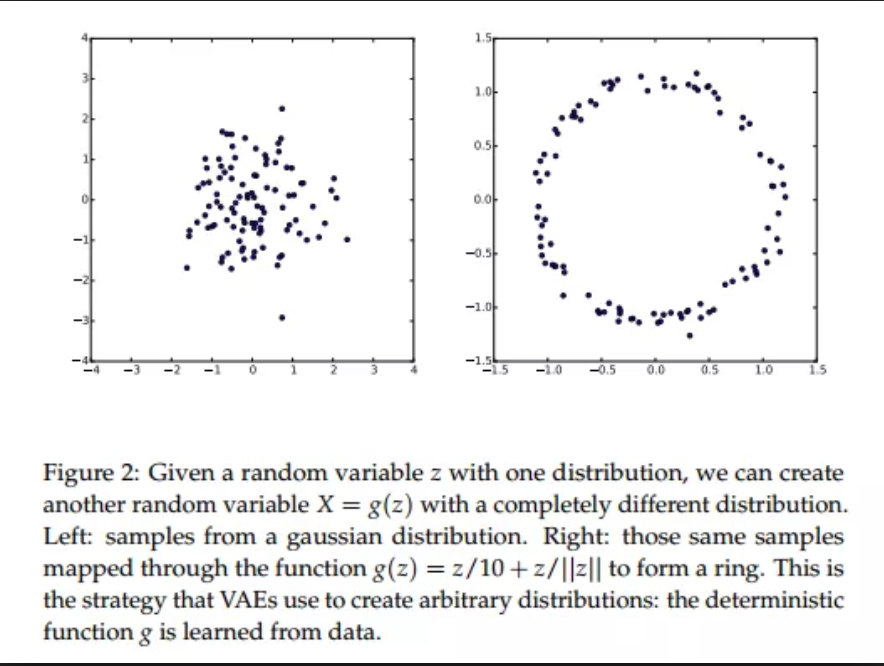 In my example $f(x)=g(z)$ but in a supervised setting.

Browse other questions tagged regression machine-learning neural-networks or ask your own question.