Ask Question
Asked 2 years, 7 months ago
Active 2 years, 7 months ago
Viewed 1k times
1
$\begingroup$
This question already has answers here:
Is normality testing 'essentially useless'? (16 answers)
What if residuals are normally distributed, but y is not? (3 answers)
How should outliers be dealt with in linear regression analysis? (10 answers)
Closed 2 years ago.

In this question, I would like to ask two things:

Details are as follows:

I need to detect and remove outliers in my data. Before doing that, I want to test if my data is normally distributed or not. I have two variables X(independent) and Y(dependent) and have 951 records for both of them. 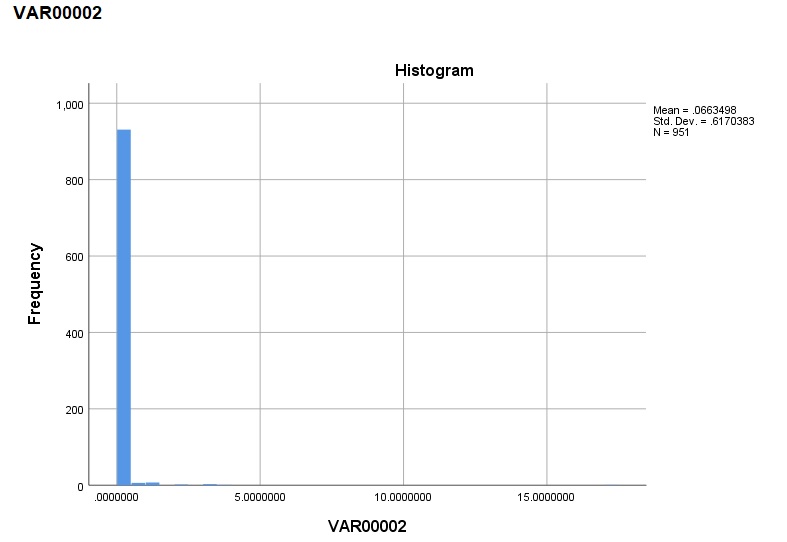 The significance level of Shapiro-Wilk test and Kolmogorov-Smirnov test is 0.00. Skewness has statistic of 22.909 with SE of 0.079.

I need to detect and remove outliers in my data

Why do you need to do this? Detecting outliers is a good thing, but automatically removing them is not (and that seems like what you want to do). Since, from your question, it seems like you have some sort of regression problem, you should consider keeping the data and changing the regression method to e.g. quantile regression or robust regression.

You should also be aware that even OLS regression does not make assumptions about the distribution of the data (except that the DV is continuous or nearly so) but about the error.

Before doing that, I want to test if my data is normally distributed or not

Again, why? But, if you want to test normality, as @brad said in his answer, graphical methods are best. I like both density plots (as Brad suggested) and quantile plot (as Nick suggested). However, the latter take a bit of experience to use well. You could also try box plots.

This makes me strongly suspect you are doing regression. As I noted above, neither variable needs to be normally distributed (I don't doubt that you read what you read, but it's incorrect).

Finally, you show a histogram of your DV. The histogram is not a very useful plot (as William S. Cleveland notes in his books).

Not the answer you're looking for? Browse other questions tagged normal-distribution outliers normality-assumption skewness or ask your own question.

335
Is normality testing 'essentially useless'?
126
What if residuals are normally distributed, but y is not?
83
How should outliers be dealt with in linear regression analysis?
126
Free statistical textbooks