Centrality of a directed network with edge weights - Gephi

I have the following network of court judgments in the form of a big network.(50k+ nodes and 100k+ edges with weight values). The size is the number of citations. The idea is that court judgments work on precedents (stare decisis), they cite previous judgments. So the most important cases can be either 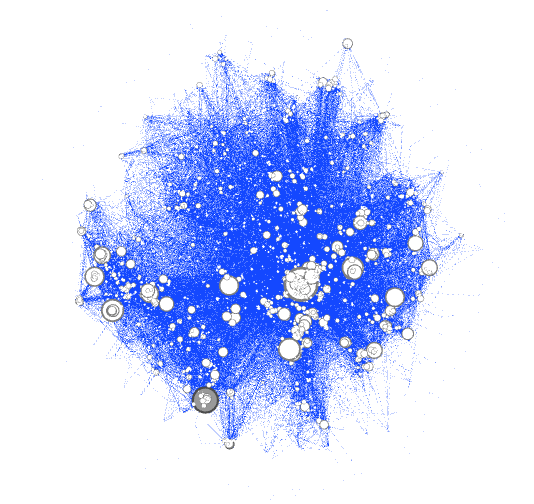 I do not use Gephi, but using weights is quite easy in igraph (available both for R and Python). One approach using igraph in R would be the following:

Eigenvector centrality can behave erratically with weighted and directed graphs and page rank might be more appropriate in your case.

Not the answer you're looking for? Browse other questions tagged graph-theory networks legal or ask your own question.