Does a negative value of intercept suggest that the regression line provides poor fit to the data? why? and why not? 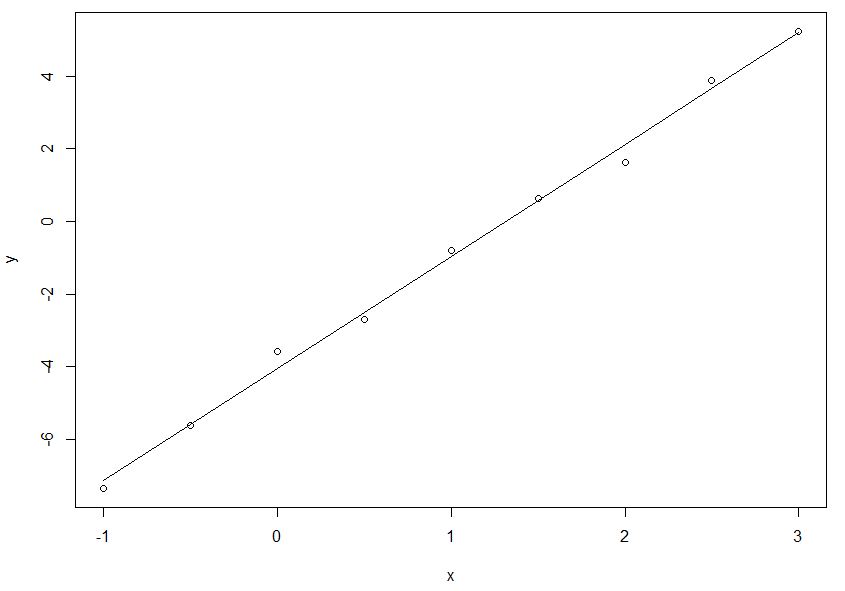 This an example of linear regression fit. The intercept of this fit is negative and it fits well.

No, a negative value of intercept does not suggest that the regression line provides “poor fit to the data”. Why not? Because the intercept is not a measure of fit for a regression. It is a value that represents one element of the model, not the quality of the fit.

The goodness of fit of a statistical model describes how well it fits a set of observations. Measures of goodness of fit typically summarize the discrepancy between observed values and the values expected under the model in question. WP:EN s.v. Goodness of fit

[...] y-intercept or vertical intercept is a point where the graph of a function or relation intersects the y-axis of the coordinate system. WP:EN s.v. y-intercept

See KDG's answer for an illustration.

As others have said, intercept is not a measure of fit at all, so a negative intercept does not indicate a poor fit. But -- you asked if a negative intercept suggests a poor fit. In some contexts, the answer is clearly "yes". If $X$ and $Y$ are physical quantities such that $Y < 0$ makes no physical sense, and furthermore values of $X$ close to 0 are non-outliers which are part of your data set, then a linear model $Y = mX + b$ with $b < 0$ (by a significant amount) won't be a good model for your data. Note that such a model will have large residuals for those $X$ values close to 0, so the poorness of fit will show up in the standard measures.

But in other contexts, a negative intercept is unproblematic even if $Y < 0$ makes no sense. As an example, R's built-in sample dataset trees gives height, volume and girth of 31 black cherry trees. If you do a linear regression of volume as a function of girth (lm(formula = Volume ~ Girth, data = trees)) you get a linear model with a negative intercept. The fit isn't bad (even though a quadratic model would be better) with $R^2 = 0.93$. You could use it to get reasonable predictions of the volume of such a tree in terms of its girth. In this case, the negative intercept simply indicates that it is unreasonable to extrapolate a relationship which (roughly) holds among mature trees to mere saplings. But - you don't need a negative intercept to tell you that such extrapolation is problematic. I wouldn't trust any physical model with $X$ near 0 unless the data itself involved such values.

The intercept value has no relation to goodness-of-fit.

To see if a fit-line is good fit for the data you need to calculate the distance between the fit-line and all the data points (as shown in @KDG's answer).

One metric for calculating this is Root Mean Square Error (RMSE).

Not the answer you're looking for? Browse other questions tagged regression goodness-of-fit model-evaluation intercept or ask your own question.