What should I do when my neural network doesn't generalize well?

I'm training a neural network and the training loss decreases, but the validation loss doesn't, or it decreases much less than what I would expect, based on references or experiments with very similar architectures and data. How can I fix this?

to which this question is inspired, the question is intentionally left general so that other questions about how to reduce the generalization error of a neural network down to a level which has been proved to be attainable, can be closed as duplicates of this one.

Is there a generic question to which we can redirect questions of the type "why does my neural network not generalize well?"

Why is your model not generalizing properly?

The most important part is understanding why your network doesn't generalize well. High-capacity Machine Learning models have the ability to memorize the training set, which can lead to overfitting.

Overfitting is the state where an estimator has begun to learn the training set so well that it has started to model the noise in the training samples (besides all useful relationships).

For example, in the image below we can see how the blue on the right line has clearly overfit.

But why is this bad?

When attempting to evaluate our model on new, previously unseen data (i.e. validation/test set), the model's performance will be much worse than what we expect.

How to prevent overfitting?

In the beginning of the post I implied that the complexity of your model is what is actually causing the overfitting, as it is allowing the model to extract unnecessary relationships from the training set, that map its inherent noise. The easiest way to reduce overfitting is to essentially limit the capacity of your model. These techniques are called regularization techniques. 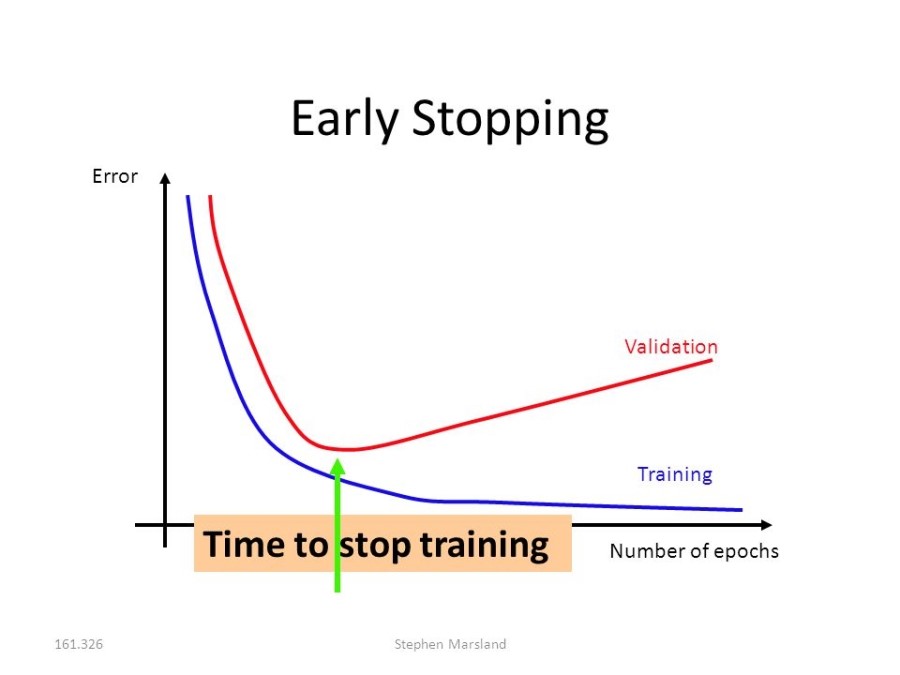 Another way of preventing overfitting, besides limiting the model's capacity, is by improving the quality of your data. The most obvious choice would be outlier/noise removal, however in practice their usefulness is limited. A more common way (especially in image-related tasks) is data augmentation. Here we attempt randomly transform the training examples so that while they appear to the model to be different, they convey the same semantic information (e.g. left-right flipping on images).
Data augmentation overview

Find a reputable reference which tells you that there exists an architecture which can reach the generalization error you're looking for, on your data set or on the most similar one for which you can find references. For example, look here

What are the current state-of-the-art convolutional neural networks?

to find current (at the time of the answers) SOTA (State Of The Art) performance for CNNs on various tasks. It's a good idea to try to reproduce such results on these reference data sets, before you train on your own data set, as a test that all your infrastructure is properly in place.

2. Make sure your training procedure is flawless

All the checks described in the answers to question

to make sure that your training procedure is ok, are a prerequisite for successful reduction of the generalisation error (if your NN is not learning, it cannot learn to generalise). These checks include, among the other stuff:

“Super-Convergence: Very Fast Training of Neural Networks Using Large Learning Rates” by Leslie N. Smith and Nicholay Topin shows that in some cases the combination of large learning rates with the cyclical learning rate method of Leslie N. Smith acts as a regulariser, accelerating convergence by an order of magnitude and reducing the need for extensive regularisation. Thus this is a good thing to try before

4. Setting your regularisation to the MAXXX

The oldest regularisation methods are probably early stopping and weight decay. Some of the others:

If nothing else helps, you will have to test multiple different hyperparameter settings (Bayesian Optimization may help here) or multiple different architectural changes (e.g. maybe in your GAN architecture and for the data set you're working on, batch norm only works in the generator, but when added to the discriminator too it makes things worse). Be sure to keep track of the results of these long and boring experiments in a well-ordered logbook.

PS for a GAN it doesn't make much sense to talk about a generalization error: the above example was meant only as an indication that there's still a lot of alchemy in Deep Learning, and things that you would expect to work fine, sometimes don't, or vice versa something which worked ok many times, suddenly craps out on you for a new data set.

A list of commonly used regularization techniques which I've seen in the literature are:

I feel like Djib2011, give great points about automated methods, but they don't really tackle the underlying issue of how do we know if the method employed to reduce overfitting did its job. So as an important footnote to DeltaIV answer, I wanted to include this based on recent research in the last 2 years. Overfitting for neural networks isn't just about the model over-memorizing, its also about the models inability to learn new things or deal with anomalies.

Detecting Overfitting in Black Box Model: Interpretability of a model is directly tied to how well you can tell a models ability to generalize. Thus many interpretable plots are methods of detecting overfitting and can tell you how well any of the methods suggested above are working. Interpretability plots directly detect it especially if you compare the validation and test result plots. Chapters 5 and 6 of this unpublished book talk about recent advances in the field detection of overfitting: Interpretable Modeling

Based on this book, I would like to mention three other methods of detecting and removing overfitting, that might be obvious to some, but I personally find that people forget these too often. So I would like to emphasize them if not one minds:

P.S. Should I include more links?

Not the answer you're looking for? Browse other questions tagged neural-networks overfitting faq or ask your own question.

6
How to prevent overfitting?
4
What are the most common techniqes for preventing overfitting?
3
Neural Network - Estimating Non-linear function
0
How does ReLU deal with negative inputs?
0
How can I reduce the noise of prediction graph?
0
Keras: validation loss decreases but accuracy does not increase
1
Why is my keras resnet50 model overfitting?
1
My Neural Net can overfit but not generalize
0
RNN Model accuracy with Training and test data
1
SSD MobileNet v1 loss not converging bounding boxes all over the place
See more linked questions

1
Neural network always returns same result
0
Clarification on simple perceptron neural network
7
Are there networks specialised on object detection for a single class of object?
305
What should I do when my neural network doesn't learn?
5
Fitting a neural network with more parameters than observations
0
LSTM and Time series: My statements are corrects about those concepts?
5
Can proportions over variables be learned/predicted with Neural Networks using multiple-outputs?