Chi-square test of independence or test of homogeneity

"One hundred plants of the same species were randomly distributed in two lots of the same size, the two lots being then subjected to different treatments. At the end of a given period, the degree of attack of each of the plants was determined by a certain disease. Based on the information in the table below, should we consider that there are significant differences between the two treatments at the 5% threshold?" 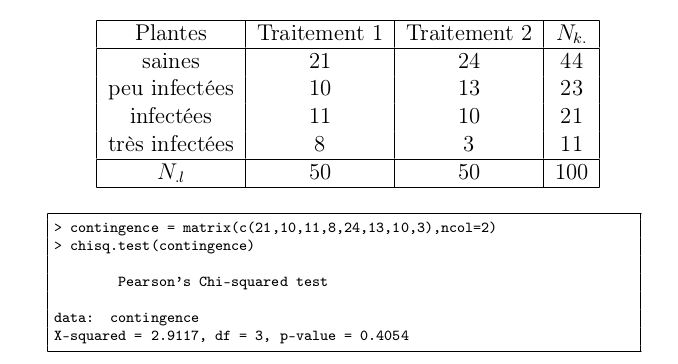 Browse other questions tagged hypothesis-testing self-study chi-squared or ask your own question.