Ask Question
Asked 3 years, 7 months ago
Modified 3 years, 7 months ago
Viewed 4k times
4
$\begingroup$
This question already has answers here:
Why square the difference instead of taking the absolute value in standard deviation? (23 answers)
Is minimizing squared error equivalent to minimizing absolute error? Why squared error is more popular than the latter? (5 answers)
Closed 3 years ago.

But I don't understand how Standard Deviation has gained such popularity. I mean, Mean Absolute Deviation is a very intuitive measurement of dispersion. It tells you exact average distant that each value deviates from their mean. Standard Deviation, on the other hand, makes the result more sensitive to outliers. Why we need this sensitivity. Is there any historical reason leads us to use SD way more often than MAD?

Historically, Laplace started with the expected absolute deviation from the expectation and got mired into computational issues, beyond the Laplace (or double exponential) distribution, while Legendre and Gauss advocated the expected square difference from the expectation, which is more naturally connected with the Normal or Gaussian distribution. Portnoy and Koenker wrote a nice paper called the Gaussian Hare and the Laplacian Tortoise (!) on that issue, including a parody of the Hare and the Tortoise with Laplace's and Gauss' heads: 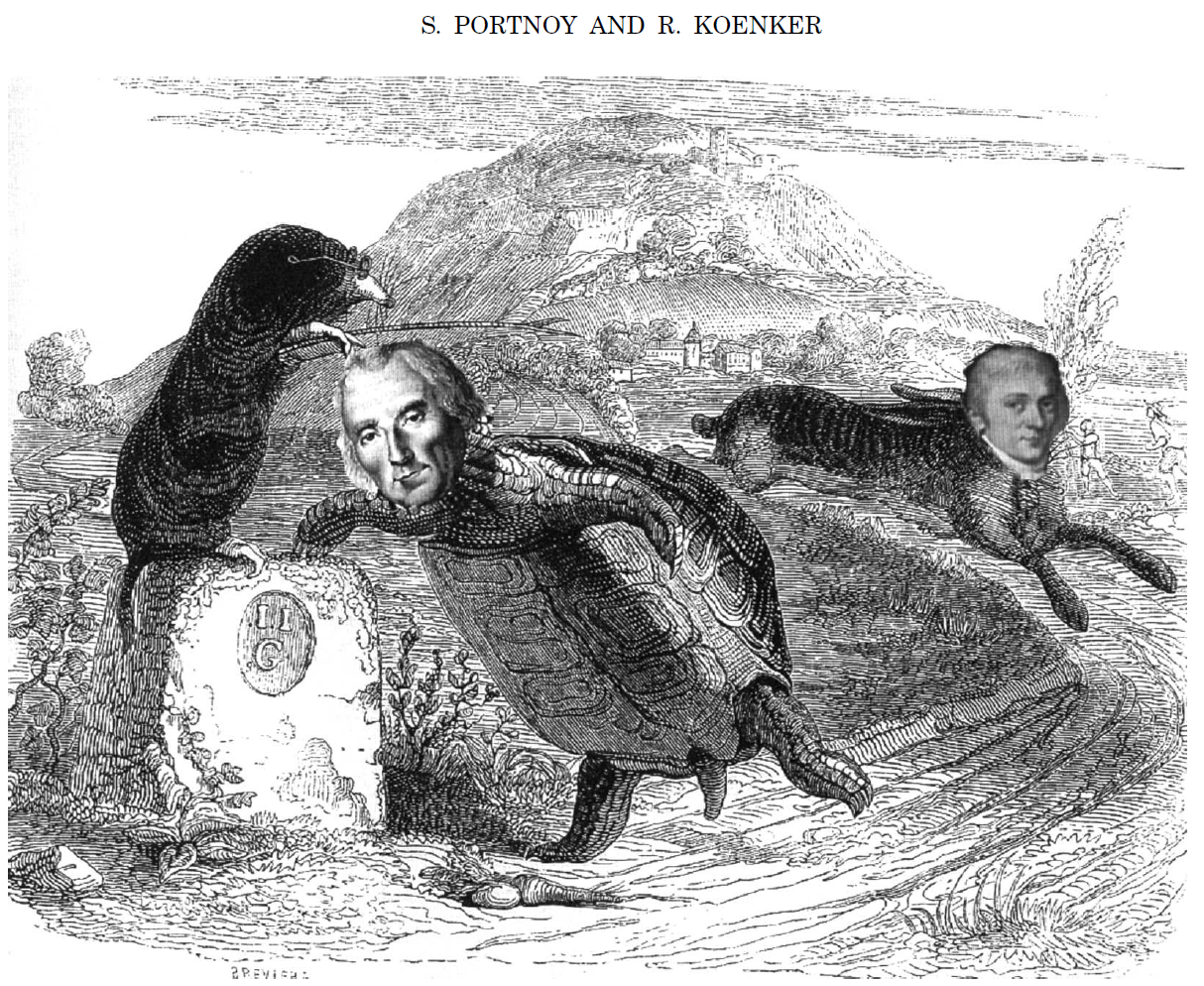 The issue is covered in depth in this earlier (2015) X Validated question. (Which makes the current one a potential duplicate.)

Not the answer you're looking for? Browse other questions tagged mathematical-statistics standard-deviation or ask your own question.

33
What would a robust Bayesian model for estimating the scale of a roughly normal distribution be?
32
Intuition behind standard deviation
10
Determine outliers using IQR or standard deviation?
4
What is implied by standard deviation being much larger than the mean?
3
Usefulness of standard deviation/alternatives for highly variable measurements
2
Using standardization methods to exclude erroneous outlier values
1
Calculating robust z scores with median and MAD