I'm currently analyzing a linear mixed model to model the effect of different treatments (two factors, both within and with multiple categories, e.g. treatment1_1, treatmen1_2, treatmen1_3, Treatment 2_1 ...) nested within each participant, who belong to different groups (between).

I have set up a random intercept model using lme in the nlme package, which looks roughly like this

where y denotes my dependent variable, factor_withinX denote the within factors (again, both categorical) and group denote the between factor (also categorical); ID is the number of each participant.

However, my dependent variable is slightly skewed and only contains values greater than 0. Thus, my residual plot looks not very convincing 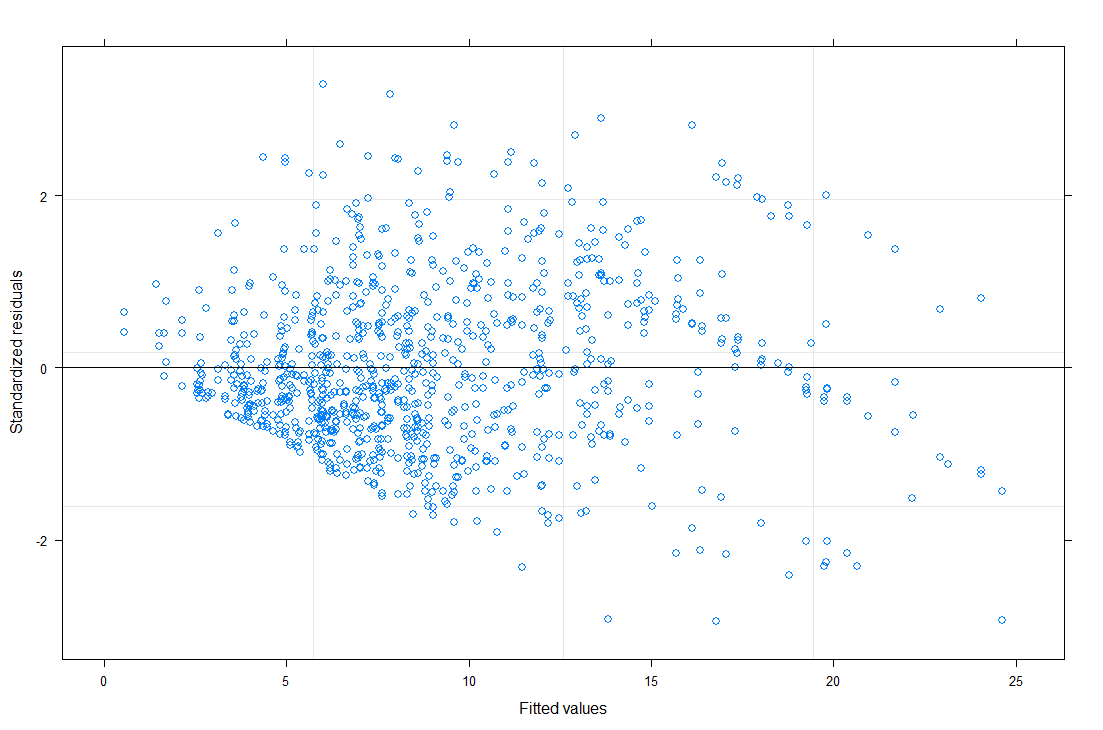 Given that, I thought about using GLMM's with glmer in the lme4 package. However, using different distribution families (e.g. gamma) with different link functions (e.g. identity) did not solve the situation (I investigated the residual distribution using QQ-Plots and fit Indices like the AIC).

In a last step I thought about doing a permutation test in order to get a non-parametric alternative to test my fixed effects in the original lme model.

Browse other questions tagged mixed-model lme4-nlme permutation-test or ask your own question.