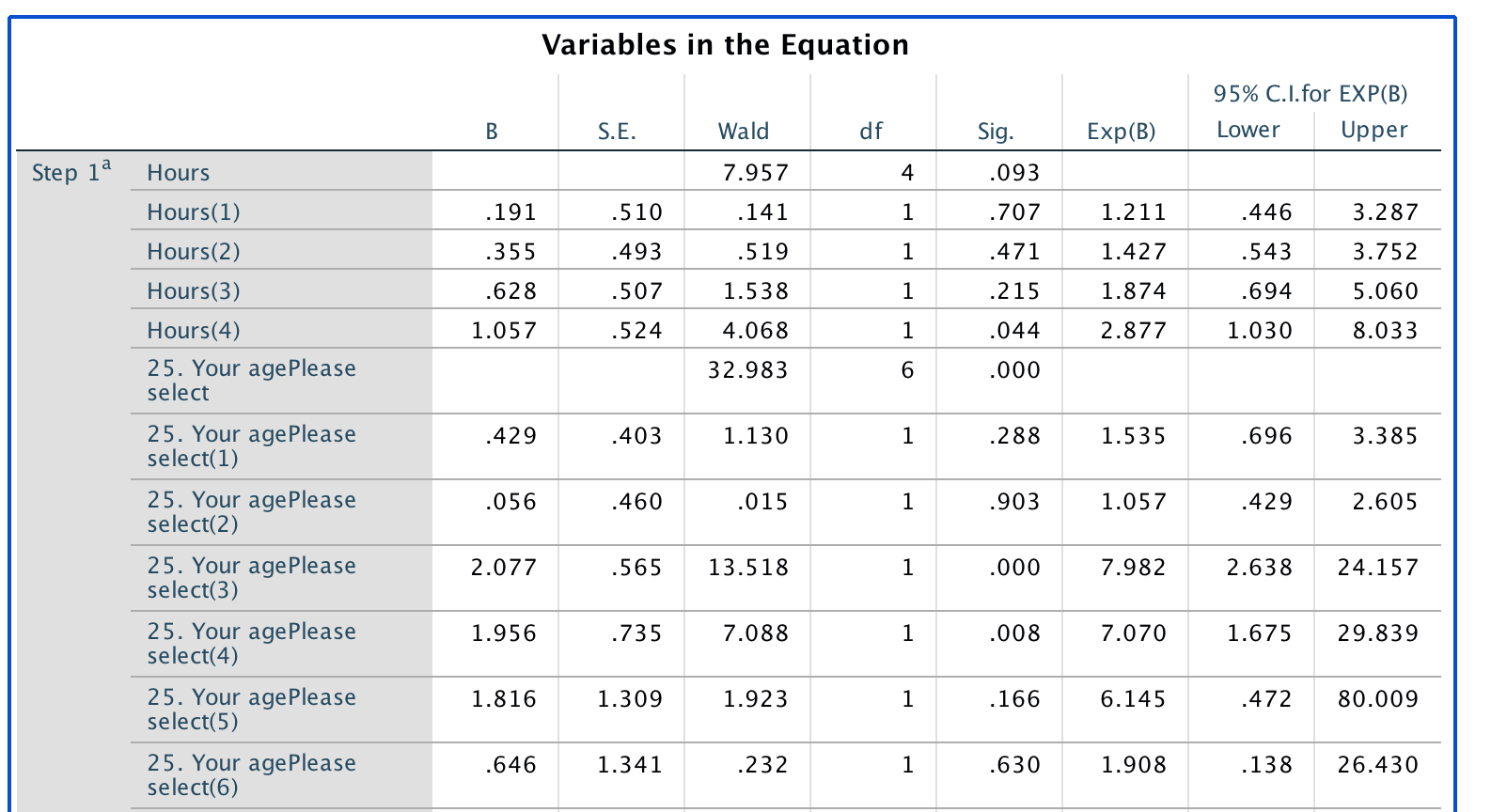 This model aims to look at factors contributing to retirement. I understand that age is significant predictor, and with increasing age, people are more likely to retire. However, when it comes to 'Hours' I'm a little confused.

Am I right to interpret it as:

Any help would really be appreciated, thanks!

Am I right to interpret it as:

Strictly speaking no. The p-value 0.093 is the joint p-value of the indicators Hours(1), Hours(2), Hours(3), and Hours(4). It tests if these four indicators, together, are significant. The answer is no, and hence the little four p-values 0.707 through 0.044 should not be interpreted as if anything less than 0.05 is statistically significant.

Also, these four p-values can easily be changed if you allocate another hour category to be the "reference group." Sometimes, if you pick a middle level of a categorical variable as the reference, you may even end up having the overall p-value significant, but none among the dummies is significant. That's why it's crucial to check the overall p-value of the whole categorical variable at first (0.093) before doing anything with the dummies.

if we don't look at those p values, what conclusion can we draw about age? The variable is statistically significant, so presumably we can say that with increasing age, likelihood of retirement increases?

The overall p-value for age is <0.001. We reject the null hypothesis that the regression coefficients representing all the age binary indicators are equal to 0 in logit or 1 in odds ratio. Which means at least one of them is not equal to the rest and this is it, nothing about the trend.

To see if the increasing ORs are indeed a trend, try look into "trend test" and "contrast." In my opinion, however, the OR for age groups 3, 4, and 5 are apparently higher than the rest. It's also interesting to discuss when level 6 came back down. These seem to be sufficient for practical reasons; if the trend is not one of your main research questions then there is really no need to statistically test the trend.

Not the answer you're looking for? Browse other questions tagged regression logistic spss or ask your own question.