I am taking a graduate course in Applied Statistics that uses the following textbook (to give you a feel for the level of the material being covered): Statistical Concepts and Methods, by G. K. Bhattacharyya and R. A. Johnson.

The Professor requires us to use SAS for the homeworks.

My question is that: is there a Java library(ies), that can be used instead of SAS for problems typically seen in such classes.

I am currently trying to make do with Apache Math Commons and though I am impressed with the library (it's ease of use and understandability) it seems to lack even simple things such as the ability to draw histograms (thinking of combining it with a charting library).

I have looked at Colt, but my initial interest died down pretty quickly.

Would appreciate any input -- and I've looked at similar questions on Stackoverflow but have not found anything compelling.

NOTE: The topics covered in such a class typically include: one-samle and two-sample tests and confidence intervals for means and medians, descriptive statistics, goodness-of-fit tests, one- and two-way ANOVA, simultaneous inference, testing variances, regression analysis, and categorical data analysis.

When I am forced to use java for basic statistics, apache commons math is the way to go. For plots, I use and recommend JFreeChart. The latter is widely spread, so stackoverflow even has a populated tag for it.

If one looks for a suite, then maybe Deducer is an option. The GUI is based on JGR meanwhile the statistical parts are called in R. It seems to be extendable both via R and java. One could e.g. skip the calls to the Rengine but call referenced java libraries instead. But I admit, I did not try it yet.

As far as I have understood the OP, the optimum would be something like Rapidminer for Statistics, since Rapidminer is a pure java framework which supports GUI access (including visualizations), usage as library and custom plugin development. To the best of my knowledge, something like that for statistics does not exist. I do not recommend Rapidminer for that particular task, because to the best of my knowledge it only includes the most basic statistical tests. The visualizations have been extended lately, but I cannot estimate how customizable they are now.

Check out Suan Shu: NumericalMethod.com. It is not free in general, but it is free for academic use.

Similar to steffen's suggestion of RapidMiner, you might want to consider Weka. It may be geared more specifically to machine learning than you are hoping for though. It has lots of algorithms for tasks like clustering, classification, and regression. Weka has a GUI, but it can also be used as a software library as well. I've seen histograms in the GUI but I'm not sure if it's easy to reuse them through the library or not.

It is well documented and provides a lot of useful statistical and mathematical functions. But unfortunately it is not open source. So if that does not bother you, then the library should be ok.

I do not know however, if it provides graphical output.

DataMelt computing environment has many Java statistical libraries almost for any topic. You can use it using Jython as advocated on the web site, but I use it with Java and Groovy.

I can say more: the DataMelt project covers the following statistical topics: 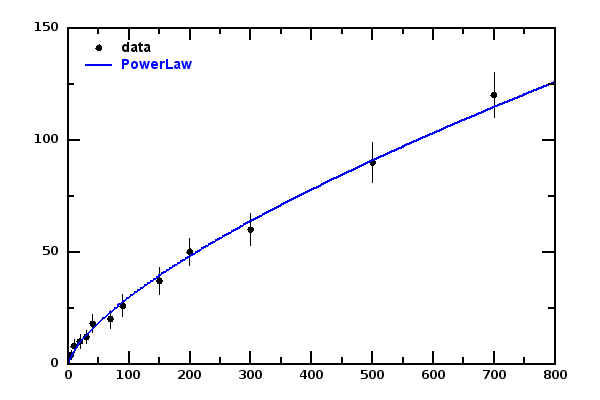 The package is free.

Not the answer you're looking for? Browse other questions tagged r sas java or ask your own question.

3
Parameter estimation for normal distribution in Java
8
How to use/interpret empirical distribution?
9
Non-parametric for two-way ANOVA (3x3)
4
Why am I getting different intercept values in R and Java for simple linear regression?
3
Visualizing large file-based or Redis-in-memory stored large datasets (millions of data points)
0
Application “tuning” based on statistics: Lowest-Learning-Curve API for Java programmer?
3
Predictive Modeler: How can learning Python and/or Java benefit me?