Summing predicted probabilities from logistic regression using 'one vs. rest'

After further investigation, I have discovered the following: I can extract the coefficients and obtain the following parameters (i.e. 4 weights for the 4 input features and bias terms) for my 3 logistic regression classifiers:

I computed the probabilities myself by plugging an example set of input features (which correspond to different inputs at different times) into a sigmoid, and arrived at the following predicted probabilities from my classifiers: 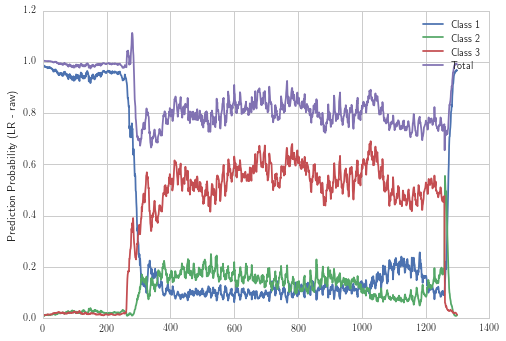 Clearly, the probabilities do not add up to 1. Yet, when I instead use the predict_proba routine from scikit-learn, I arrive at the following input: 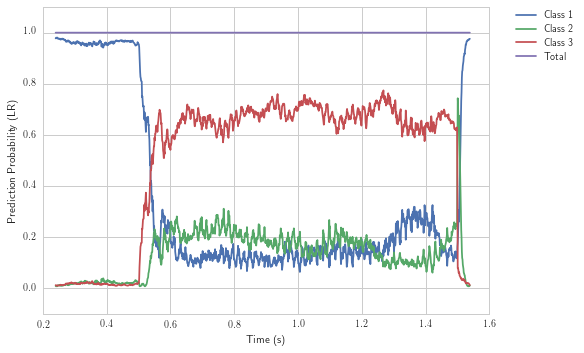 The output probabilities are normalized by Scikit-Learn. See source code at line 317. Note it's just a linear normalization instead of softmax etc.

Not the answer you're looking for? Browse other questions tagged probability logistic python scikit-learn multi-class or ask your own question.