How to deal with both stationary and non-stationary time series

I'm a bit frustrated since the time series I am trying to analyse right now has definitely non-stationary curve but it's last values differ greatly from the mean making the time series stationary. 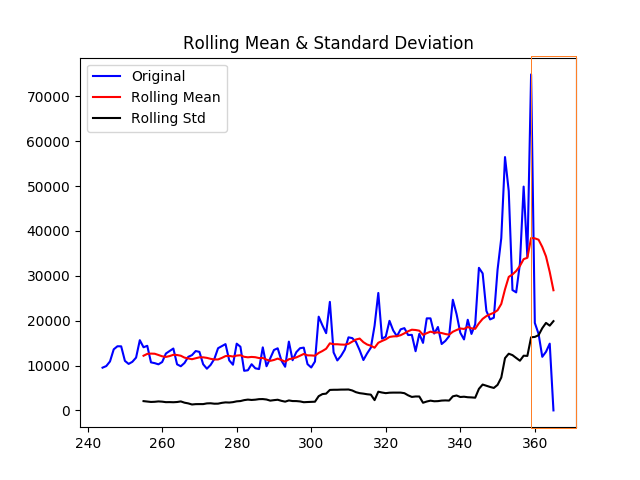 According to Dickey-Fuller tests, if I exclude the last 5% of the dataset, the time series is non stationary but with the whole dataset included it's totally stationary according to the test's results.

The orange box in the right part of the plot is the part of the dataset i'm excluding/including.

Should I work with 95% of the dataset?

How should one deals with such kind of problems?

I've attached an image of the time series plot and the results of the Dickey-Fuller tests.

Dickey-Fuller with the whole dataset

Dickey-Fuller with the first 95% of the dataset

You need to specify what you mean by 'analyze'.

If your objective is forecasting, then the structural break has made your time series very difficult to forecast and your going to need a lot more data about the periods after the break to be able to generate any reliable forecasts.

You will also want to look into some causal analysis of why the break happened.

Not the answer you're looking for? Browse other questions tagged machine-learning time-series forecasting stationarity augmented-dickey-fuller or ask your own question.