I have some doubts while doing this question. I tried out parts (a) - (c) and am quite confused by (d). Would appreciate if someone can help to check my work to see if I have done it correctly, thank you. 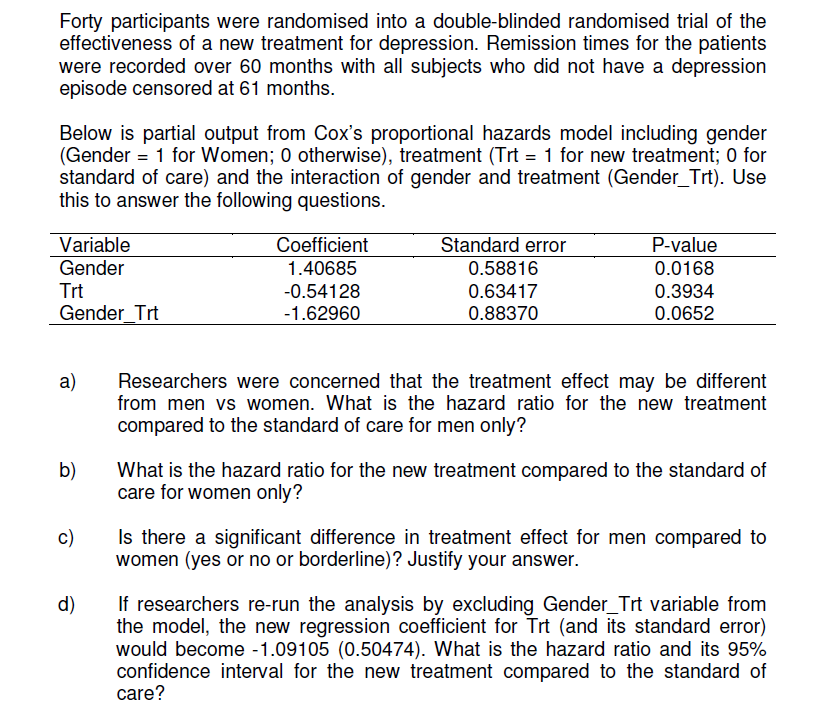 d) Do I find the calculation for men or women patients?

In question a and b, should be ln(hazard ratio), instead of ln(hazard).

Not the answer you're looking for? Browse other questions tagged p-value cox-model proportional-hazards or ask your own question.