Interpreting contrasts for non-significant interaction in a linear mixed model

I am building a Linear Mixed Effects Model to investigate how activity levels (AL) change between two different types of therapies (TherapyA vs. TherapyB) and how different covariates influence the AL in TherapyA and TherapyB. Therefore I included interaction effects between by factor 'therapy' and all covariates I am interested in. For now, I am just interested in the influence of the first covariate, which is the 'center'.

I formulated my model as follows (please ignore the other interaction effects):

I found a significant main effect of center and therapy, but no significant interaction effect center*therapy, when looking at the anova-output:

Normally, I would look at the lsmeans output for post-hoc comparisons between the single centers and would see that AL in center 2 is significantly higher than in center1: 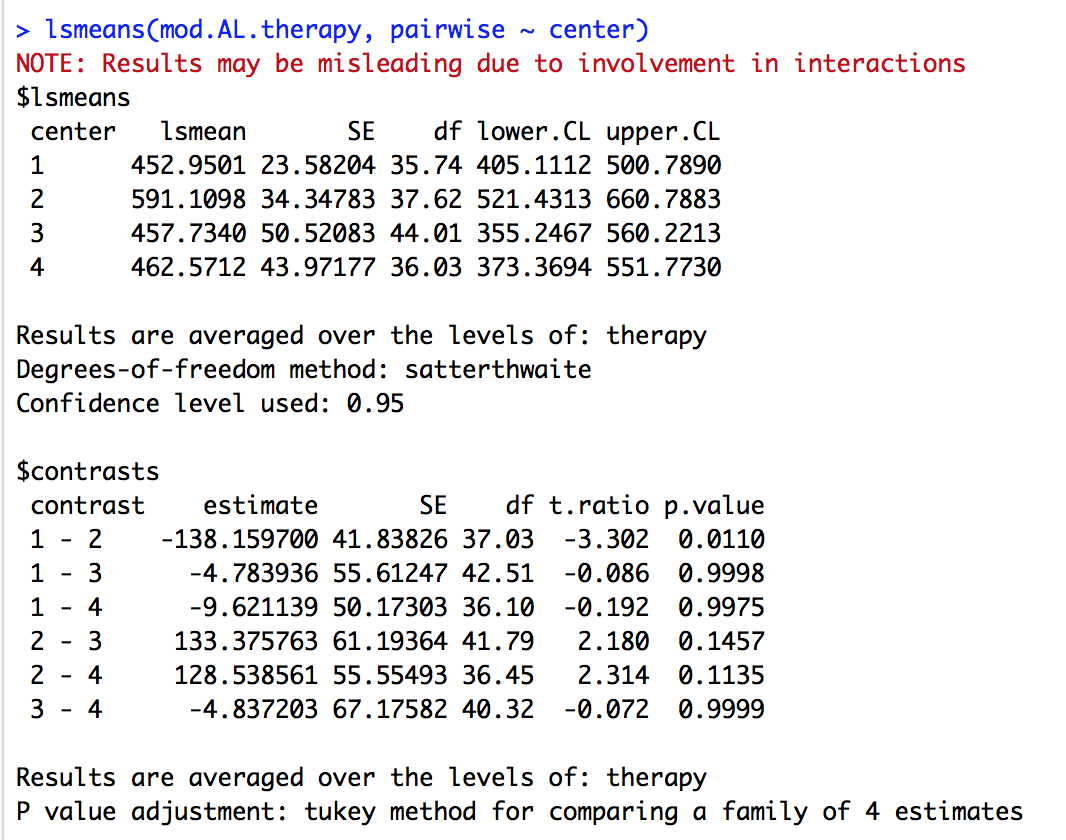 As far as I understood, although I get a warning message that results could be misleading, I am still allowed to interpret my main effect of 'center', because the involvement in the interaction is not significant. Am I right about this?

Next, I was curious and added the therapy in the lsmeans specification too. 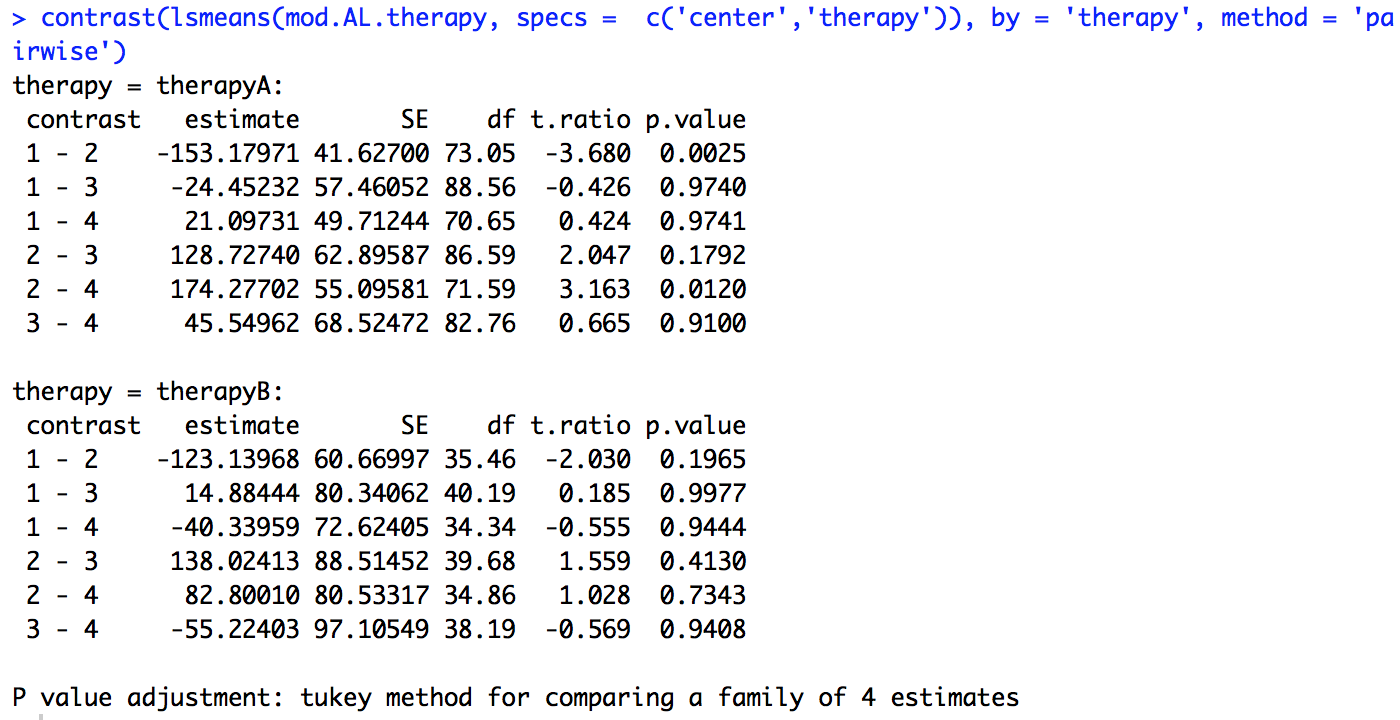 What I can see here is that center 2 has only a higher AL in therapyA, not in therapyB, which is very interesting for my analysis. It appears also to be higher than center 4, which was not revealed in my post-hoc main effect analysis. Am I allowed to interpret this at all, since the interaction wasn't significant?

In your instance, though, look at the 2 - 4 differences for the two therapies; you're not getting the same test results for those.

Not the answer you're looking for? Browse other questions tagged mixed-model lme4-nlme interaction post-hoc or ask your own question.