But what I find is that, if I repeat this procedure again and again, the percentage of times that the KS-test rejects the null hypothesis converges to $\alpha$. 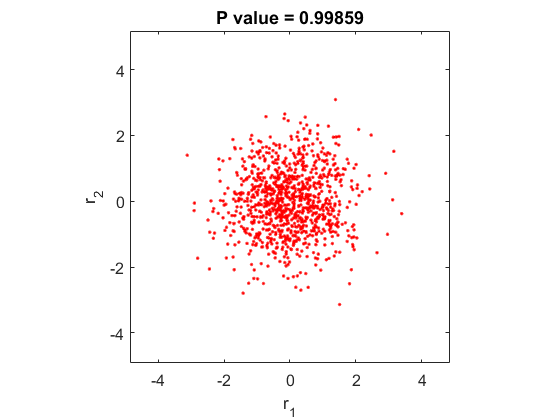 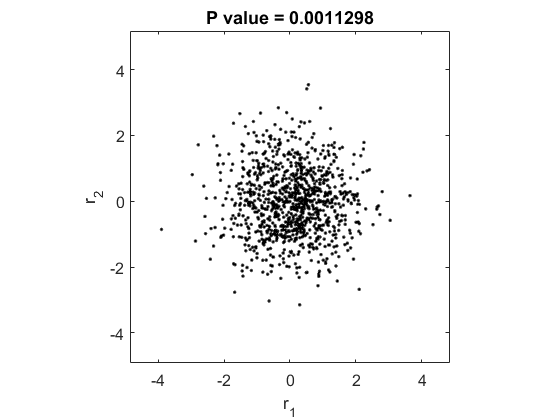 1) Why does the KS test reject the hypothesis sometimes even if the two are, in reality, drawn from the same distribution?

3) Is there any indication on either of the plots as to why one is a rejection while the other accepts the null hypothesis?

Browse other questions tagged normal-distribution matlab kolmogorov-smirnov-test randomness or ask your own question.