Is there a relationship between the response and predictors?

I have been reading Introduction to statistical learning and I was going through Multiple Linear Regression. This is the topic that Im reading 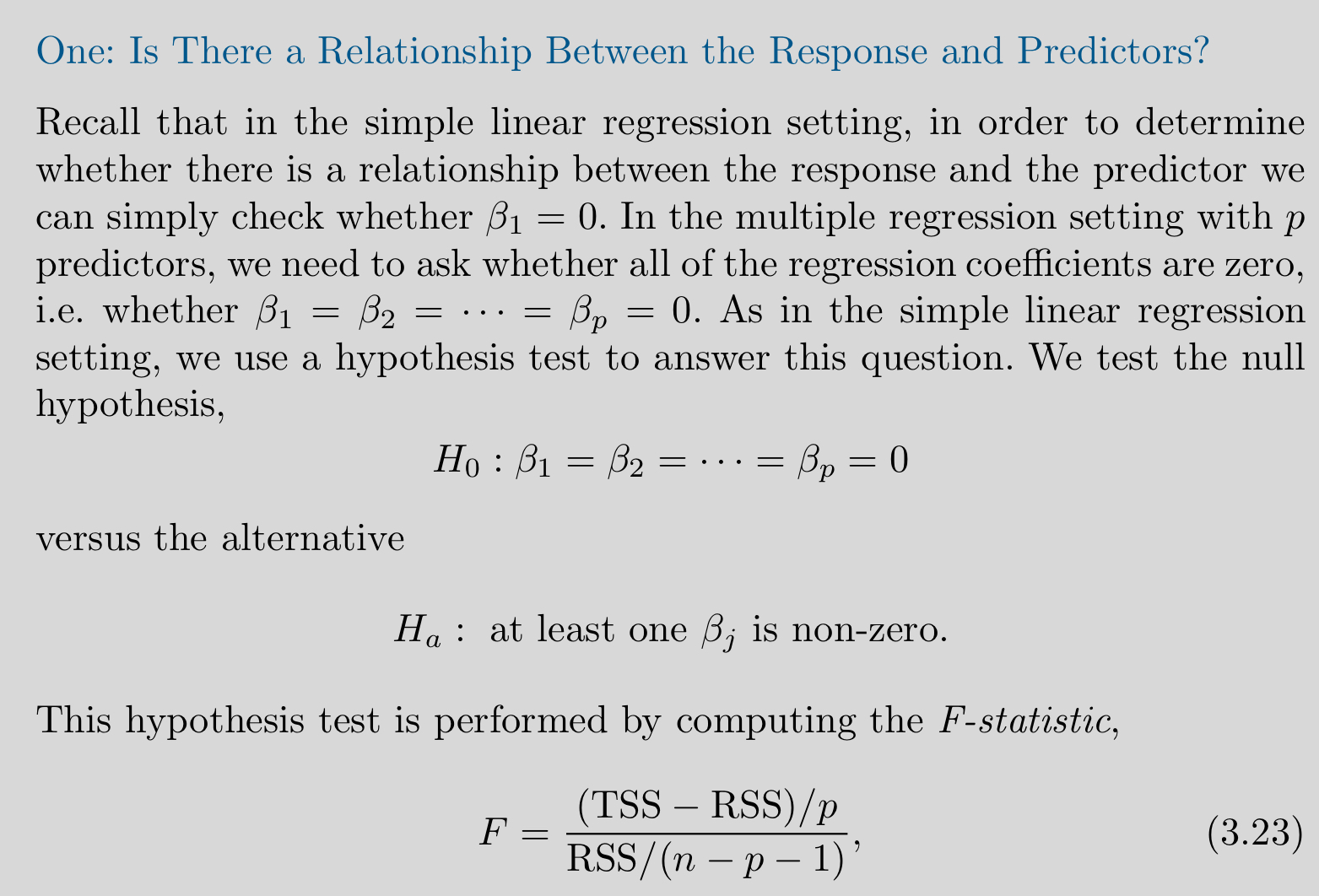 As i was further reading I encountered an equation that Im not able to understand. Below is that equation

It further say that,

Please try to explain explain the above mentioned problem as simple as possible.

If there is a significant difference between the two then clearly $\beta_4$ added something over and above the REDUCED model. In which case we reject the null hypothesis and conclude $\beta_4\neq0$. Also, instead of just testing $\beta_4$, i can test $\beta_3$ AND $\beta_4$ at the same time by comparing the FULL model of $\beta_1+\beta_2+\beta_3+\beta_4$ to a REDUCED model of $\beta_1+\beta_2$, and so on. That's why the authors are indexing it as $q$ and $p$ because either $q$ or $p$ can go up to any length.

Not the answer you're looking for? Browse other questions tagged machine-learning hypothesis-testing statistical-significance multiple-regression or ask your own question.

10
Linear relationship between explanatory variables in multiple regression
27
How to tell the difference between linear and non-linear regression models?
4
What parameter of GBM does gradient descent update after calculating gradient of loss function?
26
What are the classical notations in statistics, linear algebra and machine learning? And what are the connections between these notations?
0
why outliers are heavily punished if the error is squared
1
Machine learning book “Introduction to statistical learning” problem clarification
1
Multiple Regression F Statistic Proof
0
Why we need to investigate the relationship between independent variables in multiple regression
1
How do I find the hypothesis based on a training set without implementing linear regression?