Most likely I have set up the function bic.mlogit in a wrong way. @Jesper Hybel, hopefully, directed me in the right way. With the new setup I get two sets of coefficients for both of my alternative dependent variables. Results are below. The only problem is, that now I do not know how to interpret the results... 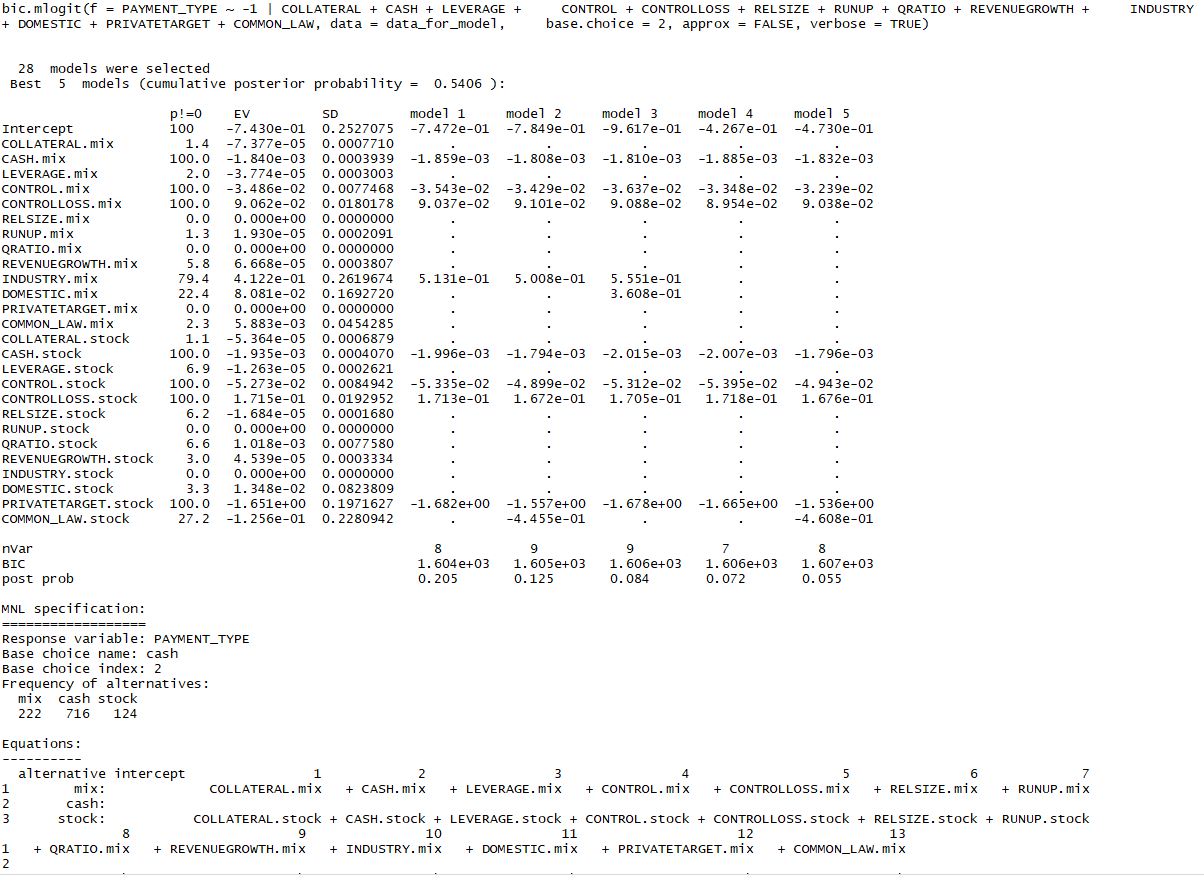 I have a multinomial logit model with 13 IVs and a dependent with three levels cash, stock, mix. cash is the base dependent variable.

As far as I know, we interpret results of a multinomial logit always as a comparison to the base dependent variable - so if I have as a base dependent cash, I interpret the coefficients in comparison to this base. This means that the result of a multinomial logit gives me two sets of coefficients - one for stock and one for mix - as shown below on the output of multinom function of nnet package in R.

Here, we get two sets of coefficients - one for stock, one for mix - and we interpret the coefficients as changes in the probability of stock or mix occuring vs. cash occuring (loosely put).

Nevertheless, the output of bayesian model averaging of multinomial logit, which is done with the mlogitBMA package in R, is following: 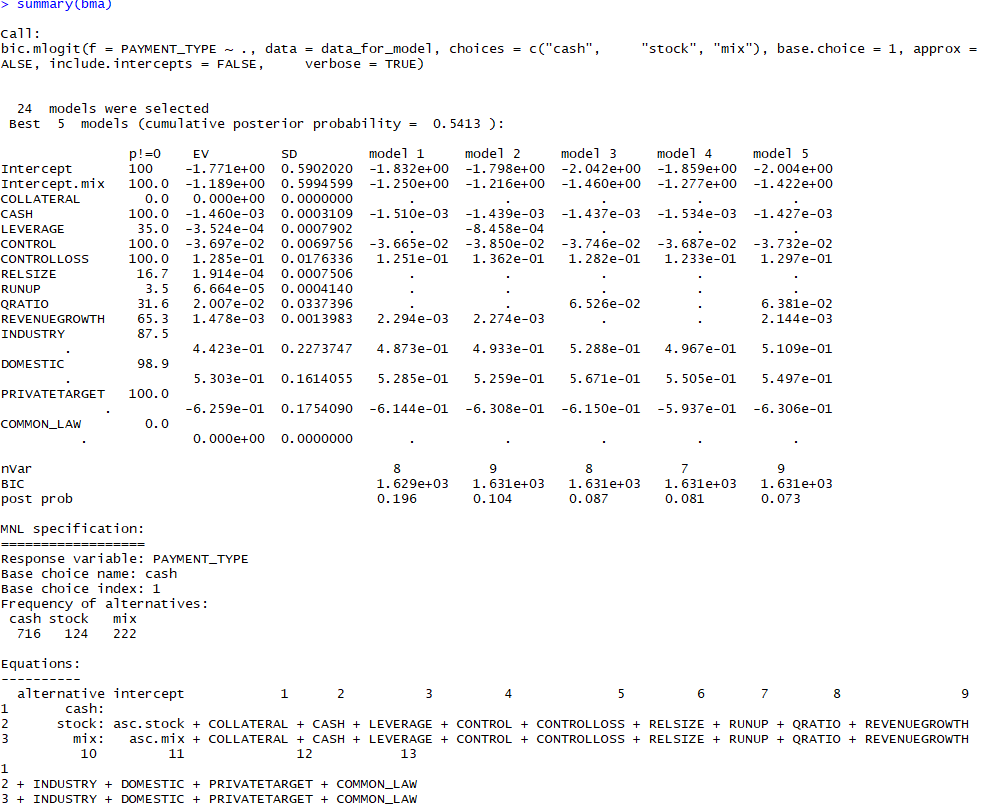 In this output, there is only one set of coefficients - the column EV. So how do we interpret this output? Am I missing something? Thank you! I can provide you with my code and data if necessary.

In the documentation for the package mlogitBMA it says under the "mnl.spec" that

The formula f is of the form