Should a nugget ever shift the variogram away from zero at distance zero?

I had frequently seen the definition for a "rigorous" spatial isotropic semivariogram being defined as:

Where $K$ is a positive definite covariance matrix. If the nugget $\sigma$ is applied to the covariance function $K$, then it seems to me that it would always be that $\gamma(0) = 0$, but that $\gamma(0+\delta)>\sigma$ for all distances greater than zero.

However, often in practice a linear function is used to determine $\gamma$:

Should I really define the nugget in terms of the covariance matrix, or should I make it a separate term:

Am I making a mountain out of mole hill here? Are there any reasons to prefer one form or the other?

To visualize, is it more "correct" to pick one form over the other: 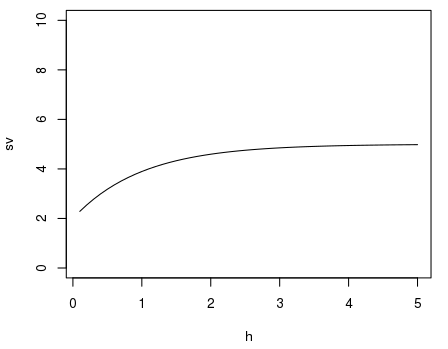 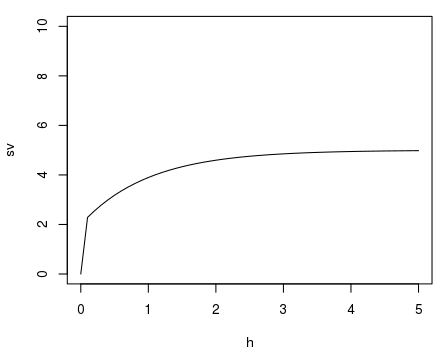 Based on the idea of nugget as allowing a non-zero offset at zero, I could see the former should be preferred: but this seems to imply that the nugget is no really part of the assumed covariance matrix.

Browse other questions tagged spatial or ask your own question.

2
Help me figure out the profile likehihood given this covariance function
4
Is it valid to use a model-variogram fit not on the full range of lag distance?
4
Fitting a variogram model with the pairwise distance matrix supplied
1
What does it mean that a variogram keeps increasing with distance?
6
What is the nugget effect?
1
How can I understand these variograms?