Distribution of difference of two random variables with chi-squared distribution

A chi-squared distribution cannot have zero degrees of freedom, so what would be the distribution of $X - Y$ ?

If the two variables are independent, it has mean 0 and variance $4k$.

If the 2 variables have dependence, the nature of that dependence needs to be explicited.

For independent $X$ and $Y$, the pdf of their difference $X-Y$ is the cross-correlation of the pdfs of $X$ and $Y$ (not the convolution of the pdfs as happens for the sum $X+Y$) and in this case, since the pdfs are identical, the cross-correlation is actually an autocorrelation and so the pdf of $X-Y$ is symmetric about $0$ as claimed. Furthermore, for the case here of $X$ and $Y$ being Gamma random variables, an explicit form can be deduced from this answer of mine here on stats.SE. 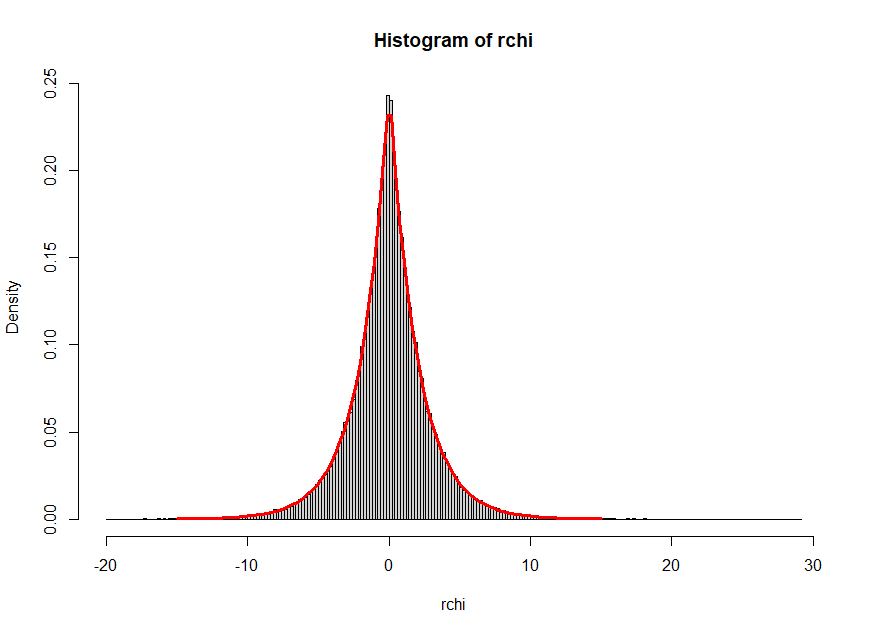 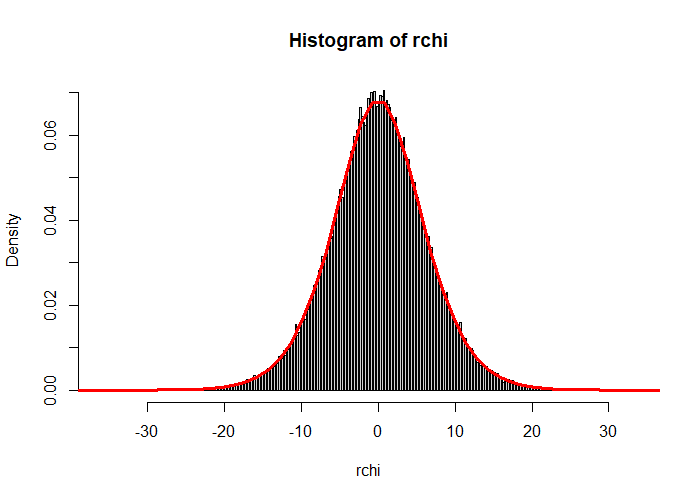