I compared the two distributions shown below using a Wilcoxon Rank Sum test (two-sided) using R. The p-value of the test was highly significant (as shown on the plot) and is based on 1,320 observations for each set 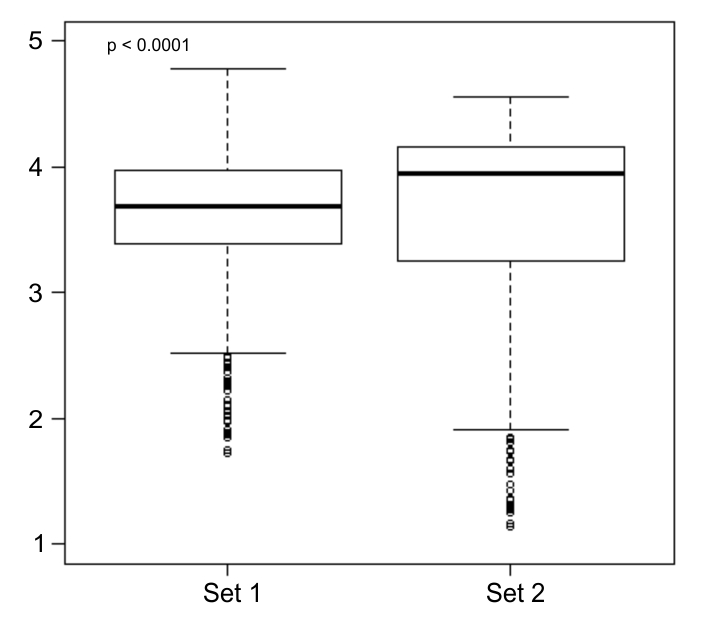 Interpret the test in terms of what the test actually tells you.

It doesn't compare medians; indeed medians may easily be in the opposite direction to the direction of difference the test indicates, because it's measuring differences in a different way. If you're making an additional assumption that would imply a difference in medians with a significant result (e.g. if you assume identical distributions under the null and a shift alternative -- which is sufficient but not necessary to imply a difference in medians) then you have grounds to doubt that additional assumption.

It's important to test the thing you want to know about! If you're interested in comparing medians, you might investigate whether you can do that (e.g. via a permutation test with an assumption of identical distributions under the null in order to have exchangeable group-labels; the alternative needn't require you to assume a shift alternative).

Not the answer you're looking for? Browse other questions tagged wilcoxon-mann-whitney or ask your own question.