Since I want to see how boldness of individuals change with time, I would like to make random intercept random slope plots. However, model with (Trial|colony) + (Trial|individualID) is a singular fit, so I went with the following model:

Please note that (1|colony)+(1|individualID) is the same as (1|colony/individualID) in this case (because of this excellent answer here). I got the following plot using the sjPlot package: 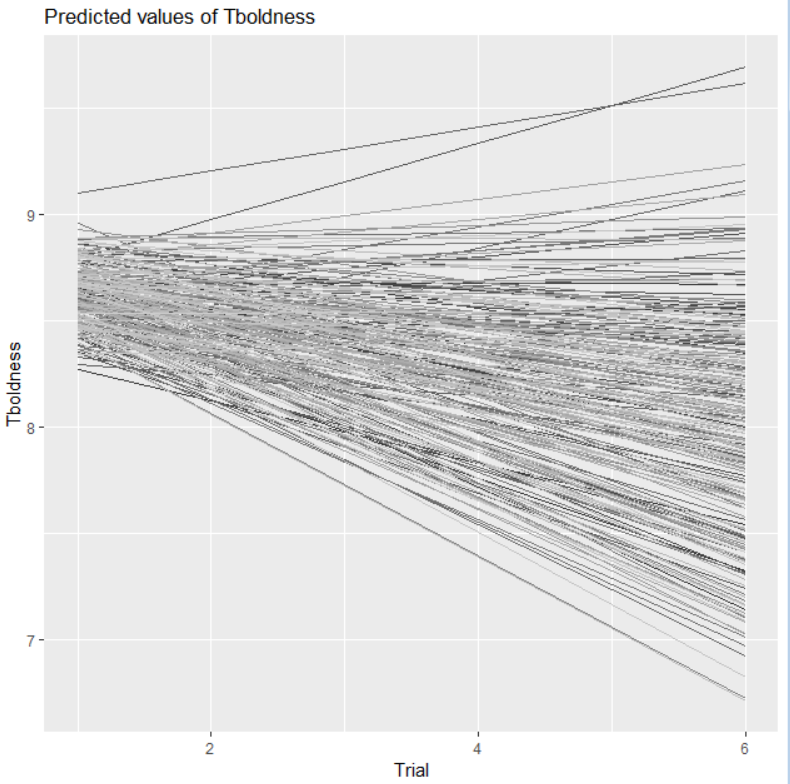 Next, I created a model without colony as random intercepts: 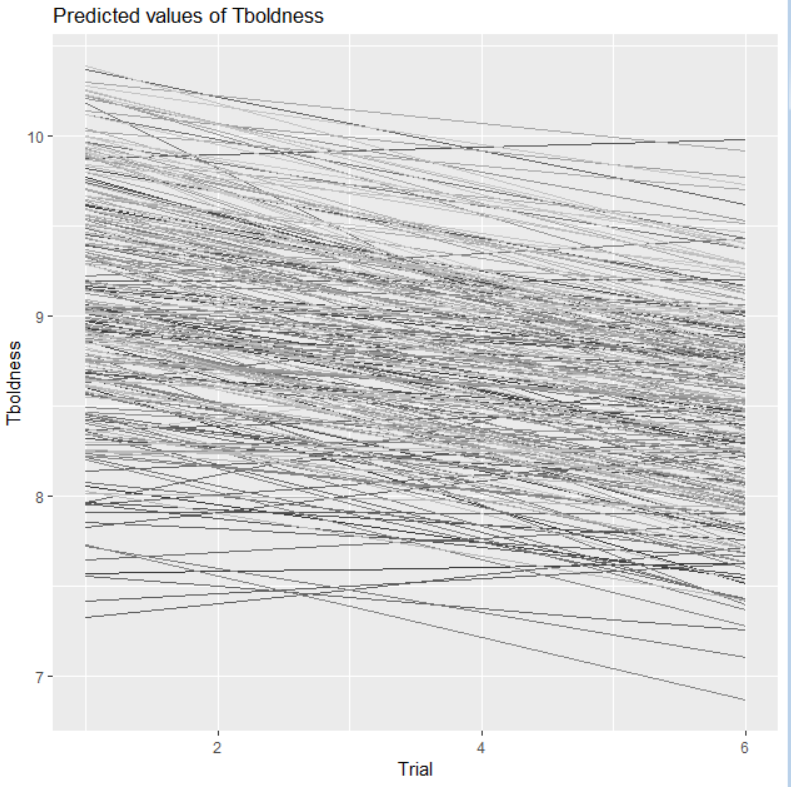 As one can see, Fig 2 shows greater variation in intercepts between individuals while this variation is reduced after factoring in colony as random intercept (Fig 1). Also Fig 1 shows fanning out, i.e individuals with greater intercepts have larger slopes.

I would like to know if my assumption is correct. If it is correct, then M1 is not the best way to model within-individual variation over time.

94
Crossed vs nested random effects: how do they differ and how are they specified correctly in lme4?