I'm examining how boldness of individuals change with time. My data consists of individuals repeatedly measured across trials for boldness scores. First, I plotted each individual to see its mean and variance from the following plot: 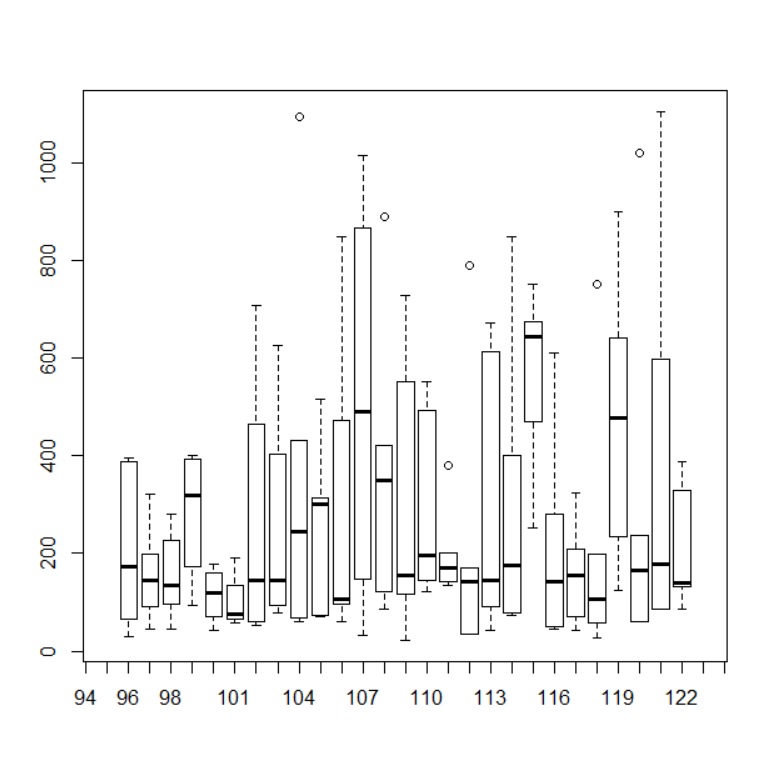 Next, I constructed a random slope random intercept plot, to see how boldness vary with time (trials). As lmer resulted in singular fitted model, I used the stan_lmer function from the rstanarm package in R (using the code stan_lmer(Boldness~Trial+(Trial|individualID,data=mydata)). From the model diagnostics, it appeared the model fit was reasonably well. Below is the random intercept random slope plot: 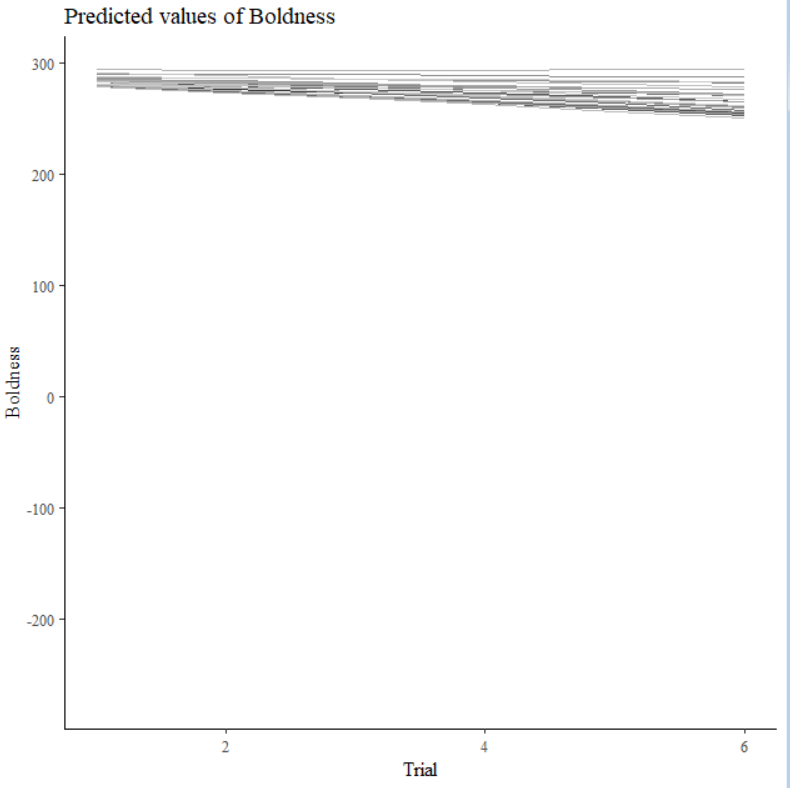 Here, each line represents an individual. From the plot, there appears to be very less variation between individuals in the intercept. Similarly, individual slopes are similar indicating similar variation in boldness across time (trials).

However, the boxplot of the raw data showed significant differences between individuals in their means and variances. These differences are very little in the random intercept random slope plot. I'm trying to figure why this is so? Individuals with greater mean values for boldness should have greater intercepts in the random slope plots. Similarly, individual showing greater variance in boldness should show greater variation in slopes. Is my model correct?

Any help is much appreciated. Thanks.

This is a simple random intercepts and random slopes model. The fact that the model did not converge with lmer() may indicate that something went wrong in the way the data were fed into the function. In addition, the scale of the plot of the predicted values of boldness is different than the scale of the figure with the box-plots, i.e., in the box-plots some subjects have means below 200, whereas in the lines plot all of the seem to be above 250.

Not the answer you're looking for? Browse other questions tagged regression bayesian mixed-model random-effects-model rstan or ask your own question.