I have some difficulty in understanding the concept of equality of events. I am referring to the book "Probability and random variables" by papoulis. In that, the author describes equality of events as follows. "Two events A and B are called equal if they consist of the same elements. They are equal with Probability 1 if: P(A) = P(B) = P(AB) "

So far, I have understood the above equation holds, only if the set A and B overlaps (visualising in terms of Venn diagram). But I am not able to correlate this with a real life example. What example would differentiate "equal events" and "equal events with Probability 1" ? I tried understanding this concept with two different dice. But they become independent events, and it will not be possible to have an intersection between the independent events as they occur in different sample spaces.

Could someone please help me out here? I want to understand it with some real life examples. Thank you so much. I have enclosed a copy of the text for your convenience 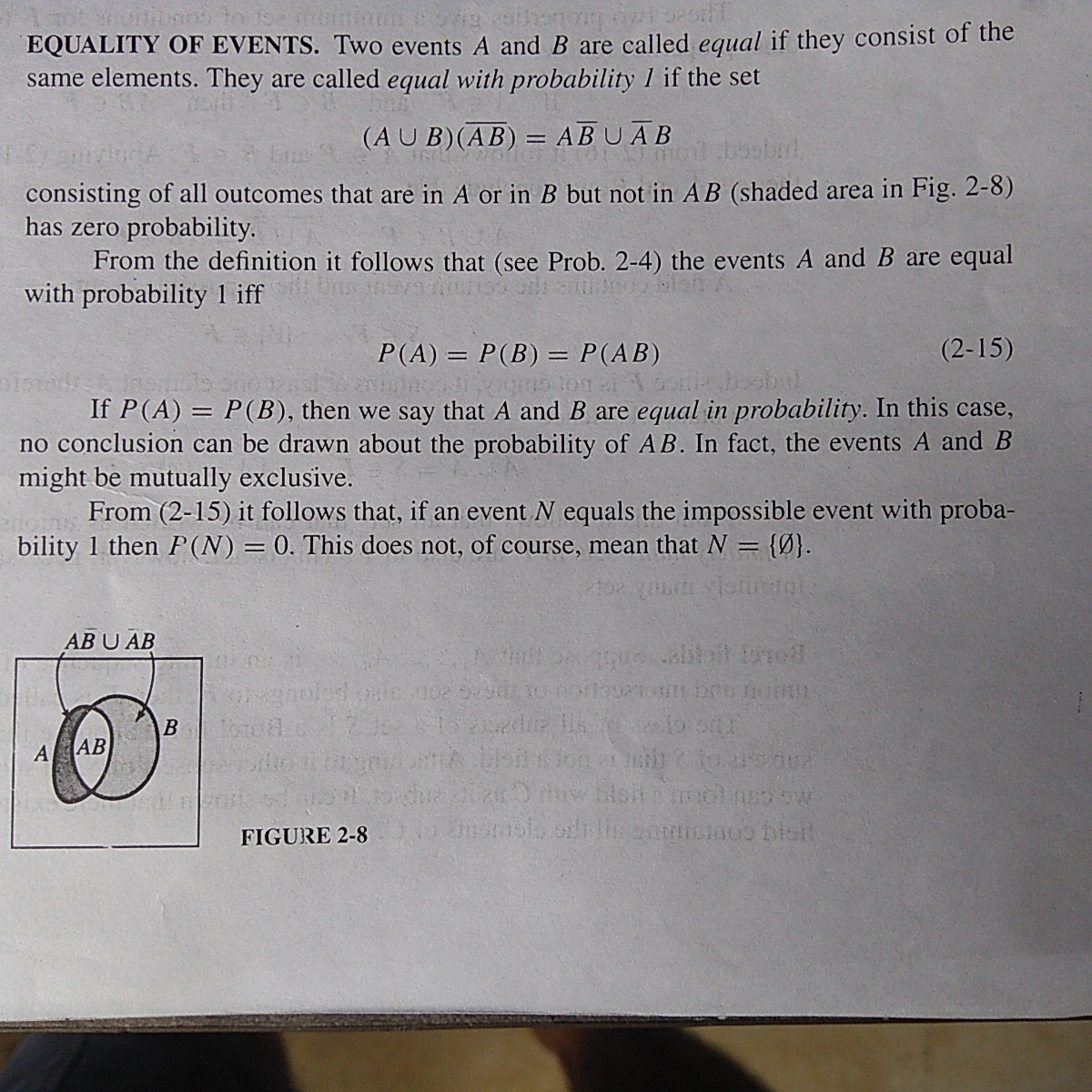 1
Probability of an event occurring between two events?
9
Three open philosophical problems in statistics
8
Mechanics behind deviation from random distribution
157
Why do we need sigma-algebras to define probability spaces?
1
Concepts of Probability all messed up
6
How do we characterize probabilities on this infinite sample space
0
What is the likelihood that the first of N unlikely steps occurs in the first 1/Nth of the total time, given that all N steps succeed?
1
How randomly selected events are independent?
2
What is the variance of the difference of two random-variable indicators with a chance of intersection between events?