How to run a regression analysis in python on a nonlinear, strange dataset

I can't figure out what type of regression analysis or extrapolation technique to use in order to come up with an equation for the data I have plotted.

For a school project, I've been testing diodes by connecting them to a temperature switch that shuts off the circuit once the temperature reaches around 250 degrees Celsius. I plotted the data, and I wanted to extrapolate it and get an equation that I could use to predict future diode temperatures. However, I have tried all sorts of extrapolation techniques and none of them accurately fits the data. For example 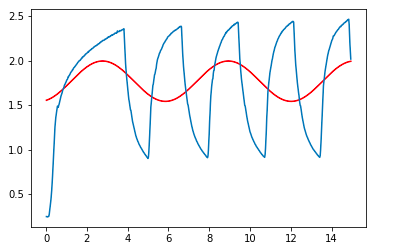 as well as this: 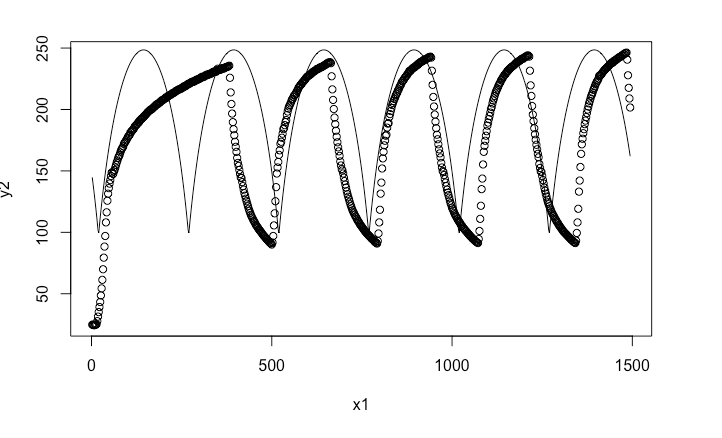 I've tried extrapolation/regressions in both R Studio and python, but I simply cannot get an accurate enough equation for either. Is there anything I could improve in my code, or maybe is there another technique I could use?

This is the code I used to get the first graph:

python regression curve-fitting extrapolation
share|cite|improve this question
edited May 3 '19 at 6:43

There are clearly two different segments to each curve. I suggest fitting each separately.

While it is heating up, it looks exponential - see whether log(250-t) is linear.

While it is cooling down, it looks quadratic, so I suggest seeing whether sqrt(t-75) is linear.