I have problems understanding the Factor Component Analysis of the paper: "Measuring thirty facets of the Five Factor Model with a 120-item public domain inventory: Development of the IPIP-NEO-120".

with this picture added 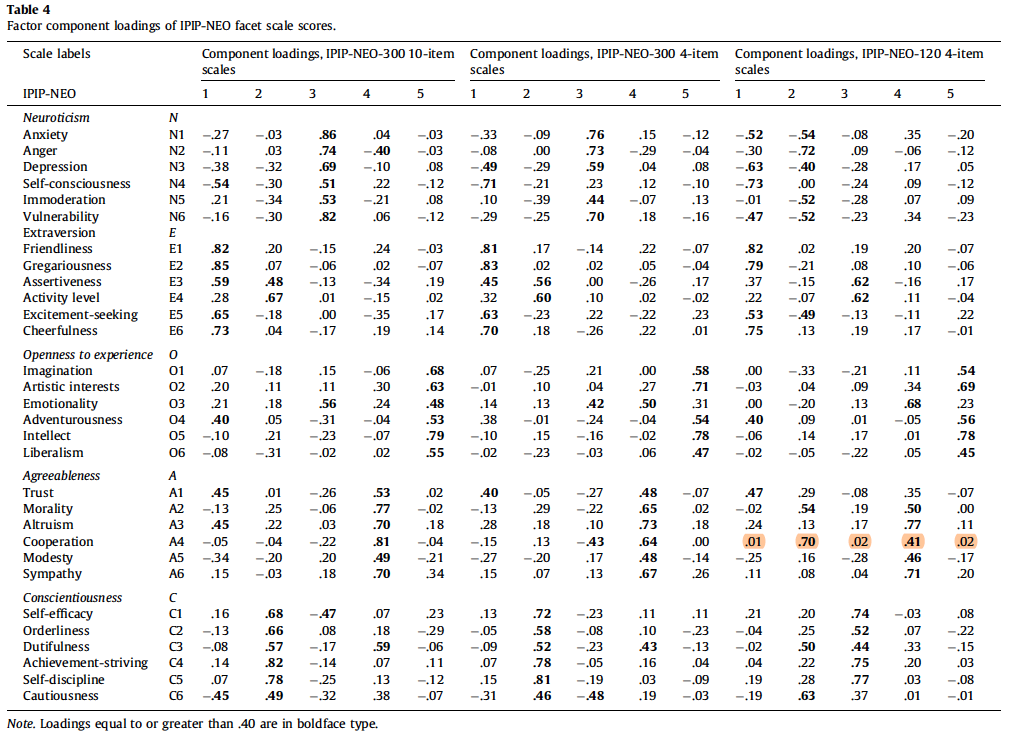 The example from the text with N4 Self-Consciousness has in all three PCAs the highest absolute number at 1.

How does one know that number 1 corresponds to the Extraversion? They say five components were extracted and subjected to varimax rotation with Kaiser normalization. No clue what this means. In my opinion 1 would correspond to Neuroticism, 2 to Extraversion and so on.

The first principal component corresponds to extraversion (loosely speaking) because it has relatively high and positive loadings on all but one of the measures of extraversion. Similarly, the second component is associated with conscientiousness, the third with neuroticism, etc.

Not the answer you're looking for? Browse other questions tagged r pca factor-analysis factor-rotation or ask your own question.