In the paper: "Risk aversion in the small and in the large" by John Pratt from 1964, a formula is derived for the approximation of the risk premium: rp ≈ 0.5*σ^2*r(x)

The risk can be represented with a binary outcome of either xlow or xhigh.

p=probability of a high outcome

If you choose the certainty equivalent as x, the approximation is actually more precise than when you choose x. But you need the output of the formula: the risk premium, to use it (CE). So this is clearly not possible.

What do the terms: O() and o( ) mean, and can they be represented with a mathematical formula?

In the attachments I have added the first four pages of the John Pratt paper and two pictures.

The first picture shows the quantification of the most common risk preference: risk aversion.

The second picture shows the risk premia for the whole continuum of the expected x values. The risk premium is the highest somewhere in the middle, since the variance: Δ^2*p(1-p), is the highest at p=50%. The red line shows the exact risk premium. Arp11 shows the approximation in which the CE is used as x and to calculate p (p=(CE-xlow)/(xhigh-xlow)). In Arp22 E(x) is used as the x value and to derive p (p=(E(x)-xlow)/(xhigh-xlow)).

Although Arp11 seems to be the best interpretation of the formula, Arp22 is the closest approximation. 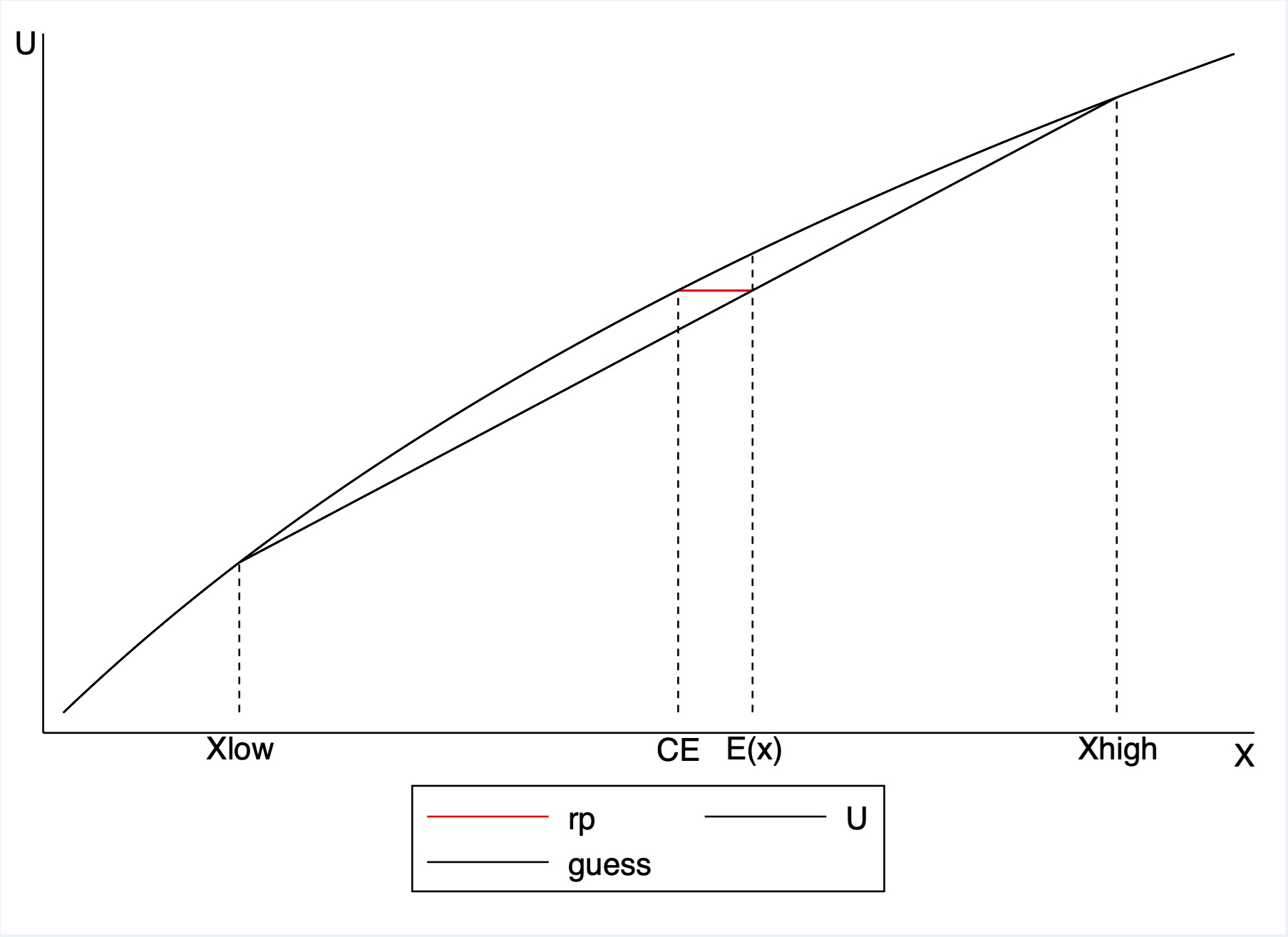 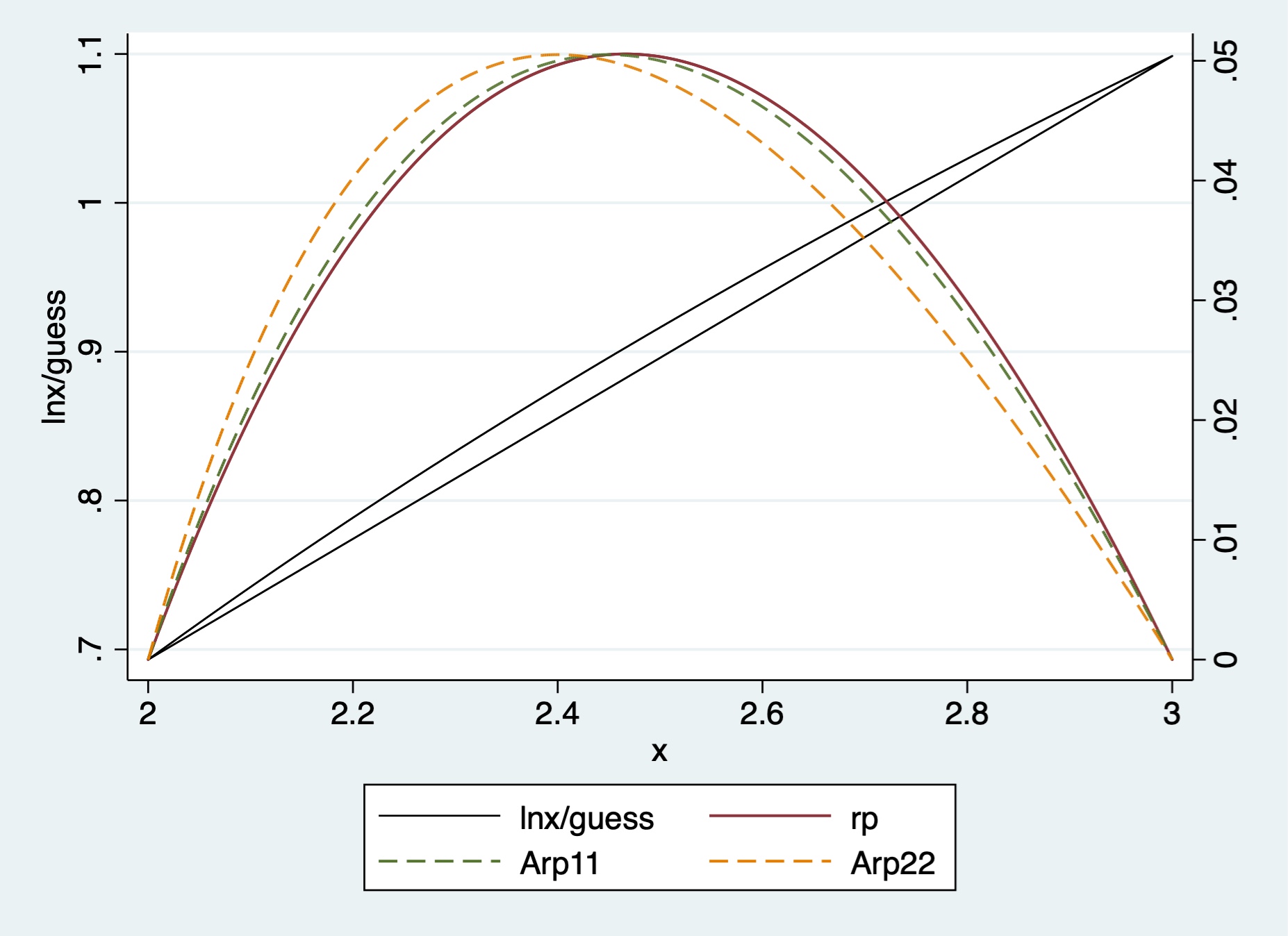 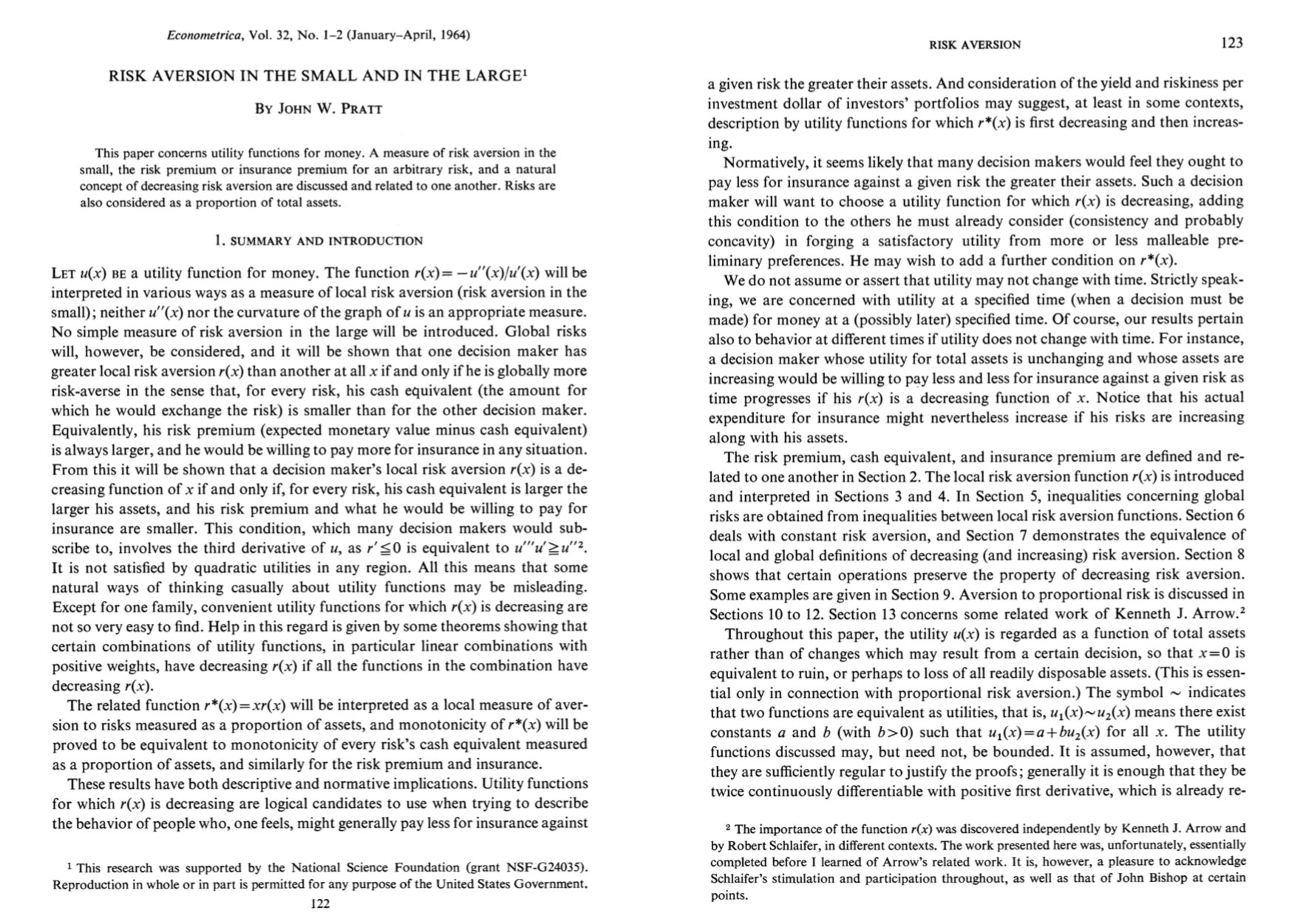 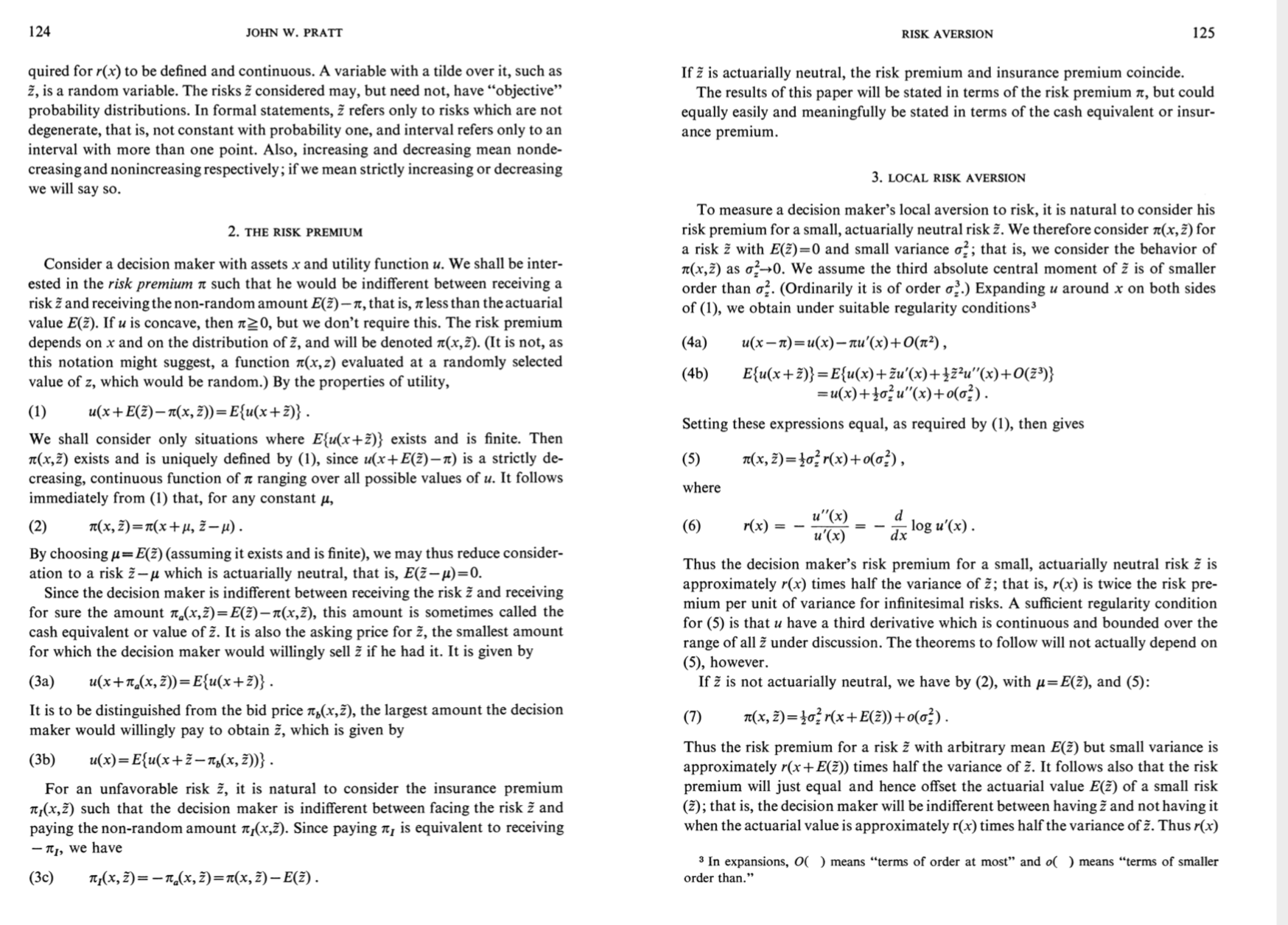 You can find more here. For Big-O:

in mathematics, it is commonly used to describe how closely a finite series approximates a given function, especially in the case of a truncated Taylor series or asymptotic expansion

The difference between the earlier definition for the big-O notation and the present definition of little-o, is that while the former has to be true for at least one constant M, the latter must hold for every positive constant ε, however small.[5] In this way, little-o notation makes a stronger statement than the corresponding big-O notation: every function that is little-o of g is also big-O of g, but not every function that is big-O of g is also little-o of g.

Not the answer you're looking for? Browse other questions tagged mathematical-statistics or ask your own question.

8
What is the meaning of $\oplus$ and $\otimes$?
1
Is there a way to express skew in terms of kurtosis, and vice versa?
1
Proving sufficiency for the sum of the differences between each observation and the smallest order stat
1
Meaning of Extreme Value distribution vs. lowest/highest Order Statistic
0
Please explain subscript t and the statistical meaning of this table
1
Most Efficient Estimator and Uniformly minimum variance unbiased estimator