We can see that the difference is non-significant and that group B have one person with an IQ higher than 145. This may be important as somethings correlate with very high attribute values (being a CEO, math prodigy, whathaveyou). If I wish to estimate the difference in the population in very high values of an attribute (e.g., IQ) based on a sample, how do I do it?

So we would expect distribution B to have 53.6% more points over 145 than distribution A, which matches your simulation pretty well. 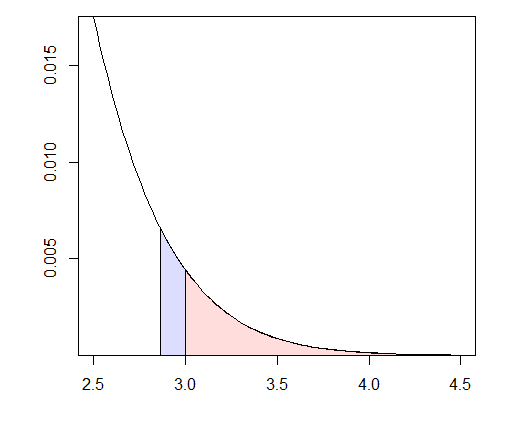 You do not specify how the standard deviation will change, but you can use the above computation to see the effect.

You can multiply by sample sizes to get the expected number of points that satisfy the condition.

1
Can Fisher's exact test accept a 'vector of probabilities'?
2
power to detect effect sizes for the usual t, Welch Adjusted t, and Mann-Whitney U test
1
Main effects and multiple comparisons for binary data
3
Are two grade distributions significantly different in R
0
How to use causal inference to understand the impact of COVID-19 on different groups?
1
Effect size calculation for One-way ANOVA and Tukey-HSD
1
R Metafor Measure = MN