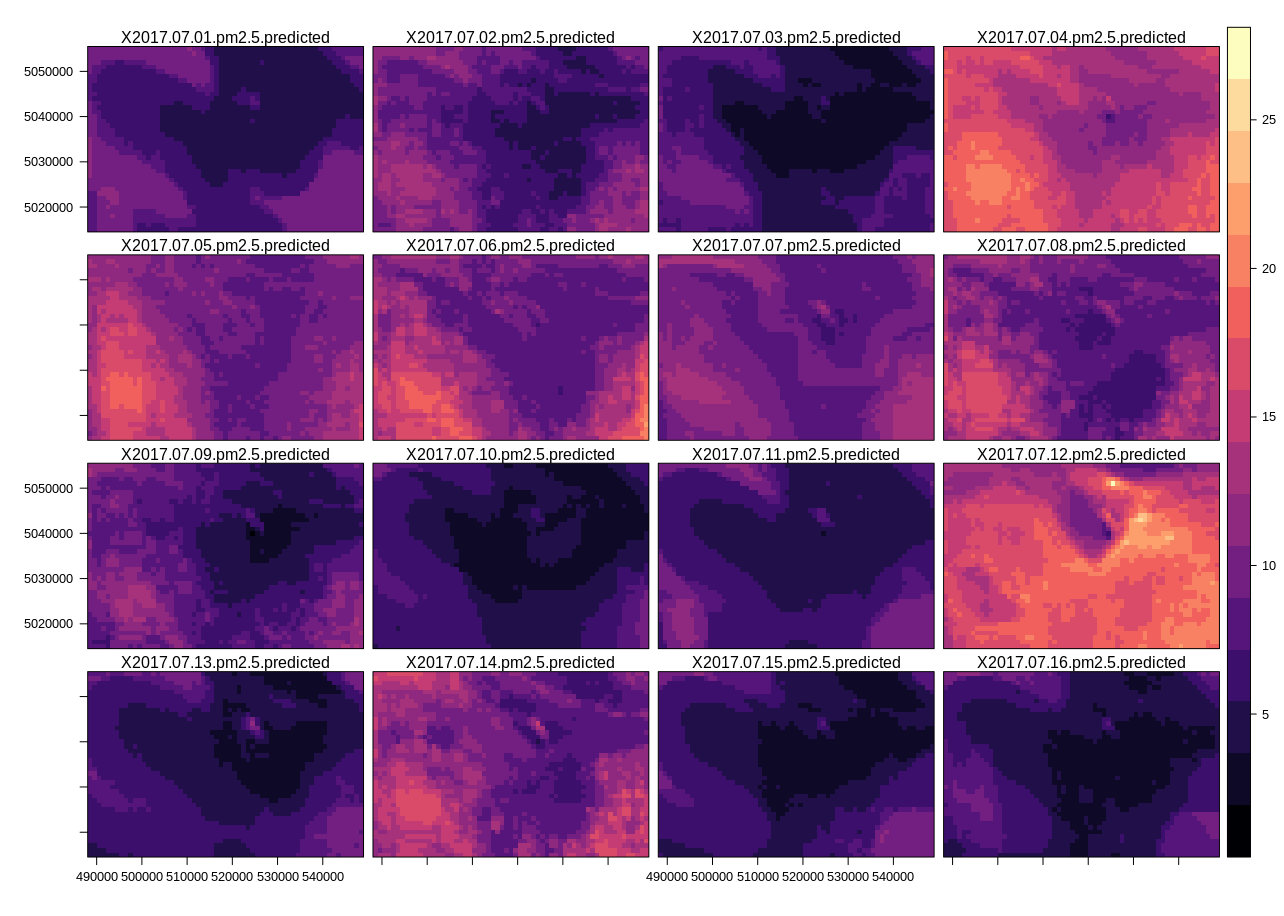 We are trying to train a random forest model on land-use and meteorological variables to predict daily concentrations of air pollution at a 1km resolution. Our input data consists of 1km raster stacks of these predictors, as well as a network of air quality point data which serve as a response matrix. We are extracting raster cells from our predictor stack that intersect with our response matrix throughout the course of an entire year before training the model. In other words, each day and at each location where we have air pollution data, we compare mean daily concentrations as a function of that day's land-use and meteorology data (which also change in time and space). In total, there is over a year's worth of daily observations to train on.

This approach yields an $R^2$ value of 0.87 after performing a 70/30 holdout and comparing the test data with the predictions. 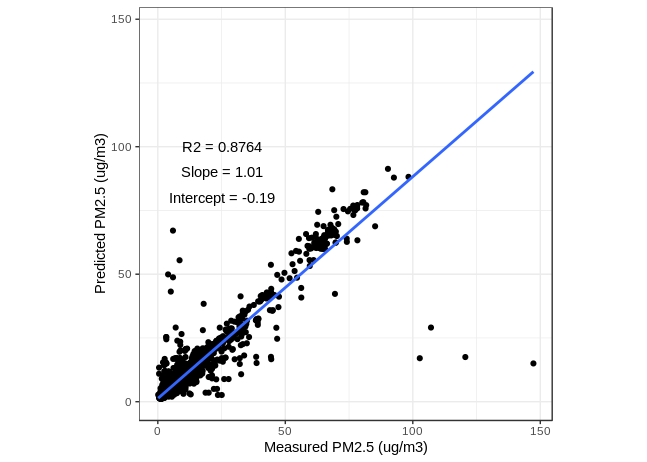 Despite the decent model accuracy, the predicted rasters (air pollution heatmaps at 1km each day) are not aligned with our expectations of our study area. We have two main concerns with this model:

Does it make sense to train a random forest model on a year's worth of observations if the ultimate goal is to predict daily exposures? Or is this introducing noise into our model? Is there a better way to account for the temporal component in addition to the spatial component?

I am not an specialist, but:

1) Try to split your data considering this imbalance, 50-50 for each group in the traning set if it is possible. If it is possible, try to include rural and city as categorical explanatory variables.

Not the answer you're looking for? Browse other questions tagged r machine-learning random-forest spatial spatio-temporal or ask your own question.