I'm using SPSS to run cox proportional hazard model. I've five different groups and I need unadjusted and adjusted (for age) HR for all of them separately. My first group is a reference group. I've added this 'group' variable as covariate in the covariate box indicating which one is reference, but when I add age in the same box (to adjust for), it gives me single adjusted HR for age for all the groups. How can I get age adjusted HRs, each for one group, separately? Age is a continuous variable, should I change its category?? 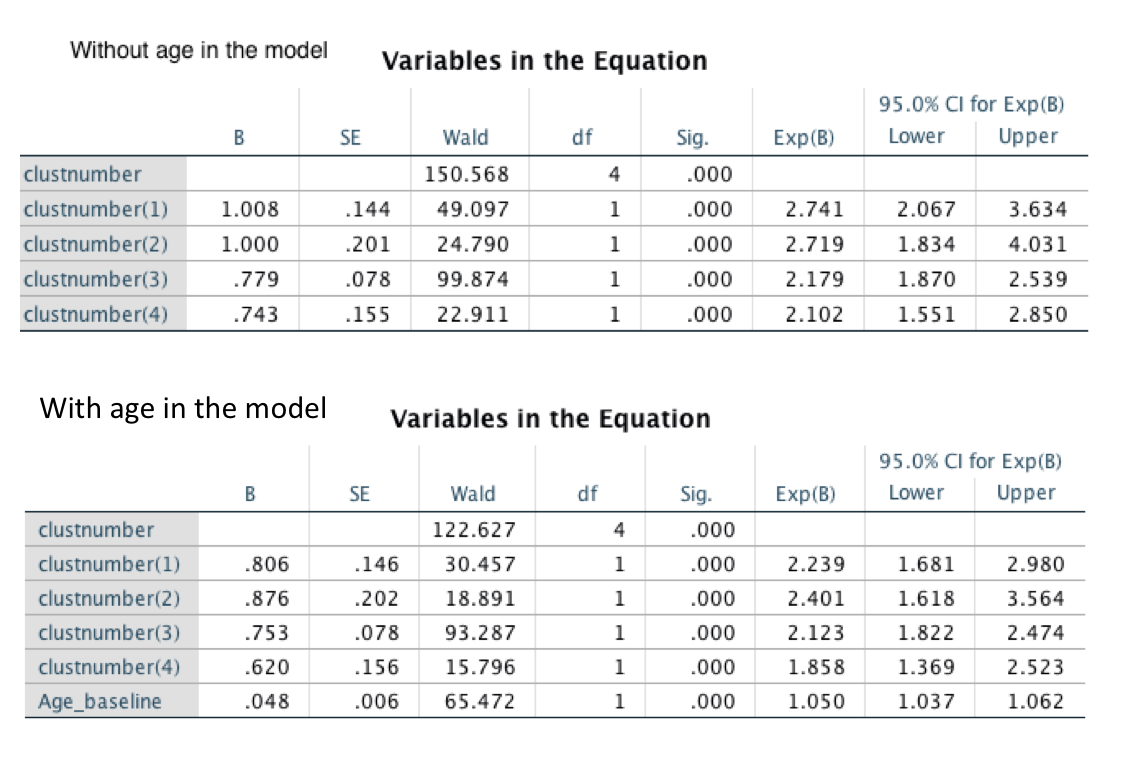 If you think that the relationship of age to outcome differs among your groups, then you could "get age adjusted HRs, each for one group, separately" by including an interaction of age with group in your model. As @ToddD notes for the situation with a common correction for age among all groups, you will still only get HR values for 4 groups, each expressed relative to the reference group.

You will, however, get 4 additional regression coefficients related to age, interaction coefficients of age with each of the non-reference groups. The ways these are presented can differ among software packages. With the R coxph() function at default settings, the main coefficient for age would be its relationship to outcome in the reference group, and the other 4 age-related coefficients would be the group-associated differences from that reference relationship. I'm not sure how SPSS displays its results in such a situation.

Those age-adjusted HRs relative to the reference group, however, might (depending on the software package) then be those calculated for the 0 value of the age variable. If you wish to take this approach it would be best first to express age as the difference from a representative age (e.g., the median or mean) of your study population so that the value of "0" age represents something typical of your study population. Otherwise the software might implicitly extrapolate back to a newborn with 0 age, potentially producing statistically "significant" differences in HRs that aren't of practical importance in your study population.

That said, if the relationship of age to outcome doesn't differ much among groups, this might be overkill and a common correction for age among groups, as you have already done, could be adequate.

Not the answer you're looking for? Browse other questions tagged regression spss cox-model or ask your own question.