r-linear mixed model with the random effect variable be continuous

I was trying to use the package lme4 in R which allows we to deal with the hierarchical data and consider the variability between subjects. But in this case, the data usually looks like 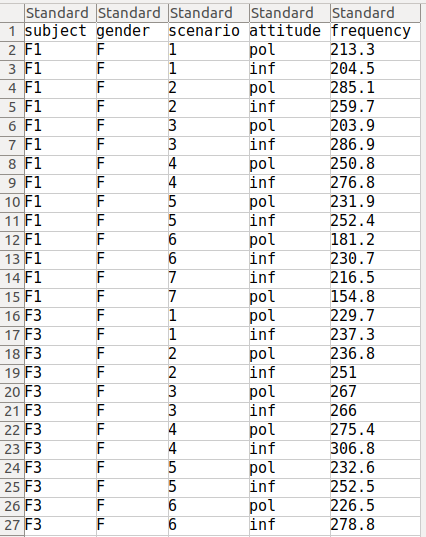 to specify which variable has fixed effect, attitude, and which has a random effect, the subject and scenario are two variable with random effect.

But my questions are:

Many thanks to any comments!

A couple of comments:

Not the answer you're looking for? Browse other questions tagged r mixed-model or ask your own question.

4
Nested mixed effects with lme4
7
Restricted Maximum Likelihood (REML) Estimate of Variance Component
3
Controlling for continuous variable in linear-mixed-effect model
2
linear mixed model: visualising fixed effect and interaction with continuous variable (with confidence interval)
3
How to choose random effect in a repeated measures mixel model
2
How to decide whether to include a random interaction for the random effect in a Linear Mixed Model?