Can discrete time series be non-stationary?

We all know about time series that grow over time, but it seems like we only ever see continuous values such as the plot shown below. 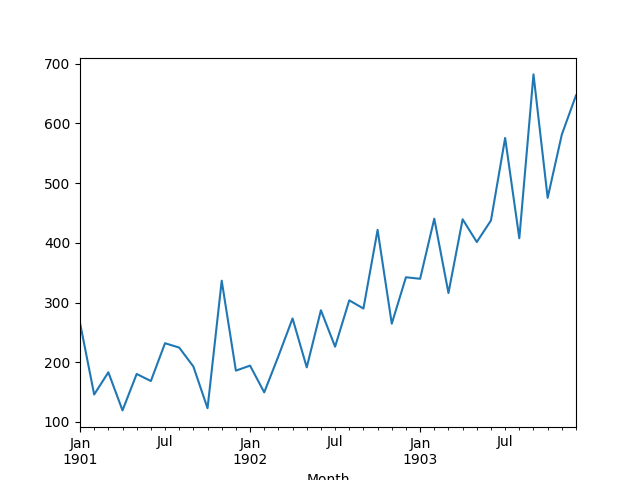 But is there such thing as a time series that might start out with balanced mix of class 0 and class 1, but eventually turn into mostly class 1's?

Per the title, certainly discrete series can be nonstationary.

But is there such thing as a time series that might start out with balanced mix of class 0 and class 1, but eventually turn into mostly class 1's?

Sure, you could readily construct a binary time series process that was non-stationary.

(There are many other ways to make nonstationary binary series)

Here's an example using the above scheme with $\alpha=0.005$, for the first 1000 observations. You can see that it starts out with a similar density of 0 and 1 values but the 1-strip rapidly starts to get heavier and the 0-strip gets lighter and lighter, until near the end the 0's have become quite rare.

Not the answer you're looking for? Browse other questions tagged time-series stationarity or ask your own question.

3
Analysis of multiple time series
5
Why is the Confidence Interval Changing for this Time-Series
0
Time Series Forecasting, Log or non-Log
3
Time Series - Is there increasing variance?