I have N distinct bernoulli trials with a distinct probability for each trial given by, P=(p1, p2, ..., pN). I want to know the distribution of the number of successes. Given that I know P, I can fully describe the distribution with a poisson-binomial distribution. As expected, the result is almost identical to the poisson distribution with rate=N*mean(P), since N=5000 is large and mean(P)=0.00114 is small. 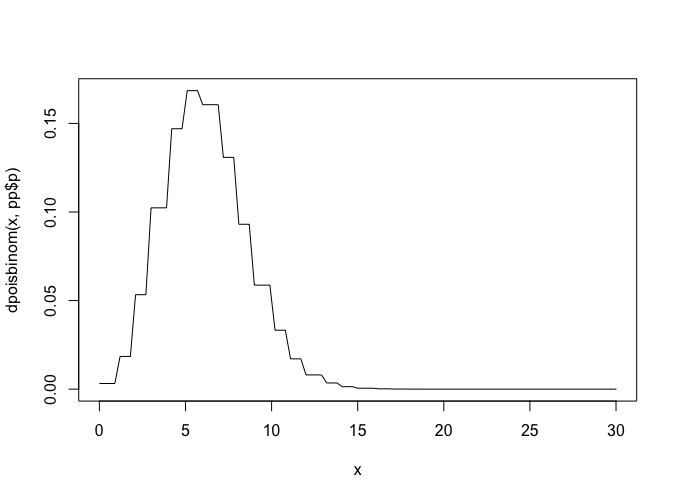 I can also easily compute the parameters to a beta distribution from P, and describe the distribution of successes with a beta-binomial distribution. 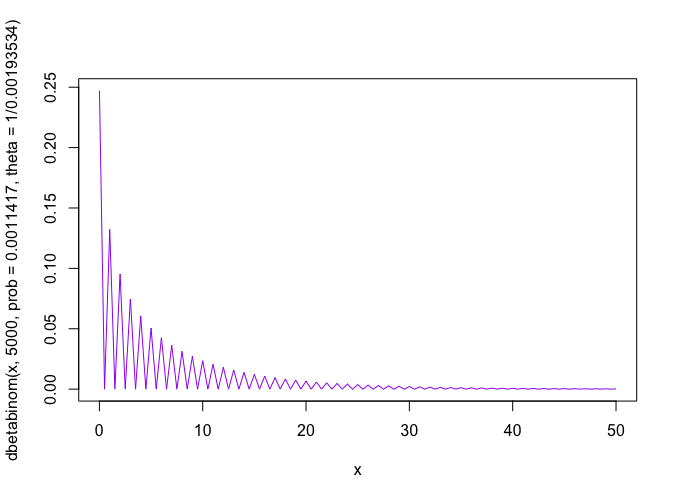 Why are the two distributions so different? This is my main question. 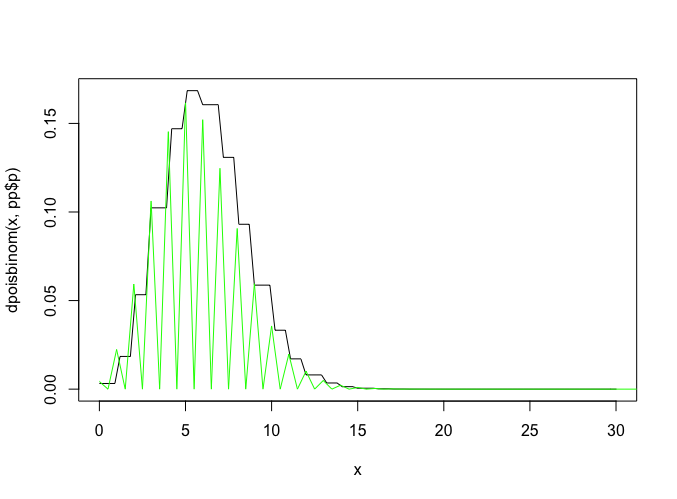 When I examine a histogram of actual data for a fairly large sample (80k+ data points, each with N trials), the resulting distribution looks like the PB and BB distributions have been combined. So I am unsure which best describes the data, and why.

My question stemmed from my own ignorance at the time, but I thought I'd post the answer in case anyone else has the same misunderstanding I did.

When I posed the question I erroneously understood that the beta-binomial distribution assumed that every one of the N Bernoulli trials performed in one run of the experiment would draw a unique probability parameter from the defined beta distribution.

With that, it's clear that for a given set of trial probabilities, P, in a poisson binomial distribution, one cannot simply estimate the beta distribution describing that set of probabilities and plug it in to a beta-binomial. So my question really makes no sense.

Of course, by artificially reducing the variance to approach the mean probability value, the beta-binomial will resemble the equivalent poisson (and poisson binomial) distributions as I described in the question.

Sorry for the confusion, but hopefully this will help someone else.