I am looking at the relationship between life expectancy and smoking rate within the London boroughs.

Which gives me information on the spatial weights that were created for my spatial covariates in the column of Mean: 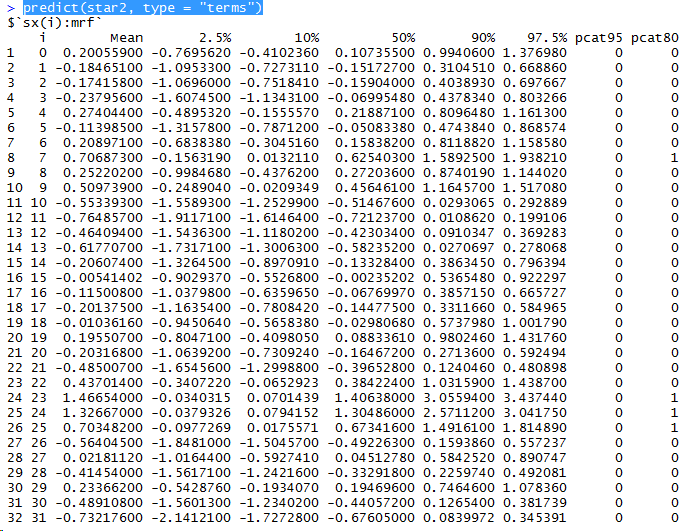 So these are the 32 weights that are assigned to my 32 polygons. What I am not sure about is how these weights are thus applied in order to account for the existing spatial autocorrelation?

If a polygon x is a neighbour of two adjacent polygons (y and z), then do the observed values for my independent variable (smoking rate) from y and z get multiplied by their respective wieghts and then added to contribute to the estimated fitted value of my dependent variable (life expectancy) for the polygon x?