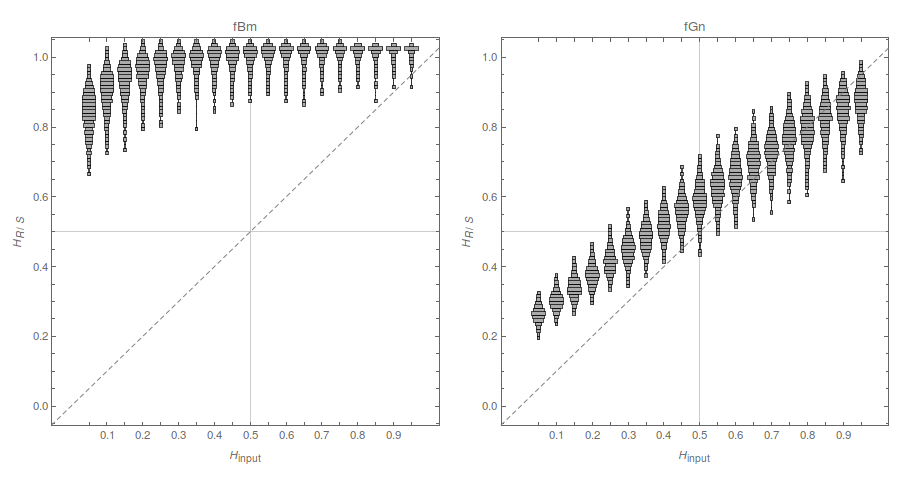 While for fGn the performance is somewhat ok (although anti-persistent processes are systematically overestimated), I was surprised to see the awful performance in case of fBm. I hadn't found anywhere an indication that R/S is not suitable for nonstationary data, so I always assumed it's a universal algorithm.

After seeing these results, I've done some more digging and only found this paper: Bias in estimating fractal dimension with the rescaled-range (R/S) technique suggesting that $H>1$ is a sign of nonstationarity.

Is this bias (for both fBm and fGn) something well-known that I've just been constantly missing? Has it been thoroughly examined, and is there some study to reference?

I have also generated a few fBm (and fGn through differencing) and estimated their $H$ using R's hurstexp function, finding a similar pattern; so it seems it's a real phenomenon, not a sloppy implementation.

3
Why does the Hurst package apply a finite-differencing step before doing rescaled range calculations?