Trying to do a paired t-test but one variable is not normally distributed, log transformation did not work

I am trying to do a paired t-test but one of the variables is not normally distributed (vegetarian enhanced), as you can see from the boxplot.

I tried to do a log transformation but it made the p value in a Shapiro-Wilk test even smaller.

The other variable (meat enhanced) however is normally distributed.

The ratings are based on a Likert scale between 1 and 10.

What can I do in this situation? 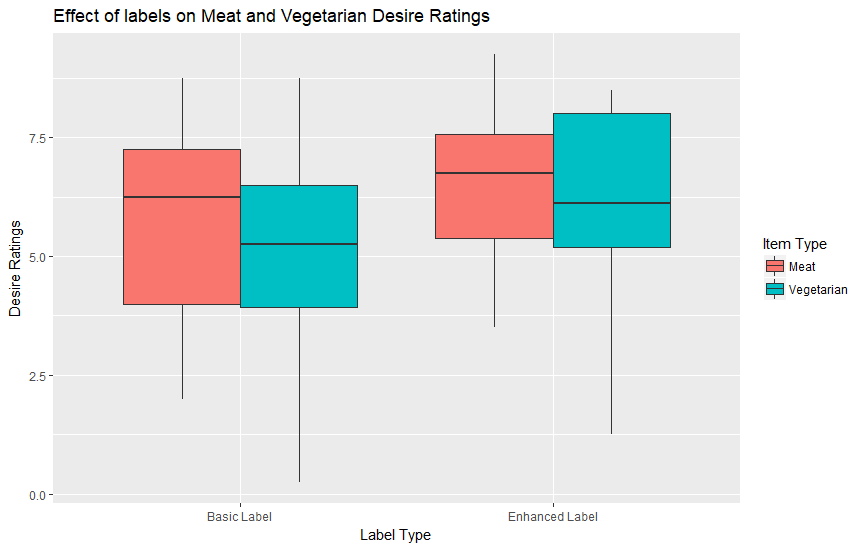 I wouldn't be worried about a standard $t$ test being especially inapplicable here. The differences are more nearly normally distributed than the original data. As noted in comments, the group distributions aren't crucial, but the distribution of the differences. (If within-group non-normality were an issue, vegetarian is slightly left-skewed, so logarithms are not the way to go at all: they would make skewness worse.)

You don't really have a large enough sample to see much here except that there isn't much agreement between meat and vegetarian, or a systematic difference either. The mean difference on scores is about 0.4 and swamped by larger individual differences of both signs.

Results from Stata, but any environment should serve.

Banal moral: If differences are of interest, look at them directly. Side-by-side box plots are oversold here, as they suppress most of the information. Side-by-side histograms, etc., would not be better. 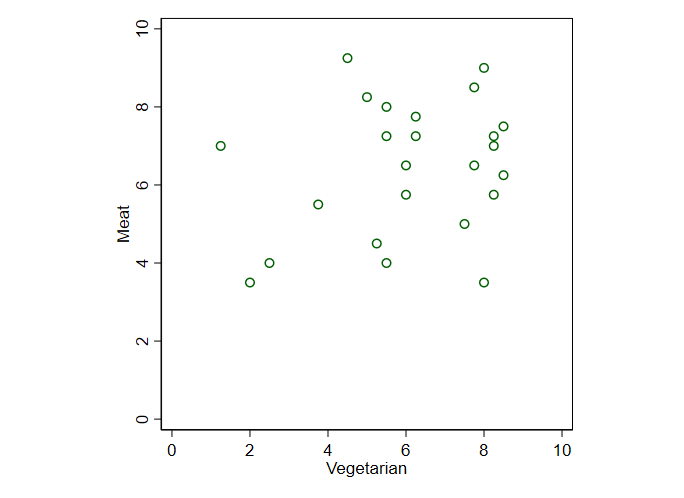 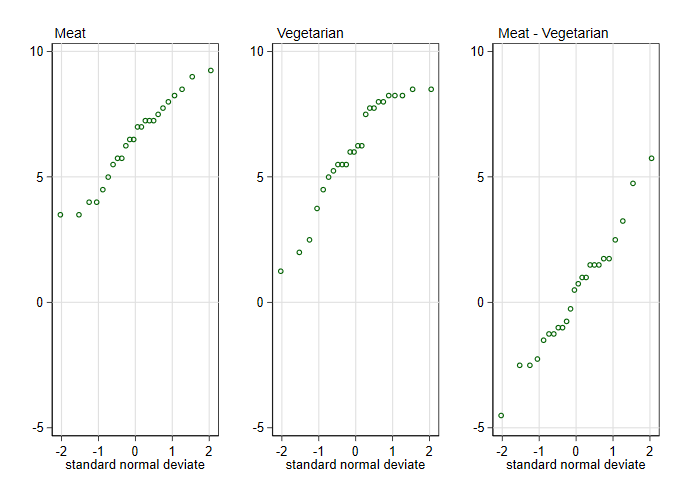 1) You most definitely CANNOT determine that a variable is normally distributed based on a boxplot.

3) Finally, the normality assumption of the t-test is a little overrated--in small samples you'll often have too little power to reject a null hypothesis of normality, and in larger samples, where you'll be powered to detect non-normality, the normality assumption doesn't really matter anymore because the sampling distribution of the t-statistic will be approximately normal anyway.

Not the answer you're looking for? Browse other questions tagged normal-distribution paired-data or ask your own question.