This question has been asked before with very good (but incomplete) answers. This and this are the two best answers that I found. But following is my doubt:

Top answers from both (by IrishStat) the links suggest to fit a common model to both the time series and then globally. I understand that if the same series was split in two parts, chow test can be used comparing the estimated models of the two splits with the estimated global model.

However, if the two time series are different (say urban and rural inflation), and the comparison is to be done for the same time window, IrishStat suggests "..( putting the second series behind the first ) . Make sure that your software recognizes the beginning of the scond series.."

Question: how to do this? Do we need to add a dummy (LS outlier type?). If so, would it not disturb the estimate of the global model. In fact there should be no global model in the strict sense. Joining two time series assumes a dependence structure between last point of first series and first point of second series, where there may not be any.

and specified an ar(1) model here 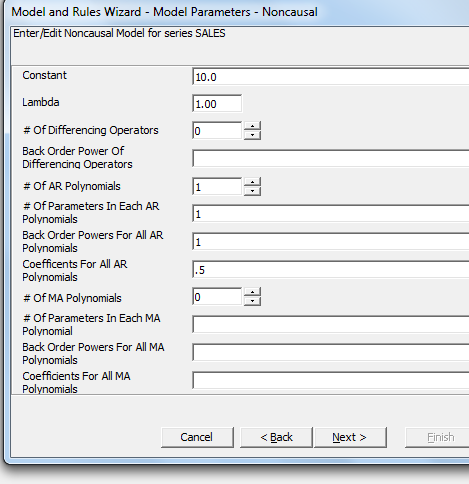 The idea is that the last point of first series and first point of second series should be restricted from affecting the model coefficients.

I directed that there were 3 groups here 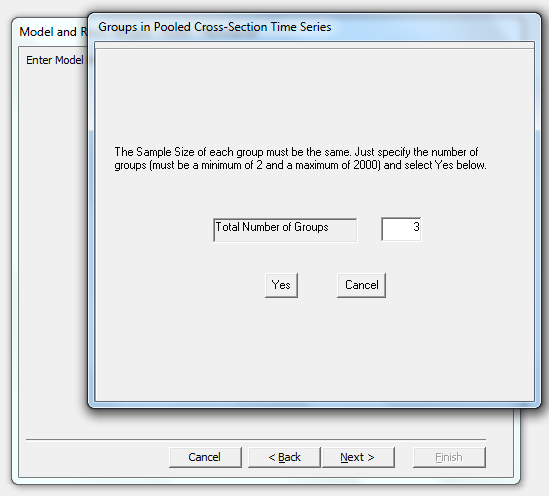 The results shown here detail how the 1st , 8th and 15th residual were restricted to 0.0 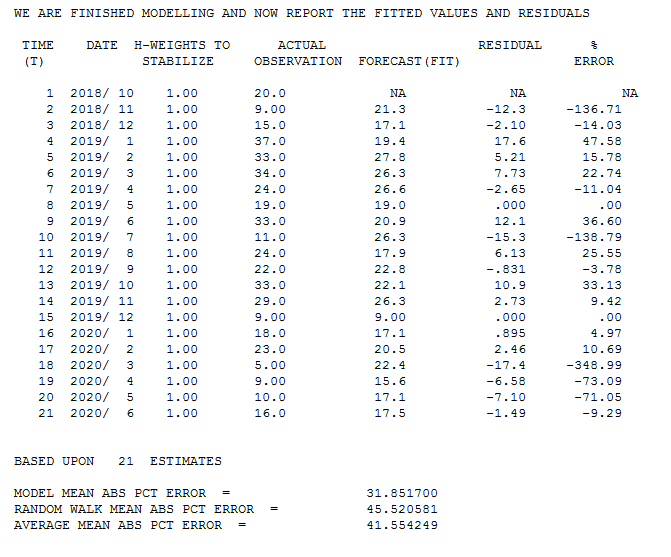 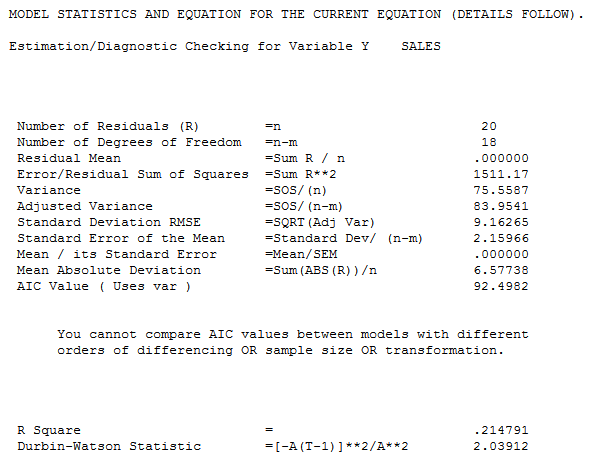 to test the hypothesis of a common parameter across the 3 groups , simply estimate each group separately and sum the 3 error sum of squares and perform an F test. The CHOW test can be used comparing the estimated models of the two splits with the estimated global model.

Not the answer you're looking for? Browse other questions tagged r time-series statistical-significance arima outliers or ask your own question.

8
Forecasting nonstationary time series
1
Contingency table with 2 different time series
1
How to take mobility into account: multiple regression
3
Can I use the correlation between two variables when observations on each variable are autocorrelated?
4
How to compare 3D accelerometer data in time series?
7
Proving similarities of two time series
0
Statistical significance of an event in seasonal time series