How to Determine Appropriate Values for Correlated Uniqueness in SEM Simulation?

I am trying to run a simulation of power/bias for a particular SEM, in which a number of correlated uniquenesses will need to be specified. I know how to determine the appropriate values of the measurement model parameters when these correlated uniquenesses are omitted--the squared standardized loading for an indicator and it's uniqueness should sum to one (e.g., $\lambda = .75, \theta$ = .4375). So if I know the value of the $\lambda$s that I want, I can easily solve for the $\theta$s. What's not clear to me is how to adjust my population estimates when these correlated uniquenesses are involved. In particular, I would like to know, given a particular $\lambda$ for an indicator, how to:

One thing that I've already tried is specifying this residual association in the form of latent method factors in the population model (i.e., one onto which $X_1$ and $X_4$ would load, another for $X_2$ and $X_5$, and a third for $X_3$ and $X_6$) with particular loading values corresponding to the % of variability that I want. However, this makes my simulation software cranky later, as it considers the population model w/ method factors as appreciably different from my model to analyze. 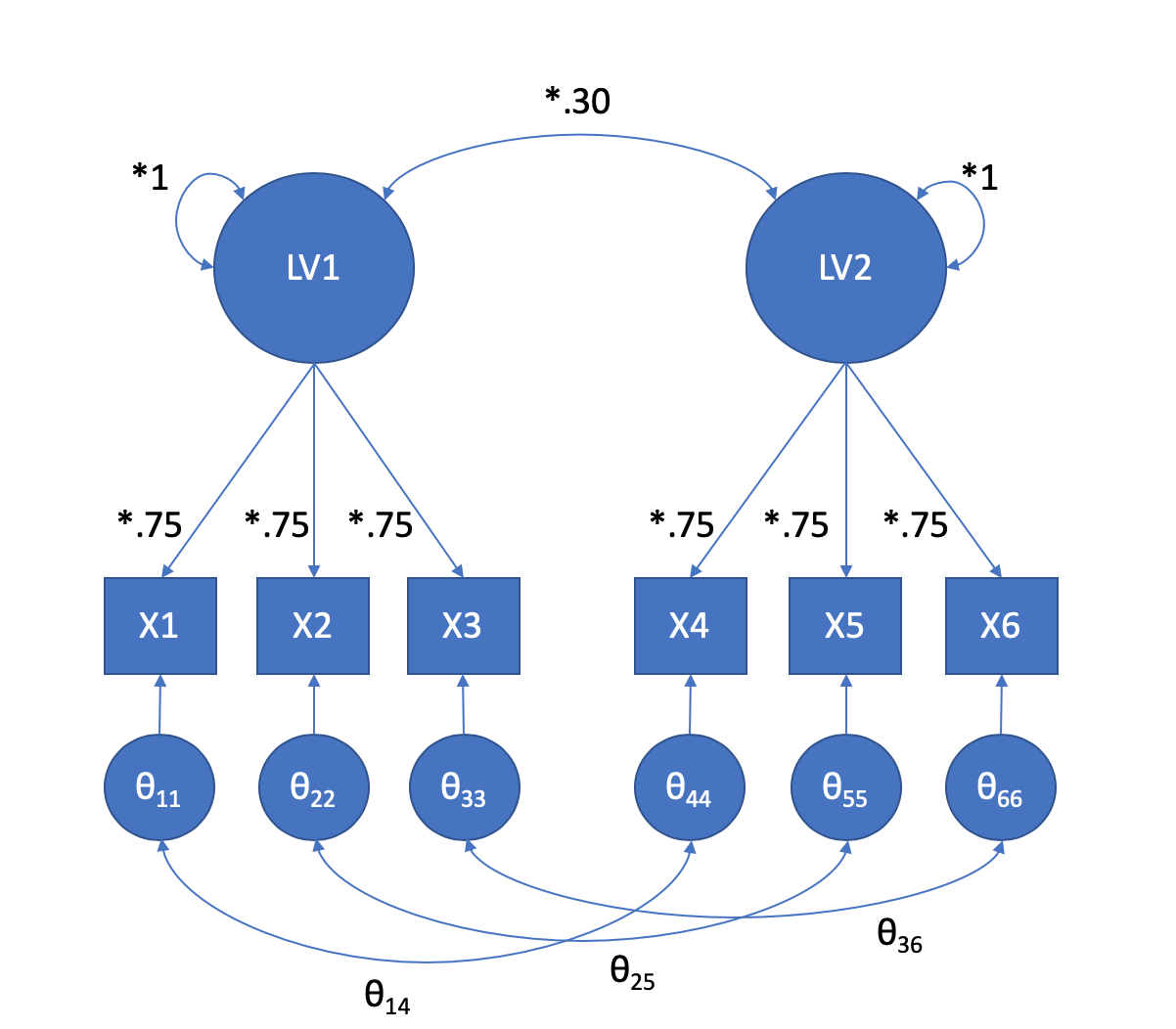 Browse other questions tagged simulation sem confirmatory-factor or ask your own question.

1
How do you determine the effect of a simple predictor variable after a PLS analysis?
6
Unable to estimate standard error after freeing first indicator in SEM model - Why is it so?
1
Understanding factor correlations and factor score correlations in CFA and EFA
4
Why are reference variables not set in exploratory factor analysis?
3
How to Test Linear Hypotheses about Parameters in Simulation-Based Indirect Inference