I am undertaking a study where we analysing the fine details of two multiple regression equations.

Multiple regressions were carried out for the months of February and August 2017, with ET as the dependent variable and sunshine hours, relative humidity and wind speed as the independent variables.

From looking at tables 1, and 2, which (if any) of the independent variables would you consider removing from these multiple regressions and why?

All the coefficients in both models (see tables 1 and 2) are less than 0.05 so all contributions are statistically significant. From the onset, it is easy to assume there is no reason to remove any coefficients from the model.

However, some of the coefficients have a negative relationship with the dependent variable (ET), and I am confused if these influences would have deleterious consequences on the overall model.

In the likelihood that it is better to remove coefficients from the model, I would be deeply appreciative if anyone could help me to understand why? 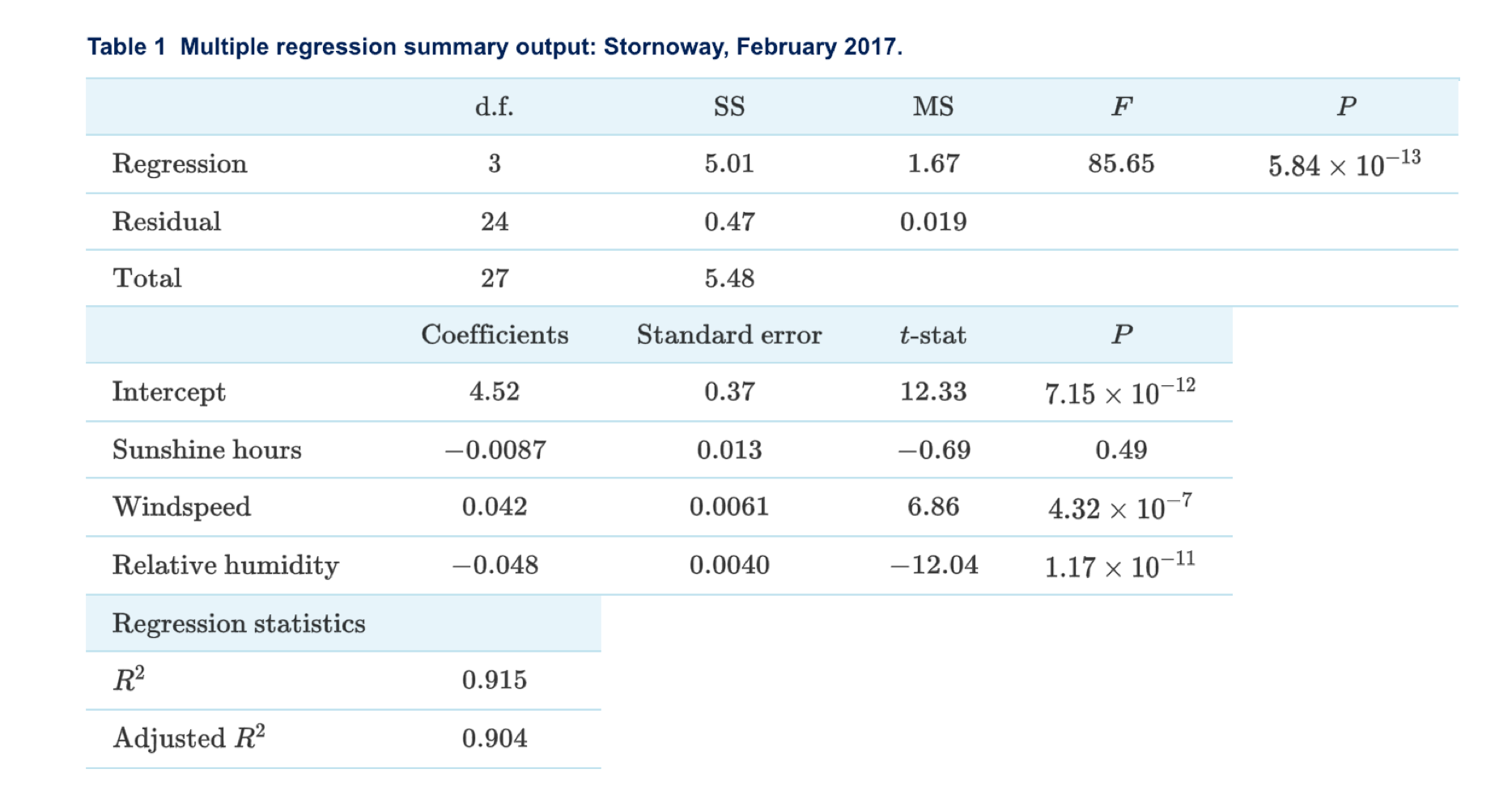 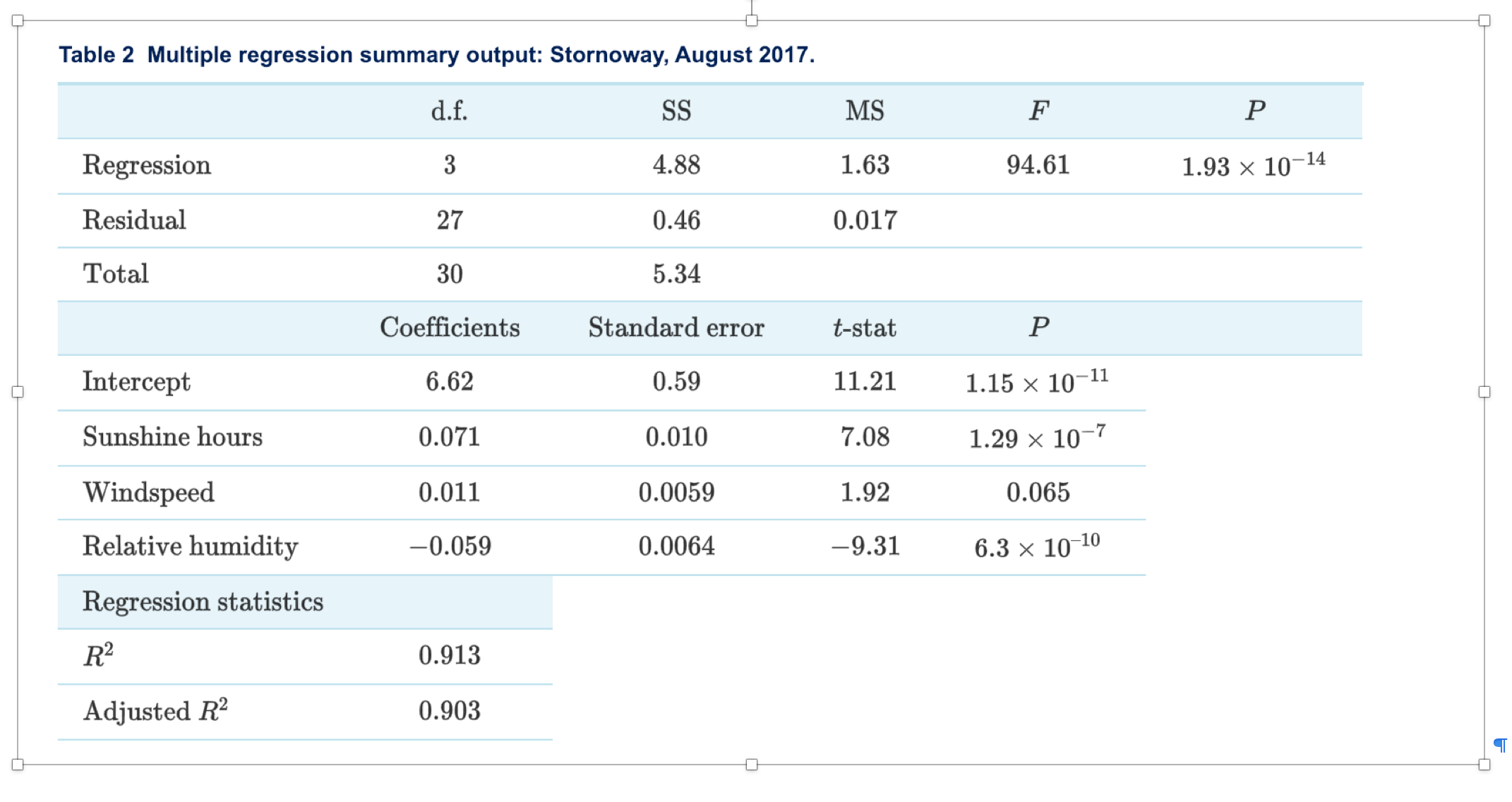 Browse other questions tagged self-study multiple-regression p-value regression-coefficients or ask your own question.