All the statistic's courses state that there is a tradeoff between the significance level ($\alpha$) and the probability of the Type II error ($\beta$). Specifically, for a fixed sample size, one cannot find a critical region that yields arbitrarily small values of $\alpha$ and $\beta$, and thus the consensus establishes that the statistician should fix the value of $\alpha$ and find the most powerful (greater value of $1 - \beta$) critical region according to that significance level.

I have not seen a proof of the $\alpha-\beta$ tradeoff in a general framework. Could you please provide me with the insights of a proof?

When you increase $\alpha$, you increase the probability of rejecting true nulls, and the way to achieve that is by making the rejection region larger. When that happens, the cases in which we reject can only increase (or in any case not decrease), be it when the null is true or when it is false. Then, $\beta$, the probability of a false acceptance, must decrease (or in any case not increase).

Of course, the reasoning works mutatis mutandis with decreasing $\alpha$.

To write that up a little more formally, denote by $\cal{T}$ the support of the test statistic $t$. A significance level $\alpha$ is associated with a critical value $c_\alpha$. W.l.o.g.$^*$ (take the absolute value of $t$ if the original test statistic implied a rejection when it took value less than $-c_\alpha$ or bigger than $c_\alpha$), we reject if $t>c_\alpha$.

$^*$: Actually, here we have a little scope for coming up with pathological cases to construct other cases: If we only require rejections with probability $\alpha$ under the null, we could also allocate the first, larger, rejection region of, say, a right-tailed test $\theta\leq\theta_0$ to the left tail of the null distribution. The probability that $t$ takes realizations in that region will be even smaller than $\alpha$ if the null is false in the sense that $\theta>\theta_0$. If we now decrease $\alpha$ and push that smaller rejection region to where it belongs, the right tail of the null distribution, power will be larger than before.

Of course, no sane person would have picked the first rejection region in that way, because a sensible auxiliary requirement for a rejection region is that it contains values which we would not expect to occur frequently if the null is actually true.

Now, when the null $\theta\leq\theta_0$ is true, small values of $t$ (i.e., values in the left tail of the least favorable distribution $\theta=\theta_0$) may not be evidence against the null at all. 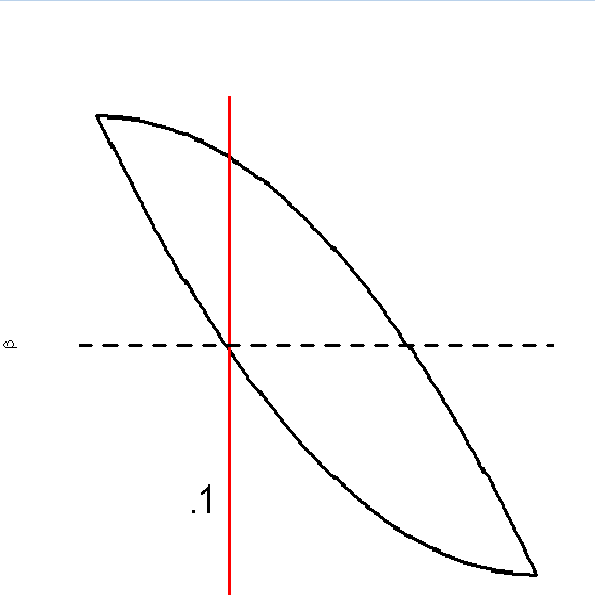 so we can not optimize $\alpha $ and $\beta$ with together and according the shape of $N$ for any level of $\alpha$ we take $\phi$ that have minimum $\beta$.

Not the answer you're looking for? Browse other questions tagged hypothesis-testing statistical-power type-i-and-ii-errors or ask your own question.

1
Statistical hypothesis testing - how to demonstrate that power $>$ size
4
Neyman-Pearson Lemma and hypothesis-testing
1
Why does the critical value varies inversely with the level of significance in hypothesis testing?
3
Uniformly most powerful test in poisson
3
When is probability of type-I error less than the level of significance?
1
If $p\text{-value}<\alpha$ does the observed test statistic always belongs to critical region?