I wrote a similar post just before, but I realized that I put wrong information there, hence I deleted it, and have re-written here

I am trying to conduct a power analysis on a hierarchical regression with interaction effects. Since my main hypothesis revolves around interaction terms, I am using ANCOVA in G*Power analysis to calculate the required sample size.

In the above case, what should my numerator df be? I first thought it was 1, because (2-1)(2-1) = 1, but if I want to include the three-way interaction term between the categorical IVs and the continuous IV (covariate in G*Power), then should I add one more df in the power analysis? I have attached 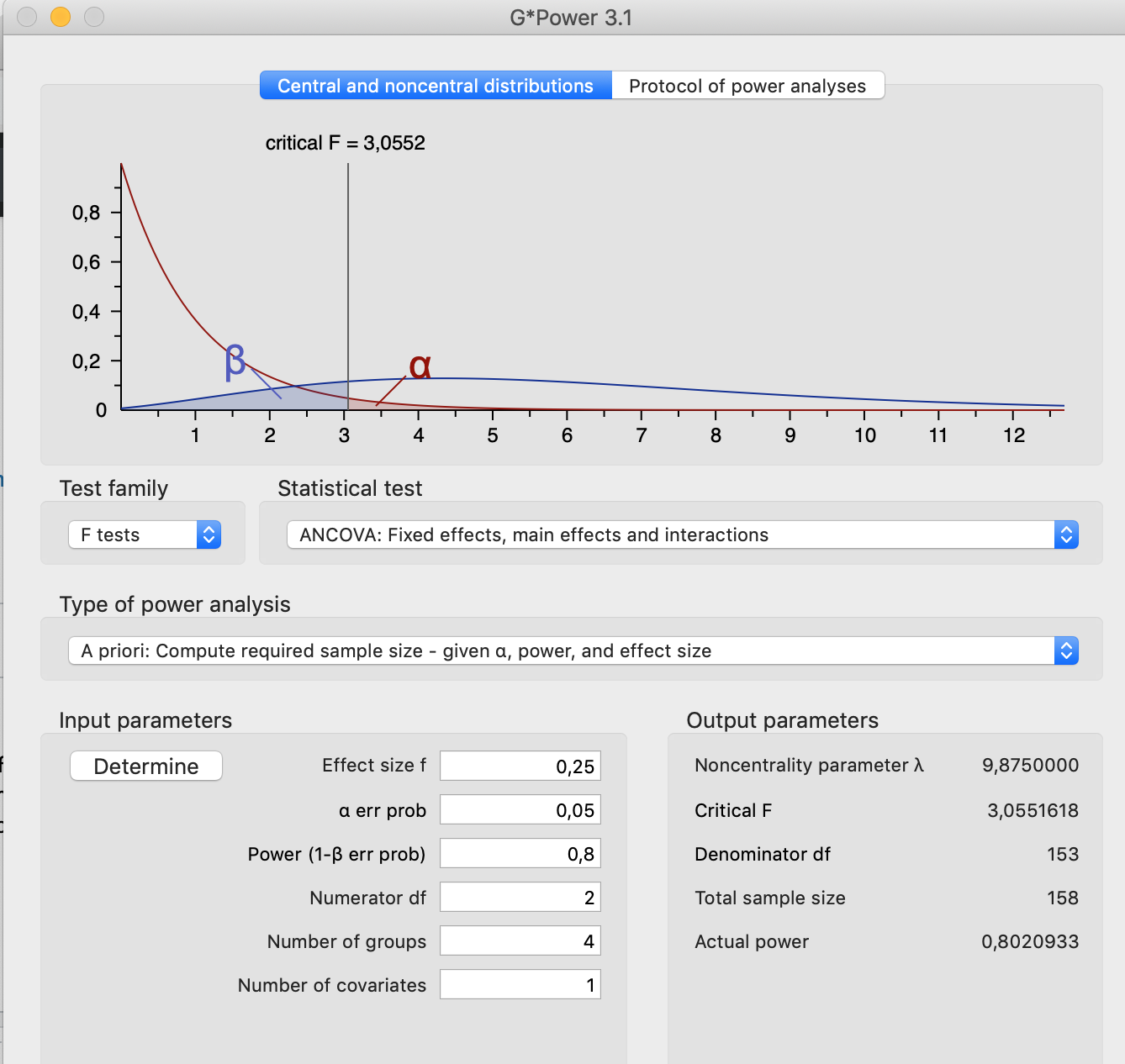 the screenshot of it below.

My experimentation with the ANCOVA tests leads me to believe it doesn't work. I know that sounds strange, but it doesn't seem to offer enough information in order to be even possible. For example, when you perform a simple ANCOVA; you are able to input info only on the special variable. Where is the information input regarding the group means/sd's?

In the case for two groups and one covariate, what you can do is calculate the SS based on a fixed power using a "two sample t-test indep groups", call this result "n". Then to adjust for the covariate you multiply "n" by (1-r^2). So, the stronger the relationship in the covariate is, it shrinks the required sample size. Unsure if you can map this to you model (with interactions) but it's food for thought anyway.

Not the answer you're looking for? Browse other questions tagged power-analysis or ask your own question.