I have twitter data which is labelled with the sentiment(Postive, Negative, Neutral) and I have evaluated the performance of Tf-Idf and Doc2Vec feature extractor using the KNN algorithm and logistic regression.

The output for using KNN is 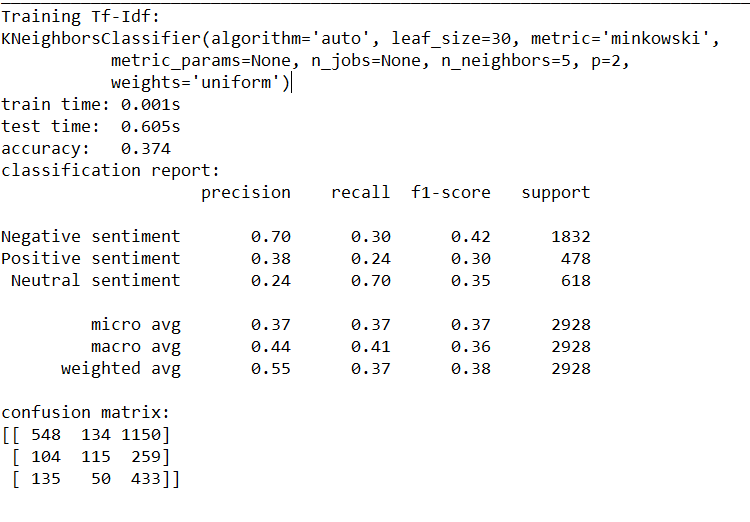 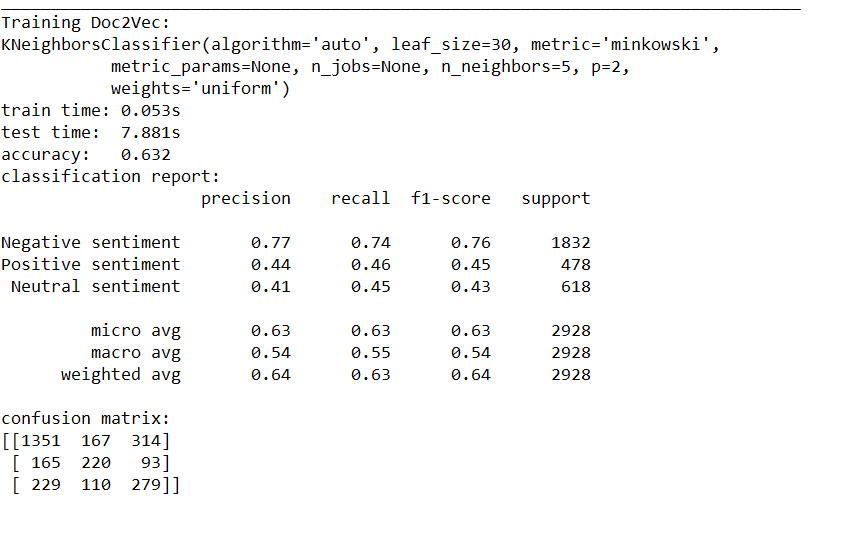 The output for using logistic regression is 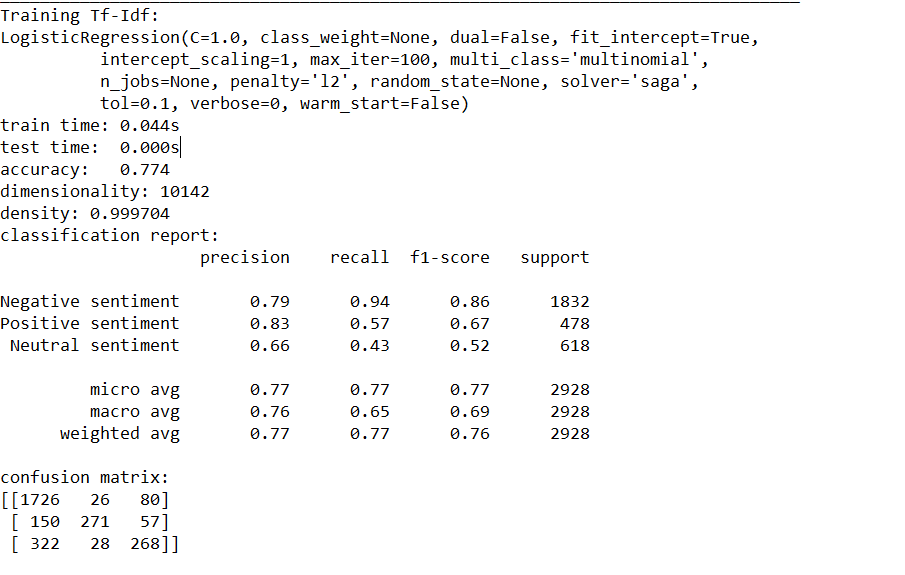 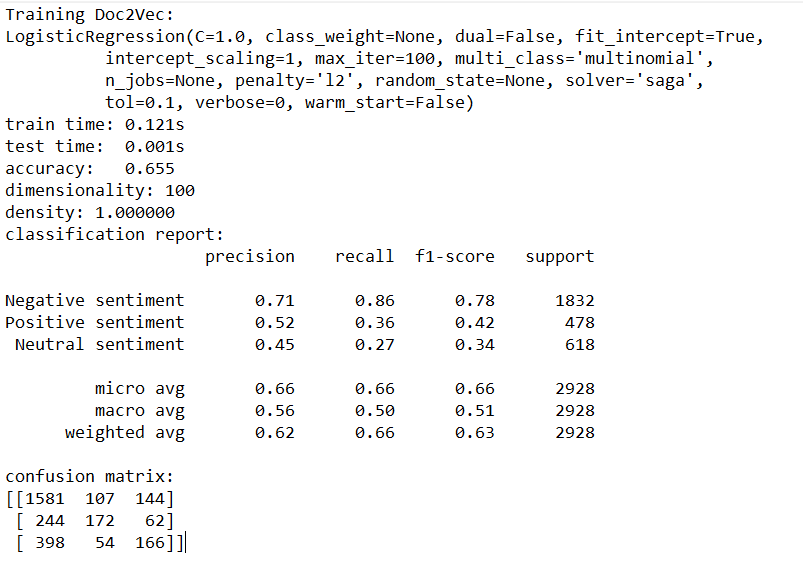 The first important part about your problem is its an imbalanced multi-class classification. In these cases, it's a valid point to tune the threshold of classification which is by default = 0.5. Moving to the important part is that since both of your classifiers - KNN & Logistic Regression aren't perfectly tuned it's not sound to compare the classifiers or the method of feature extraction.

Secondly, your different classifiers are responsible for different decision boundary - LR makes a linear unlike KNN with non-linear boundaries.

Thirdly, usually I have seen doc2vec to be better but it depends how good is your data. If documents are really small then doc2vec doesn't provide the additional benefit hence not much difference might be observed in TF-IDF & doc2vec.

Not the answer you're looking for? Browse other questions tagged data-mining precision-recall tf-idf doc2vec or ask your own question.