What does residual map explain?

I am modelling count data of migration flow (from origin to destination) with several explanatory variables using negative binomial regression.

I then calculate the residuals and mapped it using the origin and destination spatial units. What does residual map really explain beside over or under predictions? I also did a spatial autocorrelation test of the residual for each map and the result is not significant meaning the distribution of the residuals are random instead of clustering. How can I interpret more? 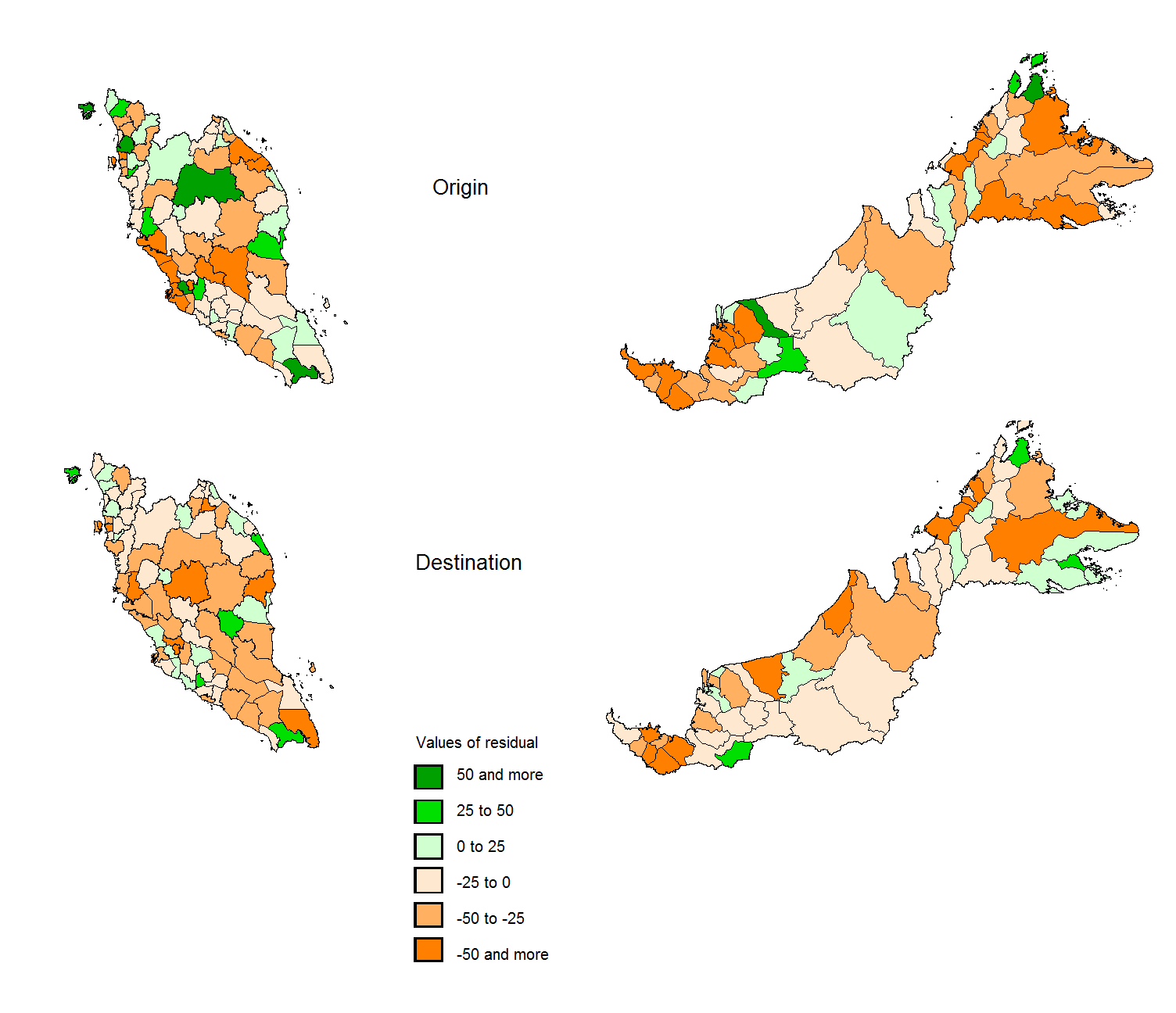 As spoken in the comments, you fit a negative binomial regression, where the dependent value is the count of migrations into and out of each district (i.e. each political subdivision). The unit of observation is the district. You have the residuals for each district, and as you stated, the residual is just observed value - predicted value.

In my opinion, there's not much else to say about the residuals. You could perform residual diagnostics, but that's about it. Here's another Cross Validated post on that subject.

Not the answer you're looking for? Browse other questions tagged residuals or ask your own question.