Violation of proportional hazard assumption with big sample size - how to correct for it?

So far I have looked at this mainly by using logistic regression models with bankruptcy (0/1) being the dependent variable. However, I would like to corroborate my results with survival analysis techniques.

I have come up with the following basic Cox proportional hazard model in Stata:

In principle, I was quite happy with the model as the coefficients are highly significant and the direction of the effects appears reasonable.

Then I turned to to testing the proportional hazards assumption. First, I did some graphical checks and plotted the hazard and survival functions as well as stphplot and stcoxkm. Things do look quite okay (see picture below). 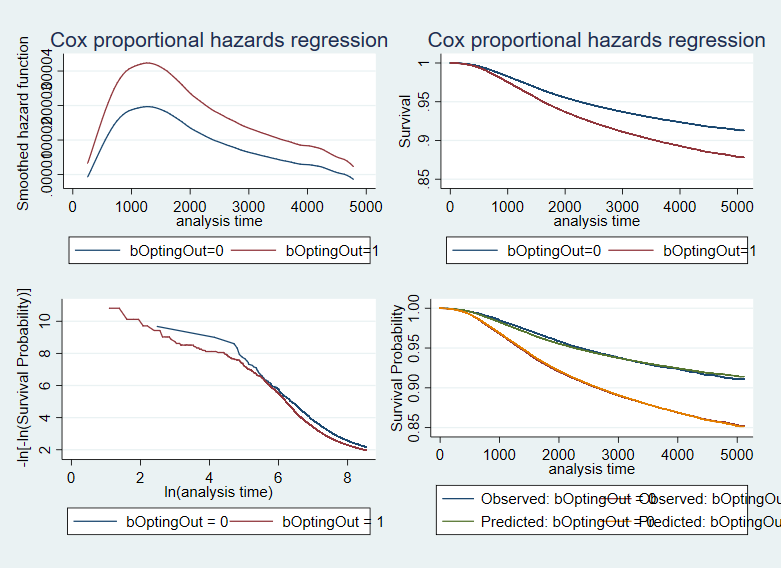 Afterwards, I performed the test based on Schoenfeld residuals (estat phtest) and get a Prob>chi2 value of 0.0000. Based on this, the proportional hazards assumption is clearly violated.

Currently, I have two main questions:

a) Does my data set really violate the proportional hazard (PH) assumption? Or is this simply due to the big sample size I have?

b) If the PH assumption is really violated, is it okay to use a lognormal parametric model instead [streg ..., dist(lognormal)]? Based on AIC/BIC that would be the best of the parametric models.

EDIT: Below I attach a plot of the Schoenfeld resiudals (Stata command estat phtest, plot(bOptingOut)) 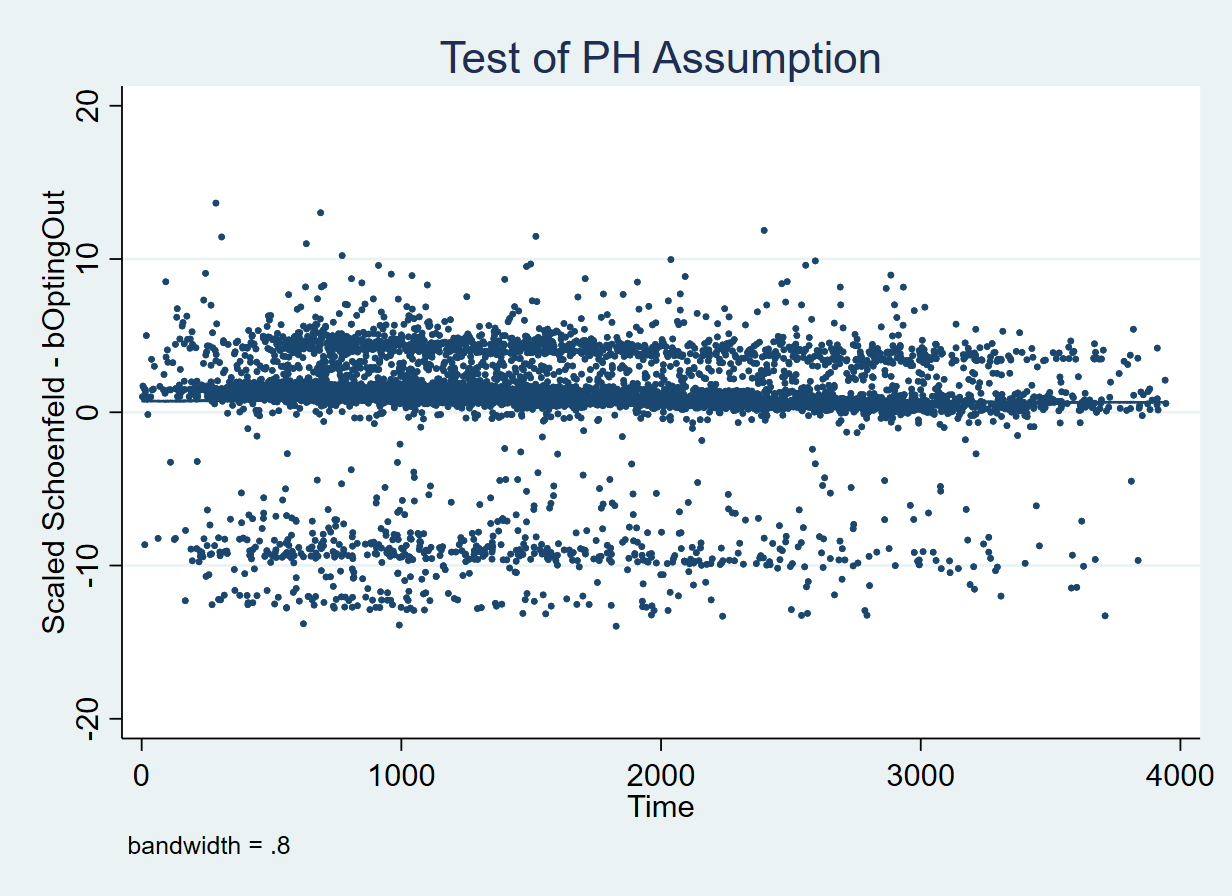 Browse other questions tagged survival stata proportional-hazards or ask your own question.