Analyse my ACF and PACF

I am new to time series analysis, I tried first to decompose my data using the decompose function in R, hoping I'd get a stationary data in the random obtained. I'm planning to fit an ARIMA model to it.

But when I plot the ACF and the PACF of the random error obtained from decomposing I got the foloowing correlogram plots: 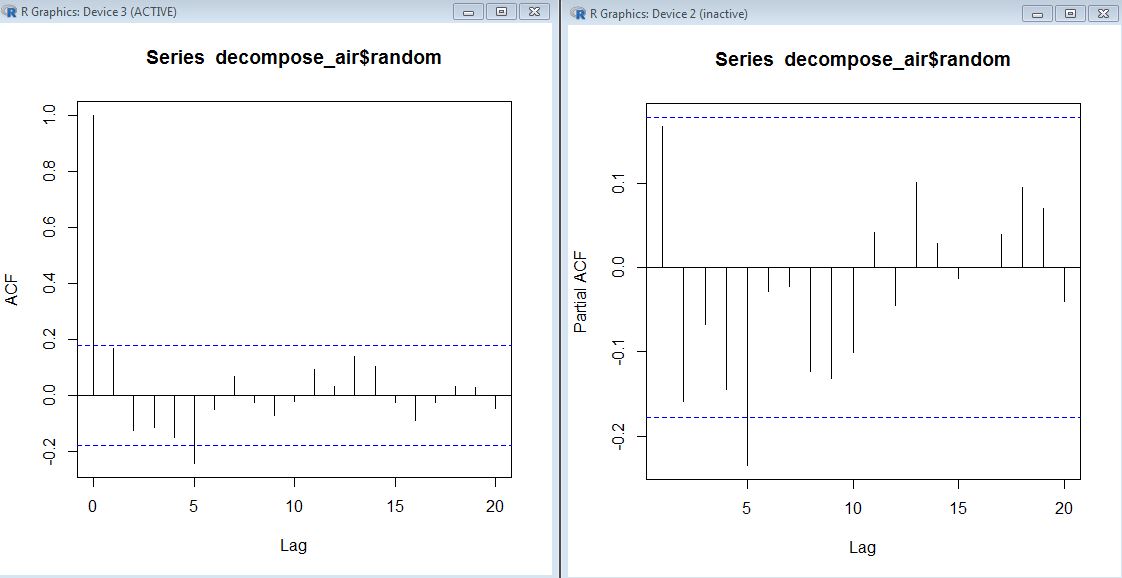 I am not able to determine from these plots the nature of the obtained error, and the order of the ARIMA model that I should use.

Would someone help me in analysing the obtained plots? I would prefer if there is a reference (book, paper, link..) that could help me.

The approach you're following is in essence close to the well-known Box-Jenkins method.

Basically, in the identification part of the methodology, it tells you to analyse the ACF and PACF of a time series in order to determine whether you should differentiate it (both for trend and seasonal components) and which lag-orders you should specify for the moving average and autoregressive components.

For the autoregressive part, quoting wiki:

Specifically, for an AR(1) process, the sample autocorrelation function should have an exponentially decreasing appearance.

This post has a nice intro on how to approach forecasting time series using the Box-Jenkins method.

Note: using the random part of the decomposed series, you're just using the original series subtracted from its linear trend and cyclical component, but you need to validate whether this is the right way to make your series stationary. This can be achieved, for example, using the ADF test, also covered in the post I pointed to.

Not the answer you're looking for? Browse other questions tagged r time-series acf-pacf or ask your own question.