Whether there is significant difference between two gender groups

There are 16 people in the dataset(using subjectID to identify them). Each year, when these people were ages 11, 12, 13, 14, and 15, they provided us a score $y$. We now want to know whether there is a significant difference between male and female people (in their average $y$ score). How could I do? I found that this dataset does not meet the normality assumption. And in "Male" group, say subject 45 will appear 5 times, subject 268 will appear 5 times as well... Could I just use the mean of this "Male" group to make comparison with the mean of "Female" group?

And I also wonder if I can use a fixed effect model to compare these two groups: 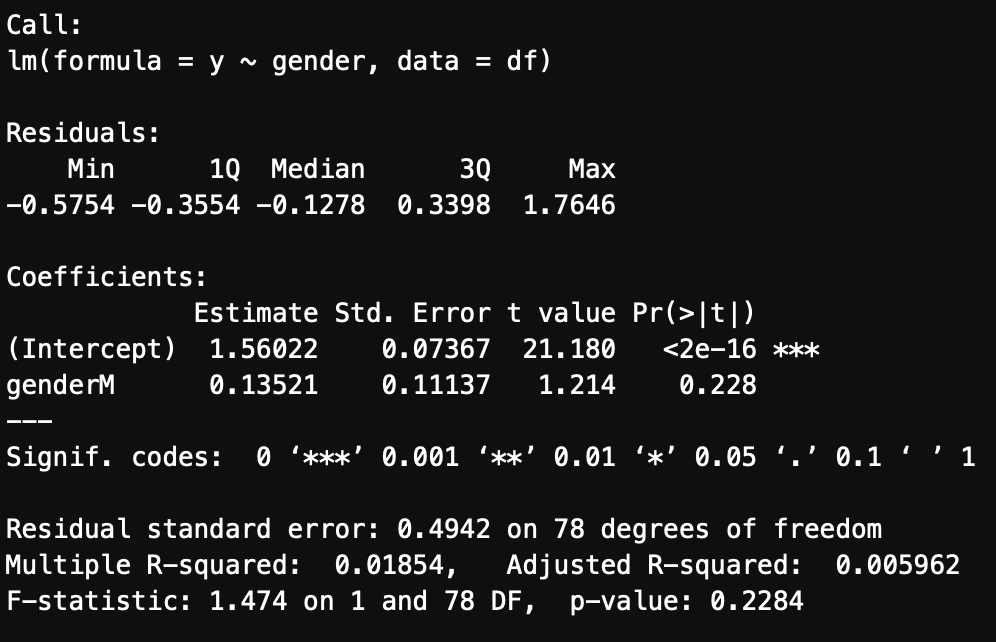 Each measurement occasion is nested with an individual. There are a variety of ways to handle this issue: mixed effects models and cluster-robust standard errors are a few of them.

Not the answer you're looking for? Browse other questions tagged mixed-model generalized-linear-model t-test bootstrap group-differences or ask your own question.