a.Find the probability that the first coin toss results in heads.

b.Given that the first coin toss resulted in heads, find the conditional PDF of $T$.

c.Given that the first coin toss resulted in heads, find the conditional probability of heads on the second toss.

Now i've worked out the solutions to the three questions. I'm going through the actual solutions and i'm confused as to how they've arrived at a particular point in the solution for part c). As they did theirs differently to me i really wanted to understand their approach too.

The solution is here 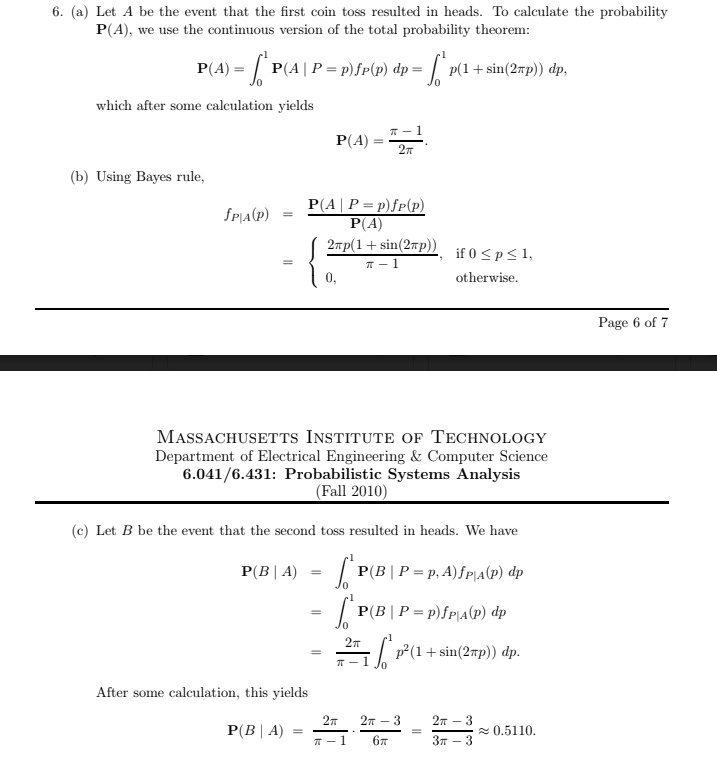 $P(B|A) = \int^{1}_{0} P(B|T=p,A) f_{T}(p)dp$ and my reasoning is if we let $C = (B|A)$ then $P(C) = \int^{1}_{0} P(C|T=p) f_{T}(p) dp$ from the continuous version of the law of total probability. Can someone please explain the answer perhaps with a proof and why my reasoning is invalid. Note this is not for any homework assignment i'm just keen to sharpen my skills in probability theory and i want to understand their approach step by step.

Note my solution was

My thinking is they may have got it somewhere like the following.

Now my guess would be they derived the conditional density distribution from the last part? It looks similar but i realise there is subtleties involved with mixing probabilities and densities. If this is the case i'd be grateful to see the proof thanks!

Conditioning on A has to be respected in both terms under the integral, hence the correct use of $f_{T|A}(p)$.

Replacing $A|B$ with $C$ is not propagated correctly in your expressions and hides the conditioning. 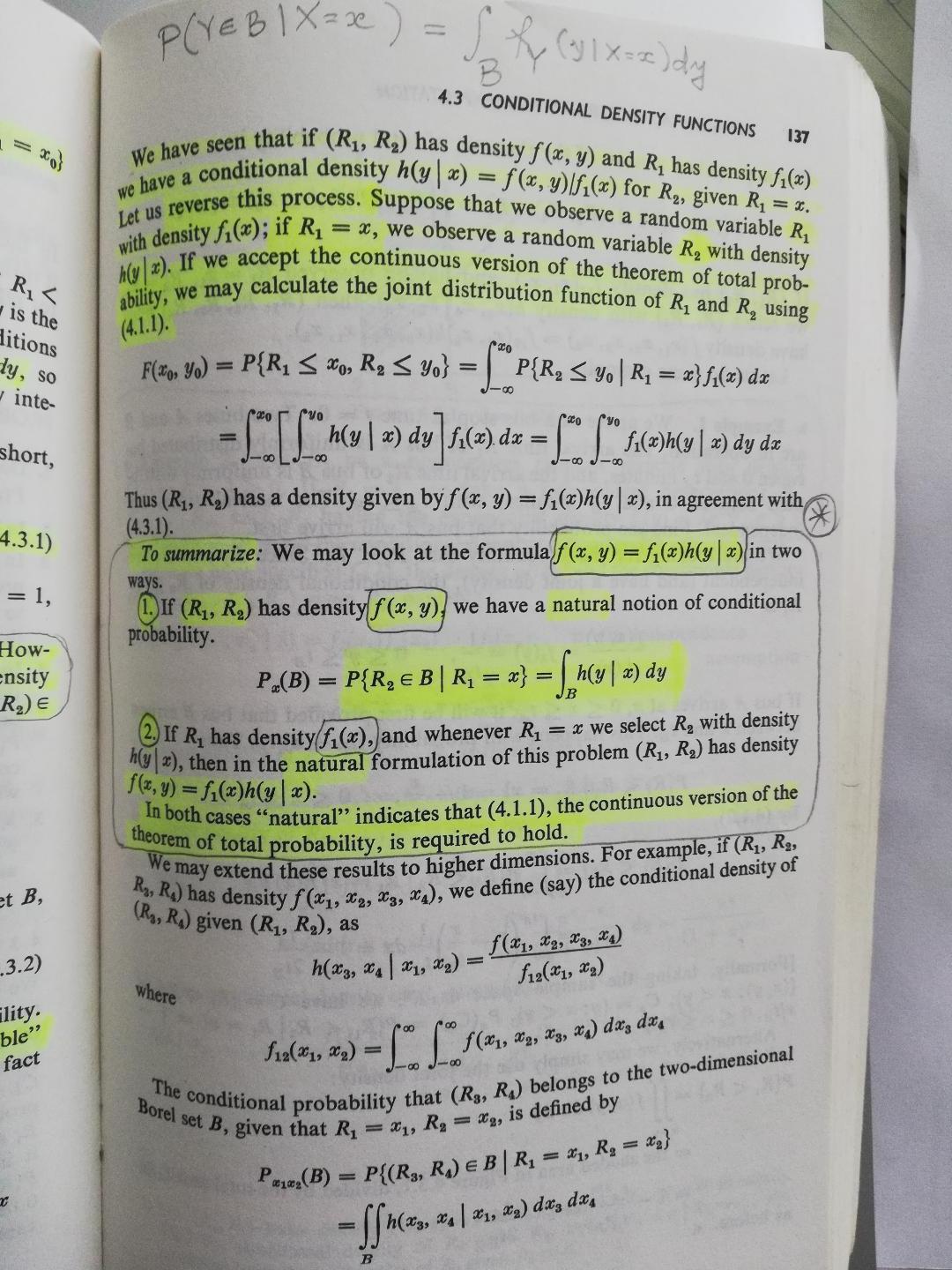 Not the answer you're looking for? Browse other questions tagged probability distributions mathematical-statistics conditional-probability conditional-independence or ask your own question.

1
Conditional probabilities/expectations
4
Verifying independence for two Random Variables
8
How to Prove that an Event Occurs Infinitely Often (Almost Surely)?
3
Joint distribution of a discrete and a continous random variable
3
Expected probability with rigged sub probabilities
0
expected value of money for coin toss
2
Estimating the probability that a coin drawn at random will land on Heads