why do we want the regression with smaller slope? 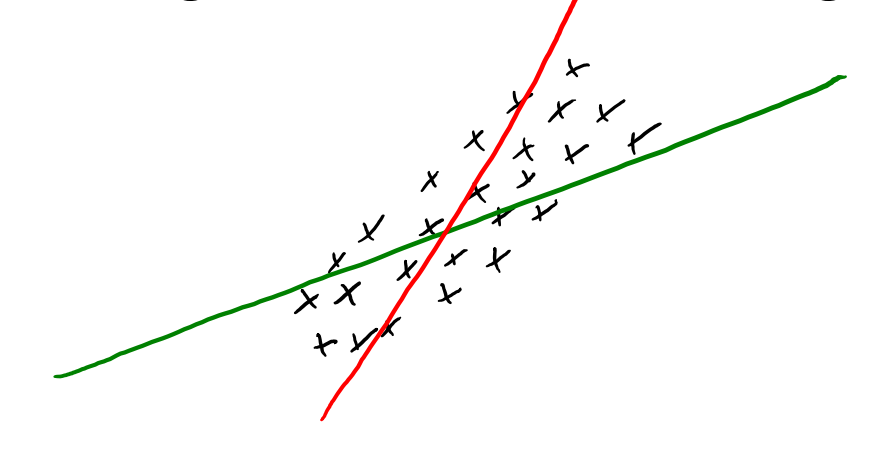 If you are forced to choose between red and green (they have the same training error) which one would you choose?

And I have the answer as below,

Green! Beacuse The slope is smaller, so predictions are less sensitive to having ‘w’ exactly right.

Though, I can not understand why do we want the smaller slope!

I would appreciate if somebody explain it.

I wouldn't advise choosing neither, but if you're forced to choose one, the essence of small slope is lower prediction variance. That's why, in the explanation, it says "predictions are less sensitive". High variance, meaning high uncertainty, is typically not welcome, since you don't want your predictions vary abruptly.

7
The dangers of stepwise variable selection in regression
38
R - Confused on Residual Terminology
5
Why the significance of terms in orthogonal polynomial regression changes with the degree of the regression
9
Why is the Bayesian credible interval in this polynomial regression biased whereas the confidence interval is correct?
4
Why do the ensemble learners do well on regression/classification tasks?
3
Regression predictions show far less variance than expected
4
Masking in Linear Regression for multiple classes