The response variable (y) is e.g. kilos of wheat seeds planted per month. This involves two decisions (1) whether or not to plant wheat (2) number of kilos. Thus there are many zeros (some farmers chose not to plant wheat).

The random variable would be farms.

fixed4 is month as there were only 13 months in the study. I have tried it as random but there are insufficient cases.

Each case in the data set is a farm-month. not all farmers participated in the study for all months (but most did). 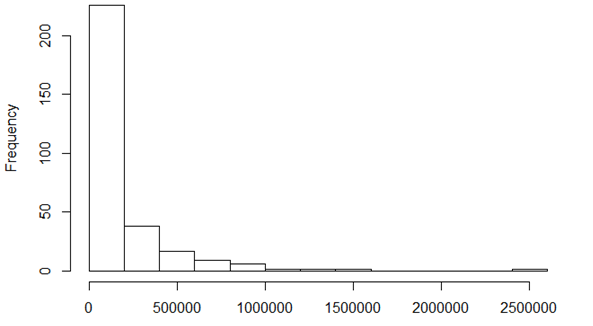 I would like to know the extent to which this is a problem for the model? Is this just an illustration of the warning that "glmmTMB doesn't implement an option to create unconditional predictions from the model, which means that predicted values (in res ~ pred) plots include the random effects. With strong random effects, this can sometimes create diagonal patterns from bottom left to top right in the res ~ pred plot" 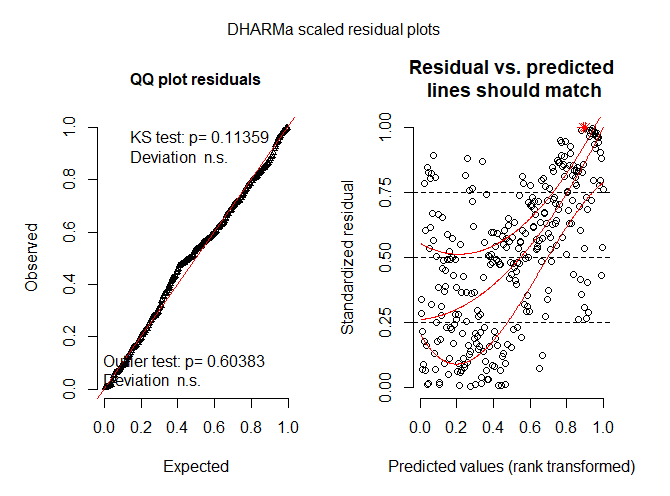 Also is it the case that underdispersion is not at issue in a hurdle model ? see https://github.com/glmmTMB/glmmTMB/issues/313

r residuals glmmtmb
Share
Improve this question
edited May 22 '19 at 15:36

I would answer this on two levels: 1) is this the right model from theoretical considerations, and 2) is the residual plot cause for concern?

Not the answer you're looking for? Browse other questions tagged r residuals glmmtmb or ask your own question.

2
Residual plot for mixed model shows obvious trend
2
What approach can I use to analyse zero-inflated, overdispersed, count data with very low replicates and a nested random effect?
4
Can you use glmmTMB to simultaneously model offsets and zero-inflation?
6
Checking a beta regression model via glmmTMB with DHARMa package
1
Diagnostic plot (residual vs. predicted) of a glmm using DHARMa
1
GLMM hurdle model for continuous data -Truncated negative binomial family in glmmTMB?
1
How can I calculate standardized weighted residuals 2 for a beta family glmm in R?